By Journalist_Aggrey (self meida writer) | 15 days

The Kenyan Entertainment Industry has for a fact taken diverse ways with many entertainers innovating new ideas to delight their audiences. An instance is one Alex Mathenge who has taken comedy to yet another level. Mathenge is a Kenyan actor and digital content creator who produce skits in his blue police uniform majoring in cop comedy. 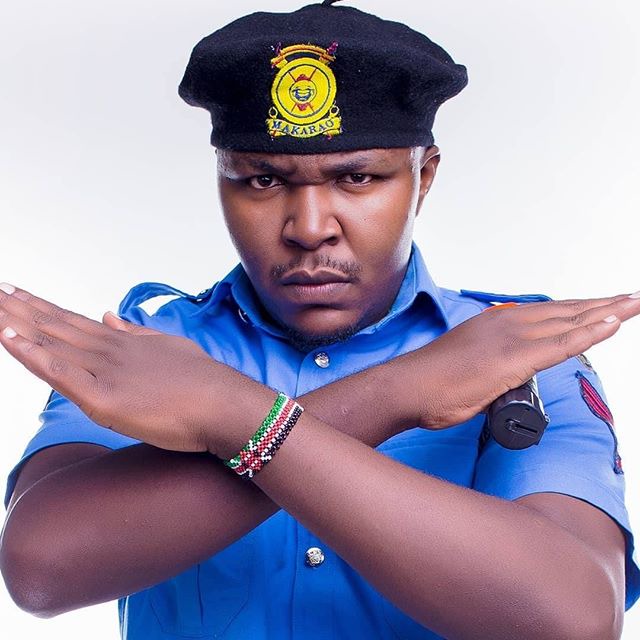 The witty Comedian is among the Kenyan YouTube Content creators who have been awarded silver buttons by the same organisation. Yesterday, just after a video of Singer Ringtone Apoko circulated the internet with claims that he had been arrested, Kenyans later came to realise that it was all but a scripted drama after spotting Alex Mathenge in the video courtesy of his signature belt that he always wore. 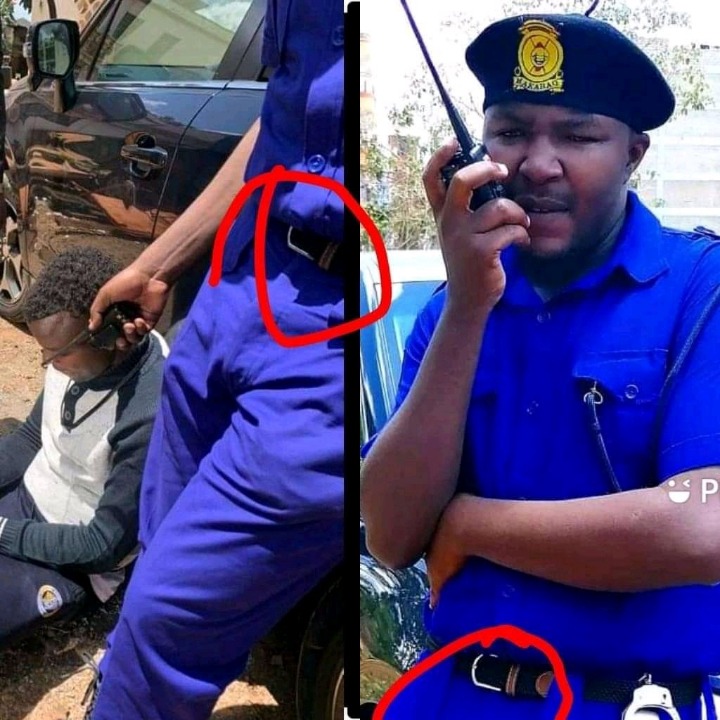 Well, it turned out to be true as it was confirmed that Ringtone was only shooting a music video for his new song. Making fun from the incident, Alex went to his Instagram on a Question and Answer session inquiring from his fans what they knew about his belt.  Among the many funny answers, one fan had garnered Mathenge's attention by trading his answer with a question.

There is always a negative notion about individuals in the Kenya Police with regards to their academic performances, that is probably what drove the fan to the amusing question.

Mathenge confidently replied revealing what he scored in his KCSE examinations.

"I was a bright boy, a got a B+ back then." Mathenge confessed. 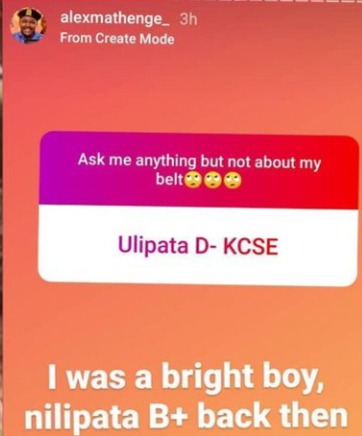 One thing that Kenyans might not know is that Alex Mathenge is not a real police officer and has only majored on the path with regards to comedy. The Kenyatta University graduate studied a Bachelors degree in Theatre Arts back in 2009. 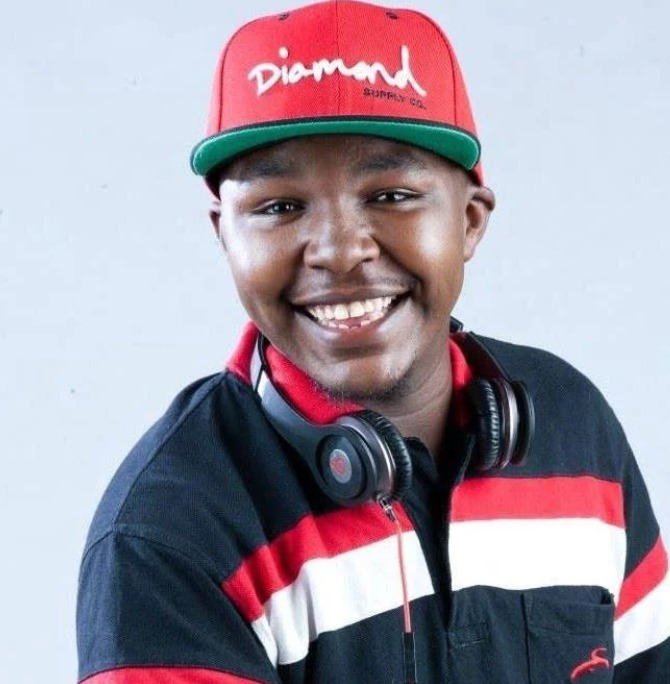 He has lived almost all his life in comedy, he worked as a volunteer At KU FM and later after graduating worked as a writer for NTV's animation Show XYZ. Mathenge also did voice animation for former President the late Daniel Moi.