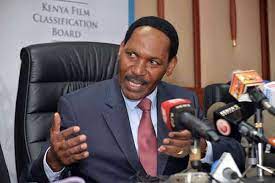 Ezekiel Mutua, the Chief Executive of the Music Copyright Society of Kenya (MCSK), has chastised the Kenya Copyrights Board (Kecobo) for siding with music group Sauti Sol in a copyright dispute with the Azimio la Umoja One Kenya Coalition party.

Dr. Mutua stated Kecobo's remark was false because Sauti Sol, as member of MCSK, turned over their copyright rights to the organization to run on their behalf.

"KECOBO's statement is completely deceptive and misguided. We licensed the Raila Odinga Presidential campaign utilizing the government's existing pricing. Ezekiel Mutua said, "Our members, including Sauti Sol, have assigned their rights to MCSK to administer copyright on their behalf."

Azimio had allegedly broken copyright law by synchronizing one of the artist's tracks, according to Kecobo.

They stressed that the party required a synchronization license rather than an audio license, for which Mr. Odinga paid approximately Sh500,000. 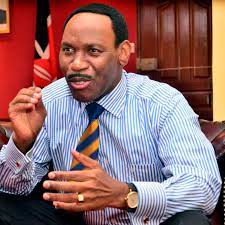 "Generally, Collective Management Organizations provide a license to entities allowing them to use sound recordings for public performance. "It is public domain that Azimio has secured a public performance license allowing it to play both local and international music at its rallies and events," said Edward Sigei, Kecobo executive director.

"However, using a sound recording as a soundtrack with visual pictures in a film, video, television show, commercial, or other audio-visual creation is not one of the uses permitted by a public performance license." Only the composer and publisher can provide a synchronization license. He continued, "They have the authority to negotiate and provide a synchronization license."

Sauti Sol accused Azimio presidential candidate Raila Odinga of not requesting their permission to utilize the song's music in his running mate's announcement post in a statement released Monday. 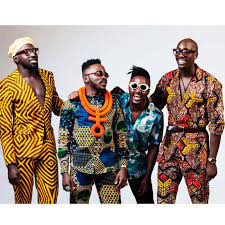 They (Sauti Sol) claim that the action is a gross violation of their basic and fundamental rights to property and association.

The Azimio coalition used their music without permission at a ceremony when Raila Odinga's running mate, Martha Karua, was introduced.

"We'd like to reassure our celebrated musical team @sautisol that we adore and respect their work." Every Kenyan appreciates the group's efforts in raising our country's flag in international forums. "Playing their music yesterday was a sign of support for their work," according to an ODM statement. 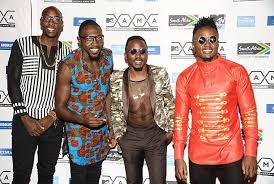 "Any person who causes a literary or musical work, an audio-visual work, or a sound recording to be performed in public at a time when copyright subsists in such work or sound recording, and where such performances are an infringement of that copyright, shall be guilty of an offense," according to Section 38 (c) of the Kenya Copyright Act 2021.

"Unless he can show that he behaved in good faith and that he had no reasonable grounds to believe that copyright would or maybe violated," says the law.

Offenders might face a fine of up to Sh500,000 or a four-year prison sentence or both.

The Kenya Association of Music Producers (KAMP) and the Performers Rights Society of Kenya (PRISK) jointly revealed the same tariffs charged for separate licenses throughout the 2017 election campaigns. 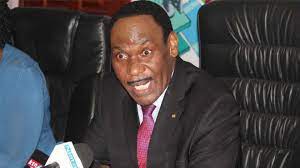 Ahmednasir Names Counties Under DP Ruto in Western Region, Reveals Where Raila Will Beat Him