"Everyone Insulted Me, Saying That I Was A Bad Reporter, It Was Tough" Popular Tv Presenter Narrates

By Carreynews (self media writer) | 25 days ago

Njoroge wa Githinji is a tv presenter and one of the best at his job. His journey as a presenter has been through hard tides that at some point he even gave up hoping and waiting.

He started his journey working in a quarry. Working there taught him patience and the lack of funds taught him to be satisfied with whatever small he got.

After form four, his dad offered to take him to media school for two months. Those were the months he could afford to pay for his school fees. 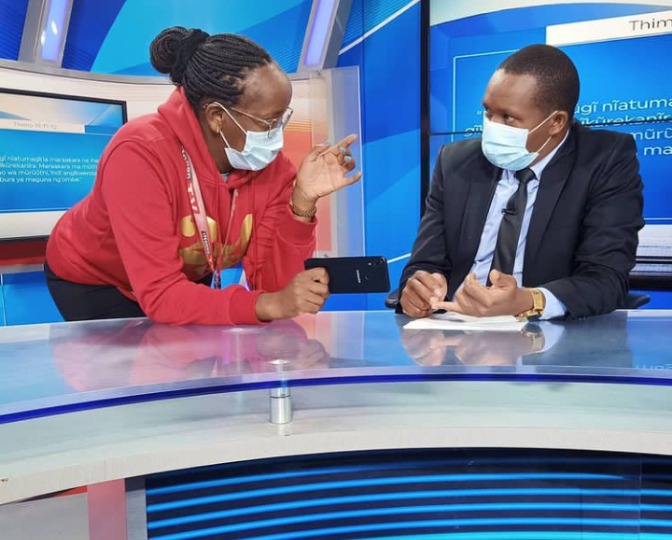 He studied and got employed at kameme and later landed a job at K24. He worked there for 8 years until the day he was fired among many others.

After being fired, he went back to the quarry working alongside his brother until he got a job at Inooro tv.

Landing that great job In Inooro made his life very miserable. People ganged up to tell him how useless he was. Many netizens insulted him telling him that he would only pull Kamau wa Kang'ethe backwards career wise. At some point, he allowed the Negativity to get to him and make his life miserable but God held him up whenever he fell.

Right now he is Celebrated as one of the most disciplined tv presenters. He has stood his ground and upheld very high moral standards.

His message is that of peace and perseverance and hard work.