Brian Ogana is a Celebrated Kenyan actor and a darling to many Kenyans. His fame grew greatly when he played as a major character in the drama series named Maria which airs on Citizen TV.

On the drama series, Brian plays the role of Luwi who is a boyfriend to Maria, the son to William Hausa and his wife Vicky. He also plays as brother to Victor and Vanessa.

Luwi's acting skills are quite excellent and appealing such that he stole the show and became the centre of interest in the early stages of the drama series.

This made him get so many viewers and followers even to his social media pages. At some point, Kenyans were saying Luwi should be crowned the best male actor and best overall actor in kenya due to how well he executed his acting skills.

On screen and off screen, Luwi is also noticable due to his magnificent dressing. He has an attractive taste to fashion where he is always seen on cute suits.

In addition, Brian is an eloquent speaker of the english language.

All these attributes have made him a darling to many especially the female gender.

On instagram, Luwi has hinted his hobby to his many followers and people who like knowing much about their Celebrities can add something new about the actor.

Posting a picture of himself holding a book, presumably a novel, Luwi said he loves it when he gets to learn a new word. 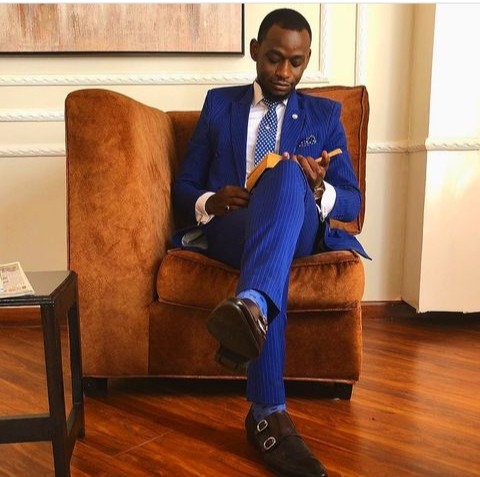 On his caption to the photo Luwi said, " The spark that's ignited when I come across a new word, now nothing gets me high like a good read, and the smell of a books page."

From his words, it can be observed that the actor loves reading and learning new vocabulary. No wonder his mastery of the english language is admirable.

Photos Of Diamond And His Ex Wife Zari Hassan Having Great Time With Their Children In South Africa.

Why BBI Is Facing a lot Criticism (Opinion)

5 Ways To Avoid Being Broke After The Expensive Wedding