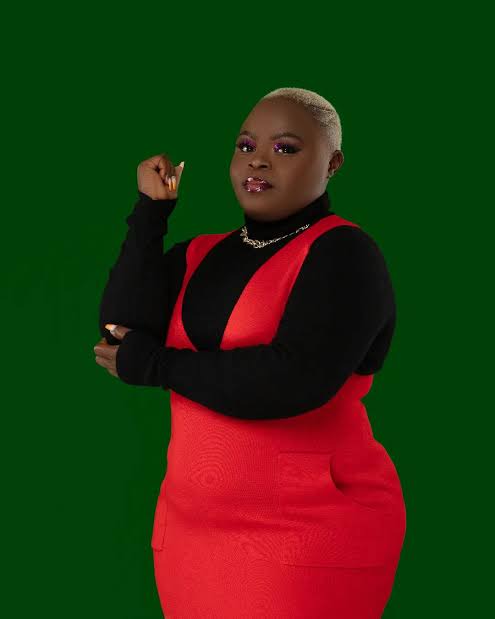 Purity Vishenwa popularly known as Pritty Vishy is a Kenyan upcoming socialite who is also Stivo Simple Boy's ex-girlfriend. Recently, she has been receiving trolls on her TikTok videos comments. Pritty has tried her best to overcome the trolls but they are becoming too much on her.

Speaking in an interview with Mungai Eve, Pritty has emotionally expressed her sorrows indicating that she has no one to turn to except her mother who is abroad. Her mother is always trying to defend Pritty in her comments because she is in all social media platforms. One of the trollers even compared her "sitting allowance" to that of Kinuthia the tiktoker. She also added that some of the netizens call her a vampire due to her sharp front teeth.

Pritty has gone a step further to put some teeth braces worth Sh.120000 in order to fix the sharp teeth. This is after one of her fans shown concern and connected her with a dental hospital which could fix her smile. On the contrary, the hospital overcharged her claiming that she must create free contents for them in a period of three years without payment and therefore Pritty and her manager opted for Gegocare. Pritty had always felt insecure about her body weight only to find that people noted her teeth instead. She also confirmed sucking her finger and tongue which might have been the main cause of her teeth problem. She has learnt to love herself in order for others to love and cherish her.

Pritty has also revealed that her mother contributed to her shift from Kibera for she feared on Pritty's security. People has also made assumptions that she is earning a lot of money because she is in the limelight but on the contrary, the manager feeds her sometimes. Pritty has complained the high cost of living in her current residential area.

In the case of Stivo Simple Boy accusing her of aspiring for premarital sex, Pritty has declined all the allegations indicating that their relationship was not intimate and they were more of reverend and apostle. She cheated on Stivo because she was never attracted to him and he never knew how to handle a woman. Pritty keeps on supporting Stivo in order to avoid blame game from Kenyans although Stivo has never appreciated her efforts.

How To Know If A Guy Seriously Wants To Date You, Here Is How To Test What His True Intentions Are

How To Make Him So Attracted To You

How To Remain Irresistible To A Man, Follow These Tricks And Keep Any Man Hooked On To You

Abel Mutua Confirms that Him and Her Wife Won't Get Another Child.