By Mr.brownP (self media writer) | 1 month ago

After Kenya’s leading TV Stations including Citizen TV, KTN Home and NTV announced temporary halts on TV dramas’ and comedies’ production, stars came out asking for help when they hit a rough patch. 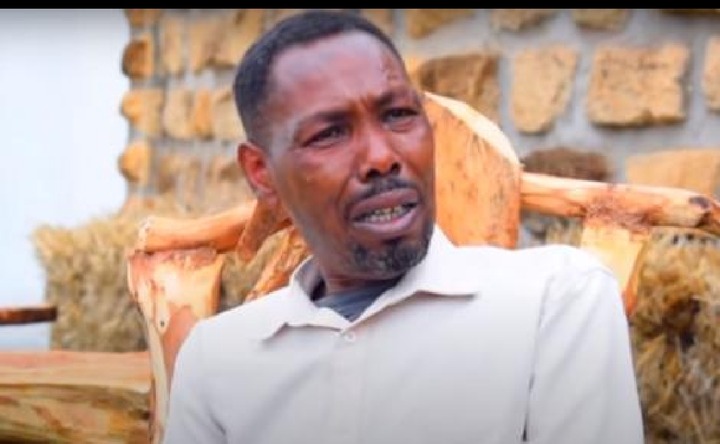 Most notably, Tahidi High actor Kinuthia Kamau alias Omosh surfaced in June 2021 seeking menial jobs after leaving the famed show that had a cult-like following during the aughts. Omosh cried for help just weeks after Kenyans had galvanized contributions he claimed yielded less than Ksh1 million and could not comfortably settle his debts .

Other stars including Machachari’s Tyler Mbaya alias Baha and Malik Lemuel popularly known as Govi as well as stars from other shows across the industry also ran into headwinds after production on their shows hit an abrupt halt.

It turns out that the predicament that some of the stars find themselves in after their 15 minutes of fame runs out is largely a tragedy of their own making.

An industry veteran, who had interacted with some of the stars and spoke on condition of anonymity, explained that for most of the actors, apart from the fame that the line of work attracts, the industry requires savings and investment discipline just like any other profession.

He further noted that some of the stars, who enjoyed fame and fortune at the peak, did not properly plan their finances.

"It is not about actors, It is in every discipline... Actors are not different from any other employee. who wants to earn a living. It is all a question of personal discipline.

"Artists are not special, it happens in every discipline in life,” stated the veteran.

For some stars who join the industry with an eye for acting and giving out quality work, their efforts are shielded by the fame that not many people can handle really well.

The media manager told this writer that some stars gave in to repeated free alcohol offers from stunned fans and easily found themselves hooked to alcoholism.

"There is a cost to fame, when you are famous and everybody recognises you in the supermarket, people tend to deal with that differently. There are people who can't handle fame and sometimes it put pressure on people to leave beyond their means because they are famous.

"Also because you are famous, people will be very good to you and it is very easy to slip into alcoholism because everybody is buying you drinks and you are being invited to a lot of things,” he added.

BBC journalist, Ferdinand Omondi, who played a role in Tahidi High show before ditching theatre to chase his career as a journalist, explained that it always narrowed down to planning and expanding horizons, a character that some of the actors lacked.

He joined Tahidi High while interning at Citizen TV and when the opportunity to enhance his career opened up, he exited the stage.

"I sought of had a back-up plan. I studied journalism at KIMC (Kenya Institute of Mass Communication) and by the time I got Tahidi High, I was actually doing an internship at Citizen TV. After getting that job, there are those who will be happy just doing Kenya National Theater and doing the play. There are those who will actively look at other opportunities.

"For me, when there was an opportunity to some journalism, I weighed between Tahidi High and journalism, which was a career at that time and I put acting aside,” he stated.

He noted that some stars became egoistical and did not expand their horizons. In some instances, actors could curtail their own progress by acting stubborn on set.

"I do know that some people were staying there. There are those who got in there who do their acting and are asked to write scripts and camerawork and will keep their eyes open for other opportunities. You think you already arrived. If you are stubborn on this set and are trying to get on another set, scriptwriters and producers usually talk and it becomes very difficult to get another job,” he added.

5 Things You Should Always Keep Private

'Glow Up, The World Needs Your Sauce' Michelle Ntalami States On Her Latest Post Causing Admiration

A Middle-Aged Man Burns Himself Alive After Breakup With Wife