By Scopeafrica (self meida writer) | 12 days

Sensationalizing bongo artist Harmonize has left social media users talking after he was spotted wearing an outfit full of knives and spoons,his outfit made netizens to brand him a new name "Harmoknives".In that particular photo Harmonize is seen wearing a back jacket but with knives all over,his fashion has left Kenyans tongues wagging.

Three weeks ago Harmonize was accused of sharing photos with ex girlfriend daughter, since then Harmonize has distanced himself from social media,according to him he was tempted into having an affair with his fiancé daughter,although he was criticized for his actions,Among those who slammed him was ex Wasafi singer Rayvanny. 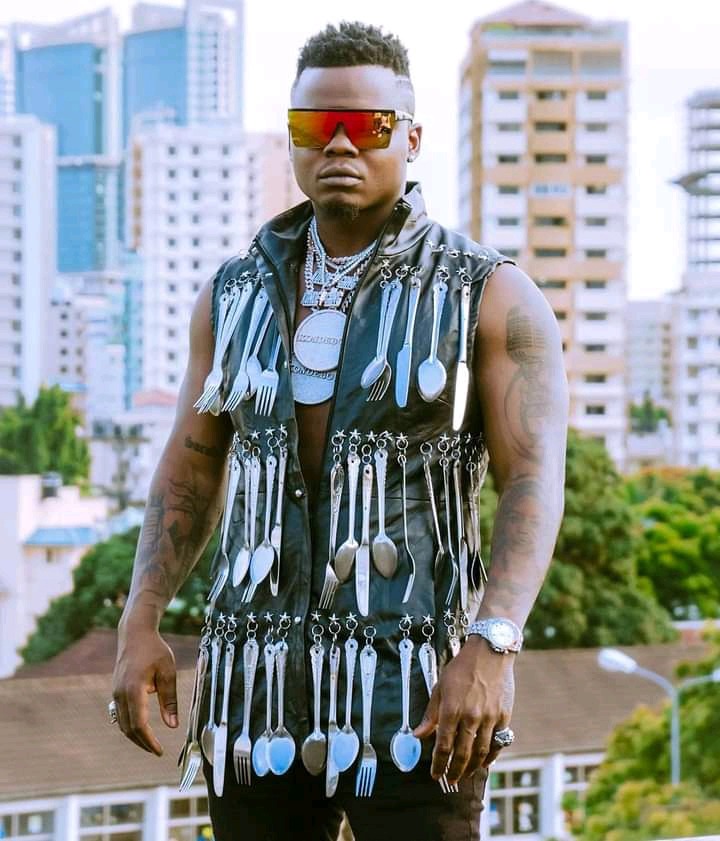 Although he apologized to his girlfriend,Harmonize has been avoiding the press until,but last week when he was realising his video with Awillo Logamba he was heard saying that he surpassed Diamond platinumz,his involvement with her step daughter sparked an outrage in social media but later apologized,since leaving Wasafi and creating his own brand Harmonize has been a critic of Diamond with competition coming between the two

After Burnley Win 2.0, See Arsenal New Position and Other Teams

Solsjaer Wins Big After an Online Newspaper Apologized to Him: Fans Brand Him "King of Comeback"

'My Gang Will Attack You,' What Vera Sidika Told Brown Mauzo After Commenting This On Her Post

DJ Khaled, Justin Bieber And 21 Savage Have Made It In A Great Collabo