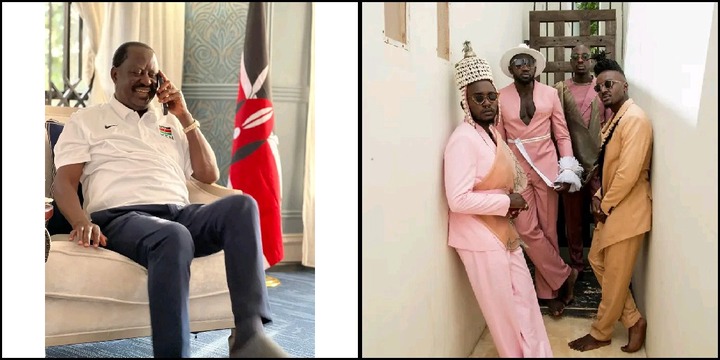 Sauti Soul in the course of the day had threatened to sue Raila's ODM campaign team for allegedly playing one of their song without obtaining their permission during a campaign rally. 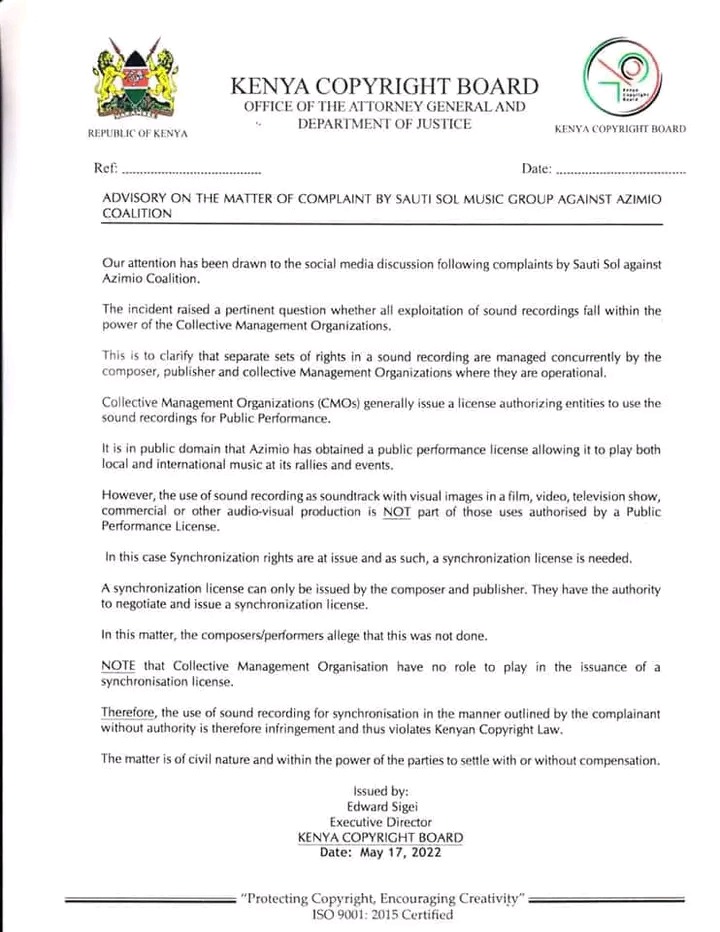 Raila's campaign team yesterday, May 16th played the nice song during the running mate launch at KICC. Sauti Soul group seemingly didn't find it comfortable by the move to play their song at the rally.

Sauti Soul's threat caught the attention of Ezekiel Mutua who is the CEO of the Kenya films classification board, he clarified that Raila was free to play any music in his campaigns as he had already payed the wanted fee to the Kenya Copyright agencies and was issued with a legal license. 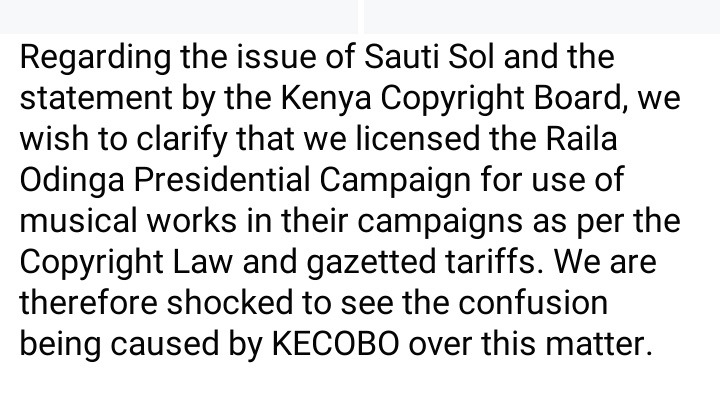 Ezekiel said that there was a confusion caused by KECOBO (Kenya copyright board) and that Sauti soul were wrong to move into court. 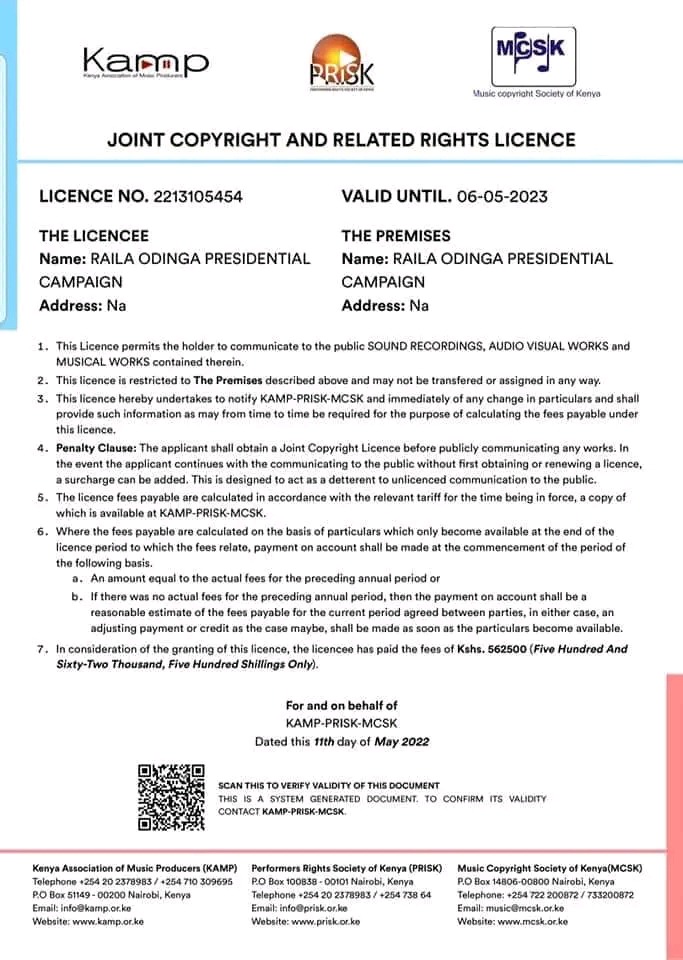 One of sauti soul's member, Bien, made a post towards the comments made by the netizens. He claimed that the politicians who were denying them their rights will be the same ones who will turn against the netizens at some point. 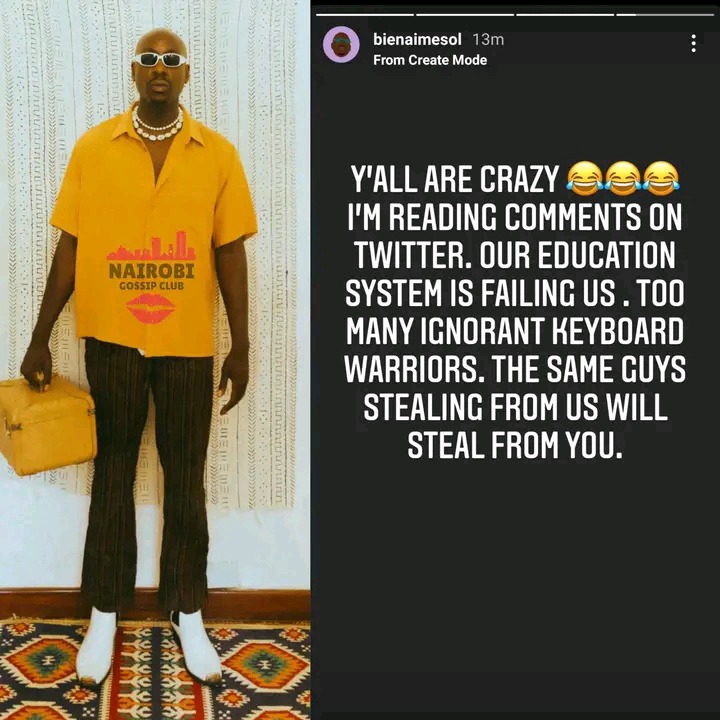 Raila Hits Out at William Ruto for Condemning the Government, Dares Him to Resign