By MartinMurigi (self meida writer) | 3 months 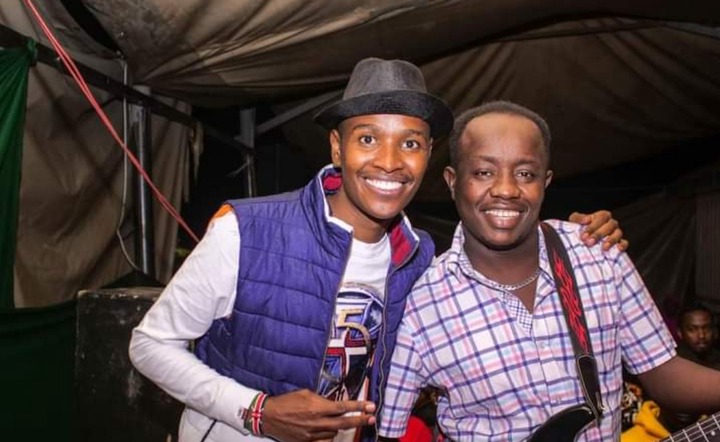 Popular Kikuyu musician Samidoh has found himself in a tight corner with a section of his fans over a latest statement on the death of fellow Mugithi artist Mighty Salim.

Samidoh announced he will on Sunday perform during an event organised to pay tribute to the musician who died a few days ago after battling kidney failure, diabetes and blood pressure for quite some years. 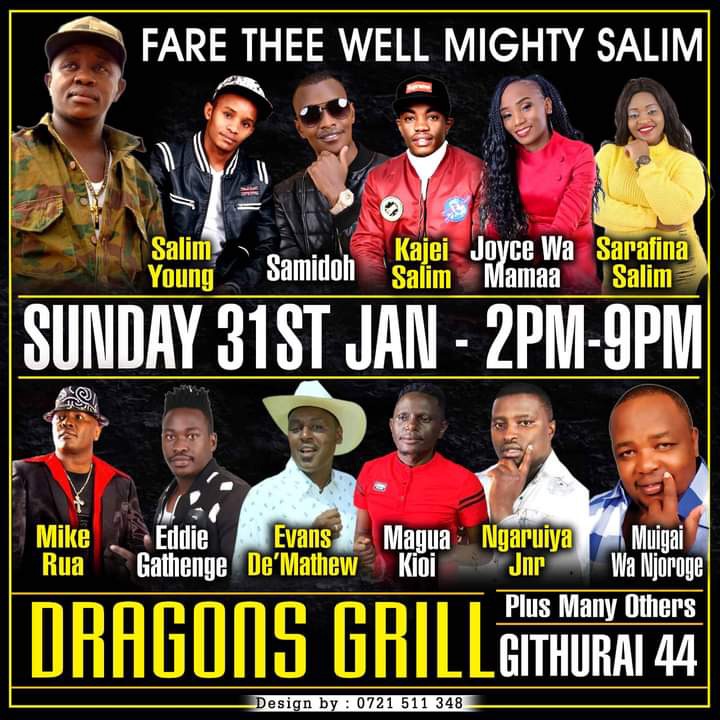 Dubbed as Mighty's Farewell Mugithi show, the function will be held at the Dragons Grill in Githurai 44 and 11 musicians are set to perform.

They will be led by Samidoh and Mighty's family members Kajei Salim, Salim Young and Sarafina Salim. 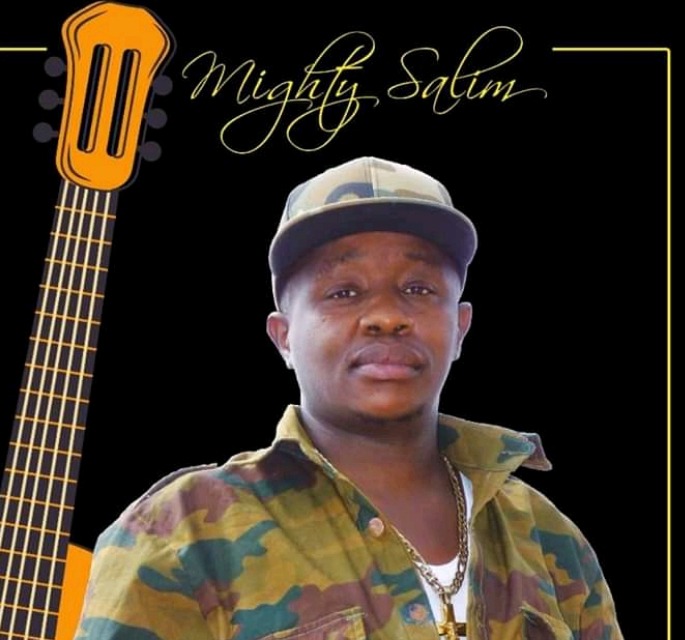 The announcement did not go well with some fans who accused Samidoh and his colleagues of failing to organize such events when Mighty was sick and conducting fundraisers to offset hospital bills. 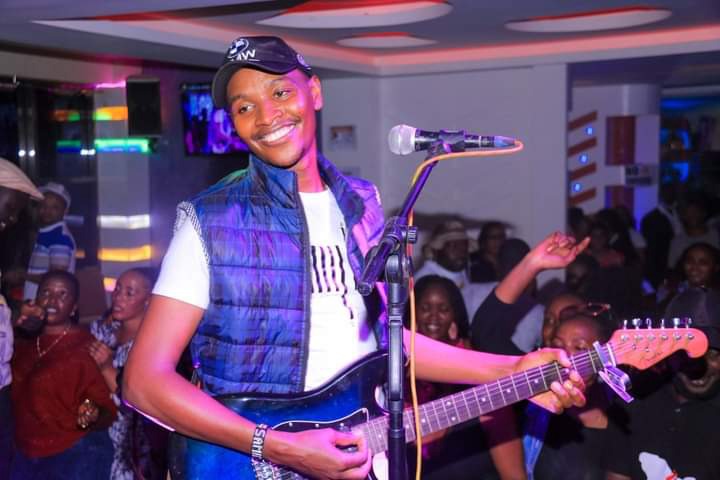 "Now it's time to make money with Salim's death, that's not good. Where were you when he called almost all musicians for help," said Julius Kinyanjui.

Prissy Wairimu said: "This is exactly what he was talking about before he died. Where were you when he needed you? Shame on you Samidoh and crew. You get performances every weekend and you couldn't drive a harambee for one of your own? Bure kabisa. Buying an expensive coffin means nothing to him him if he can't even tell what color it is." 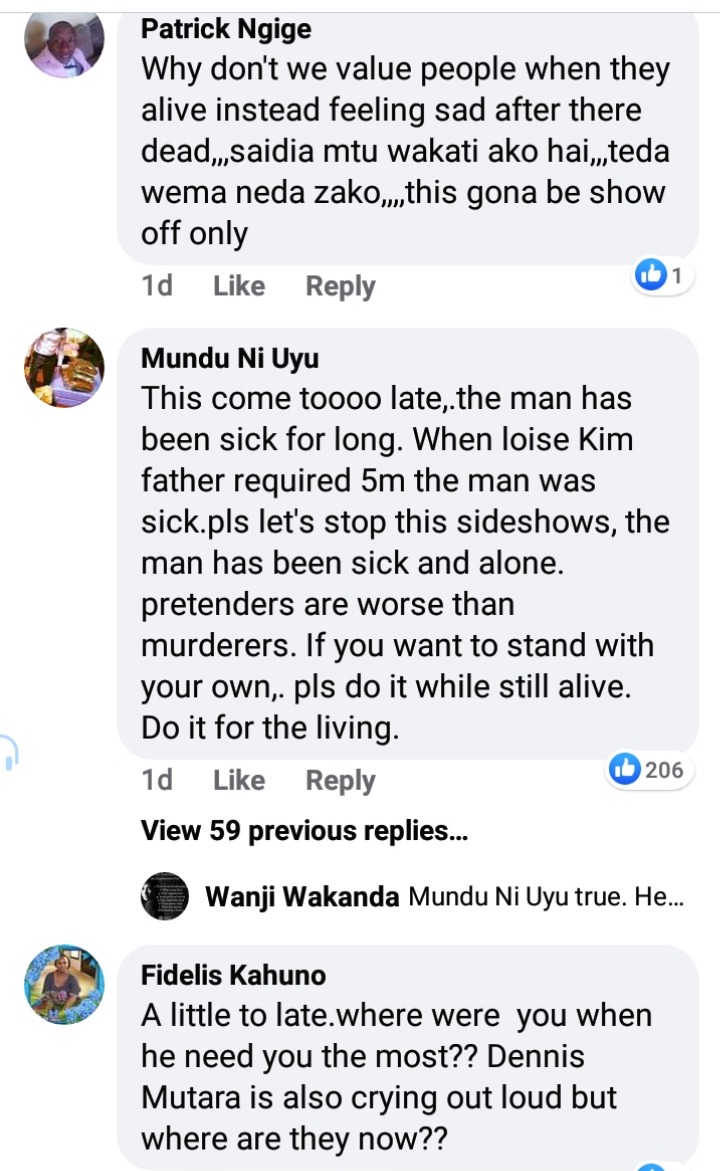 "Musicians if this is not the wish of Salim stop this drama and let Salim rest in peace remember mutara is also in agony," said Caroline Wambui. 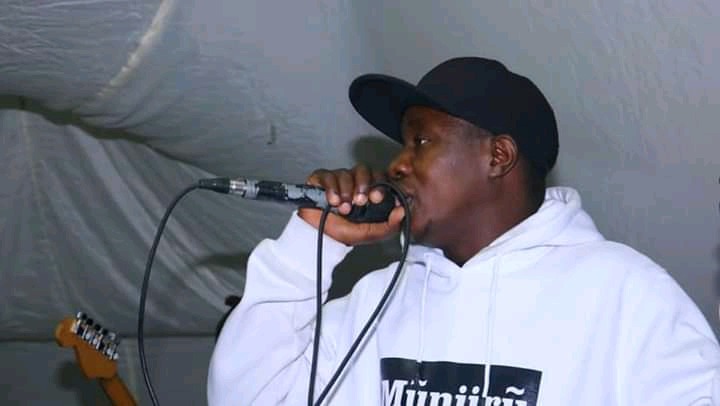 But some fans defended Samidoh saying he should not be abused without proof that he did not walk with Mighty during his painful before the ultimate death.

Shikoh Tinah: "Just because the late highlighted those who didn't help him at his hour of need makes you generalise every artist turned his back towards him even his own blood.na wenye wako na mdomo kubwa hapa ata hawakuwahi muombea shame on you and let the family mourn in peace and for mighty may he rest peacefully." 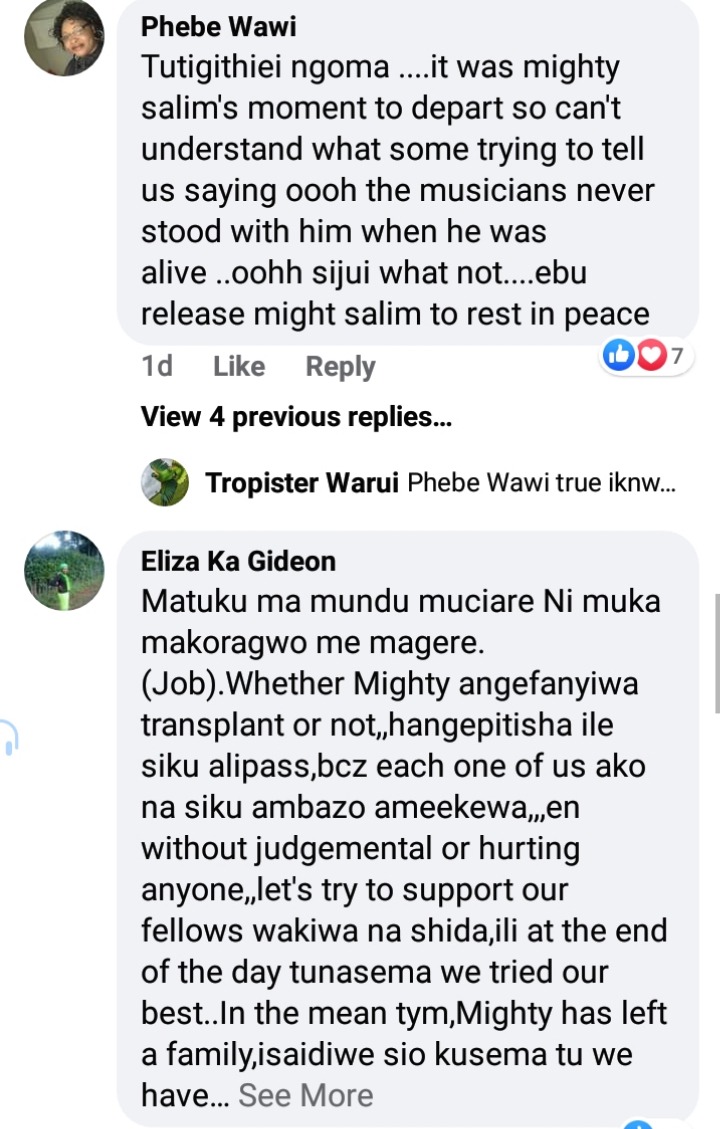 Caroline Muchangi: "I can see salims in this group.so if this ppl are as bad as everyone is trying to paint them i don't think family members wa mighty Salim wangekubali.lazima Kuna wale musicians walimsaidia hata Kama si wote. Stop being so judgemental." 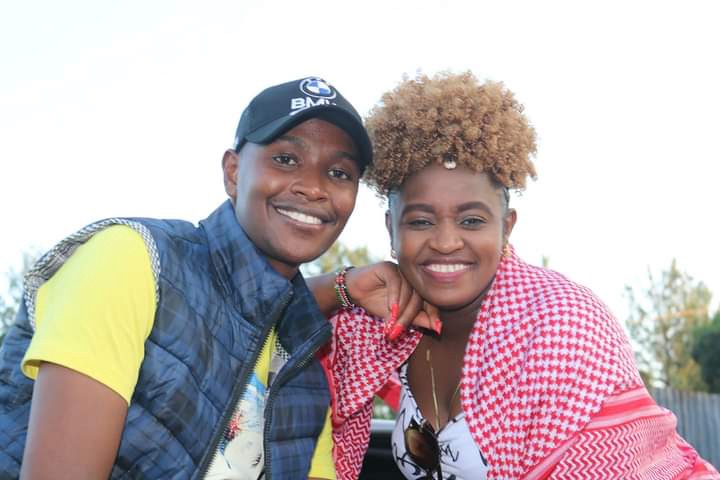 However, it is important to note despite some allegations made about Samidoh and his colleagues, the event will be used to collect funds to pay Mighty's hospital bill and plan for his Tuesday's burial.

Mike Rua on Thursday confirmed the artist will perform for free and will also contribute their personal money to support the family of the fallen Mugithi star. 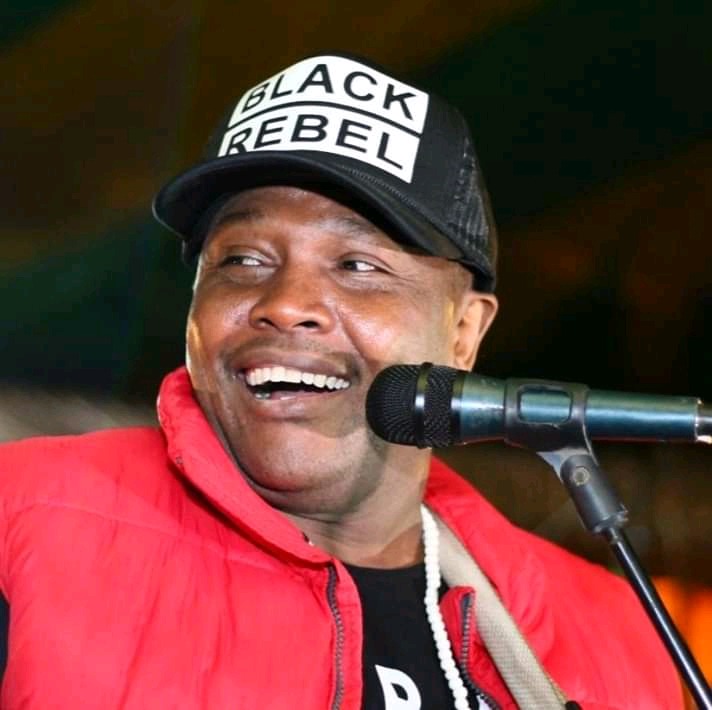