By misen (self media writer) | 1 year ago 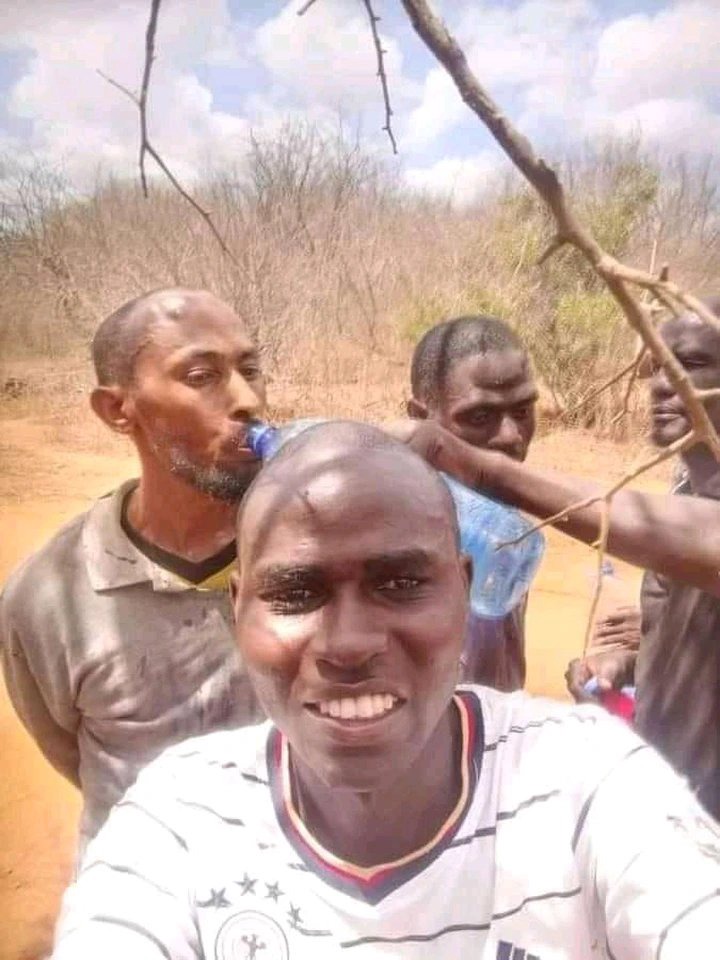 The man who led fellow villagers in Mwingi, Kitui County, to capture the three terror convicts who escaped from Kamiti Maximum Prison has finally spoke out about the incident and how the successful acted to strain the victims. According sources sympathising Kenyans have taken to social media to express their fear and mercy for the Kitui man who became an internet sensation after leading to the capture of three Kamiti fugitive prisoners. 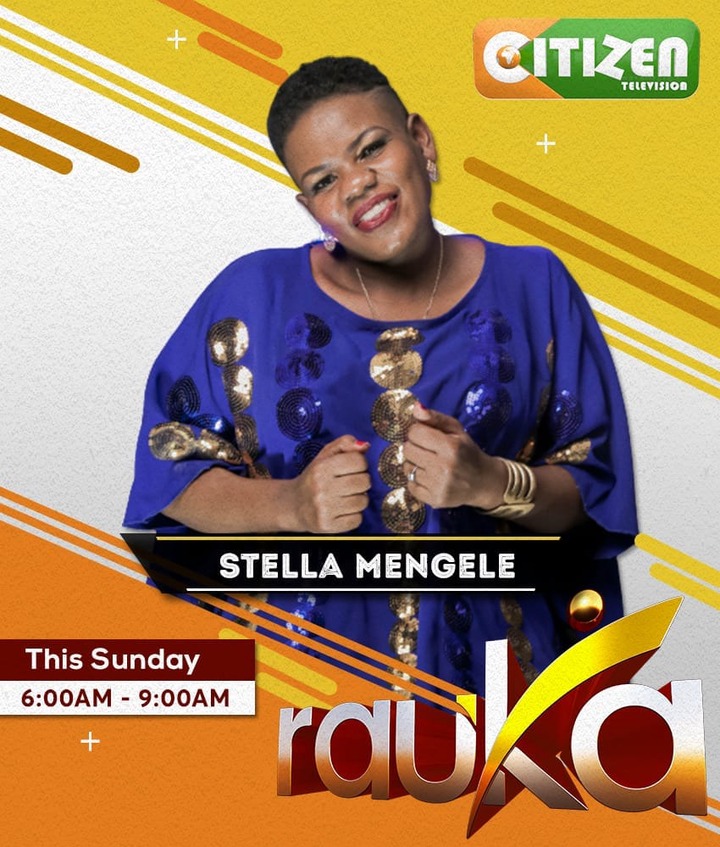 Nonetheless, photos of the controversial man commonly known as James Mwaniki taking selfies with the escapees flooded the internet and news headlines after the arrest and are still circulating now. Meanwhile, following a post share by TUKO news of the Facebook page today the Kamba local gospel singer commonly known as Stellar Mengele has shown her concern following Mwaniki's identity. 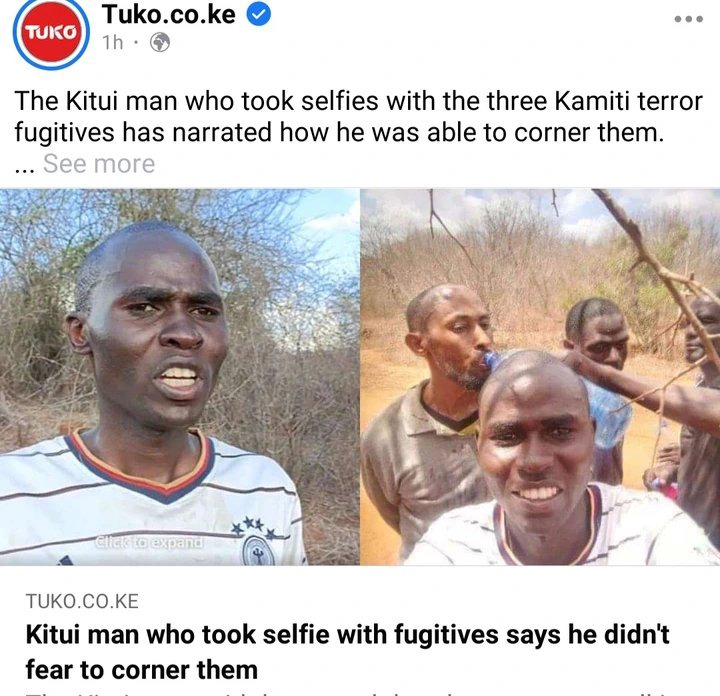 Following her concern the controversial Kamba musician pitied the controversial man claiming that his identity the government sould have kept it from the public for security purposes. ''Sasa surely, si utauawa na magaidi? I thought his identity should be kept from the public,'' she commented using crying emojies. “He needs state security. His life is in danger from Al-shabaab and slay queens,” wrote Wanoni Mike another Facebook user said. See the Kenyans reactions; 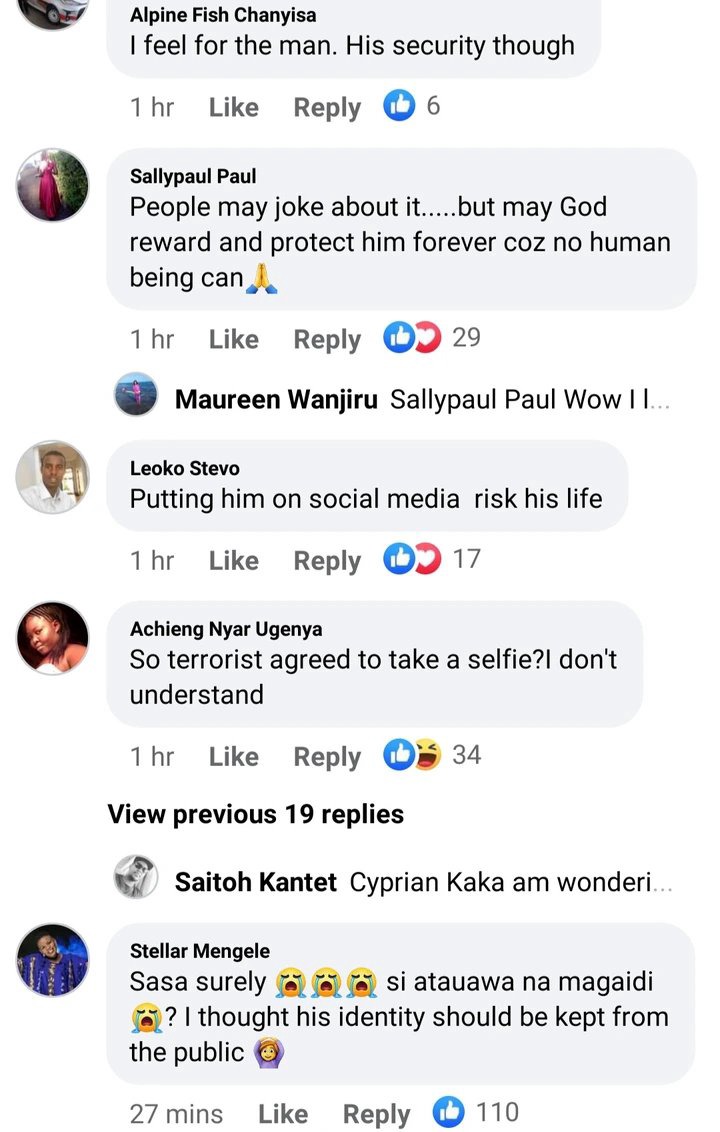 Generally, this means that his face is known to many people not only in Kenya but also around countries who have interest in Kenyan affairs.  Do you think the man will be safe? Did he compromise his security by taking selfies with the criminals?