By Benweka (self media writer) | 1 month ago 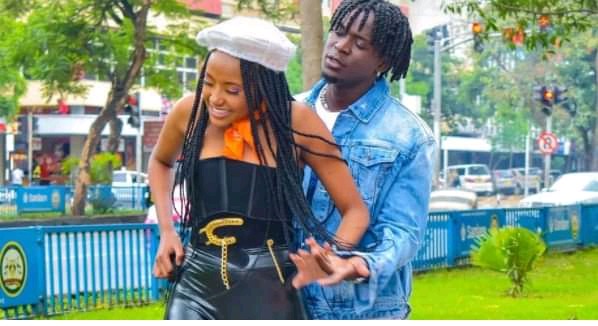 Sultry voiced, Miss P who has added a much palatable bongo twist to the otherwise monotonous Willy Paul’s songs has accused the gospel defector of rape.

During an online interview, Miss P accused Willy Paul of sexually assaulted her several times at the start of their shared studio sessions with him.

“He forced me to have sex with him, not once not twice. I had to tell my mum because I had to get medical attention. -I had to seek held and my mum helped me Alhamdulillah, otherwise at this very moment ningekua nimesha jifungua or I would be nine months pregnant,” she stated.

Miss P says although her mum came to her rescue, things went back as if nothing had happened after Willy Paul visited the family.

“At that point, I was battling with thoughts whether to go back to the record label or not. Willy Paul later came home to talk to my mum and later things went on as nothing had happened,” she noted.

The artist who termed Will Paul as narcissistic, says she was signed with Saldido record label two days after sliding in the DMs.

She later signed the five-year contract and started recording music with him in the studio.

The two have recorded several songs among them ‘Liar’, ‘Mashallah’ and ‘Fall in Love’

In a past interview, asked how did he discover Miss P, Pozze revealed that the talented lass is a 20-year-old Nairobi University student

“So there was a time we had announced that we (Saldido international) were looking for a female artist. We received thousands of videos on our social media pages as well as loads of demos on email.”

Willy Paul says his team sent him a video of Miss P doing a rendition of his Hallelujah song and that is when he was convinced that she had raw talent.

He then requested his team to invite Miss P to visit his studio and after listening to her even the panel settled on signing her.