By Introducer (self media writer) | 2 months ago

Marya prude Willis Raburu's ex wife is among those who are mocking 22years old american rapper lil Nas after a pregnancy photo shoot meant to promote his new album dropping in a fortnight from today lil Nas has been trending on twitter for at least 48 hours foh his concept . many criticizing him for the pregnancy photo he has since responded to what he referred to as Negative Energy . 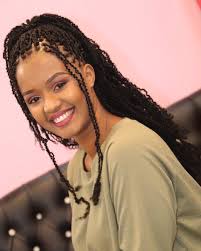 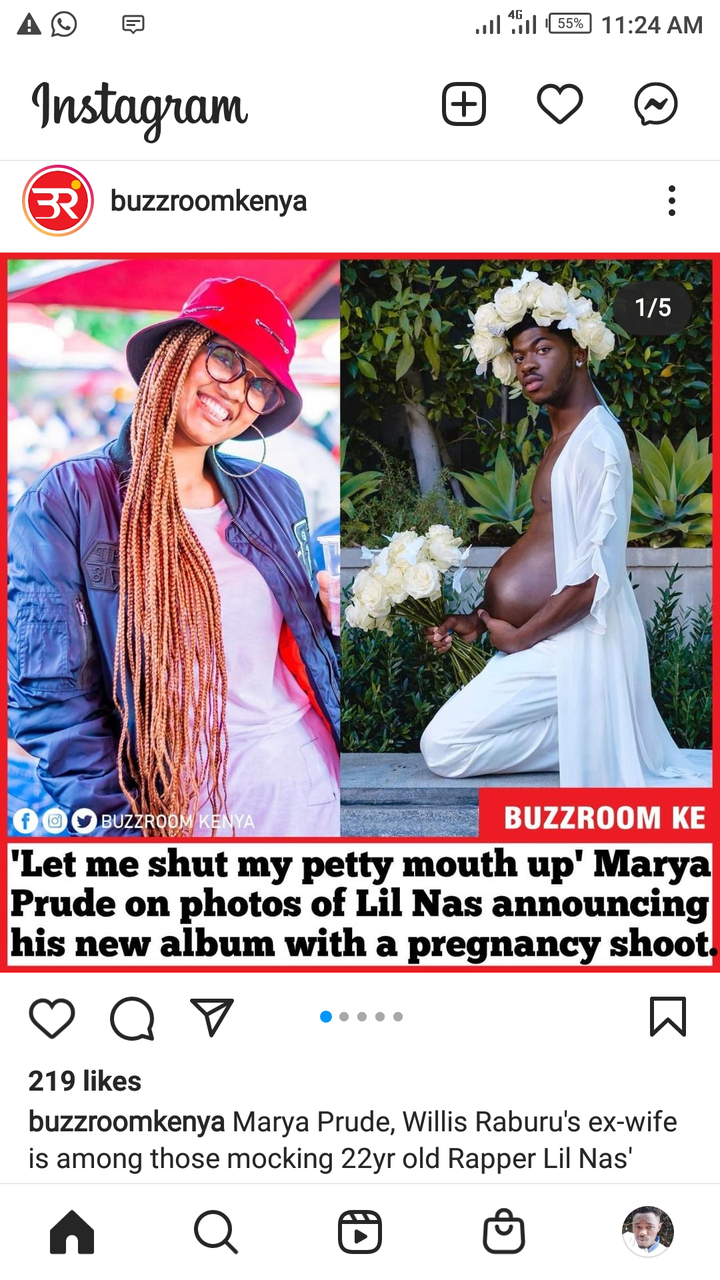 The album is still yet to be released but before today mid night the new album will be released as he has come many criticisms marya prude being one of them . The rapper will still release his album using the same photo even after getting the criticism. 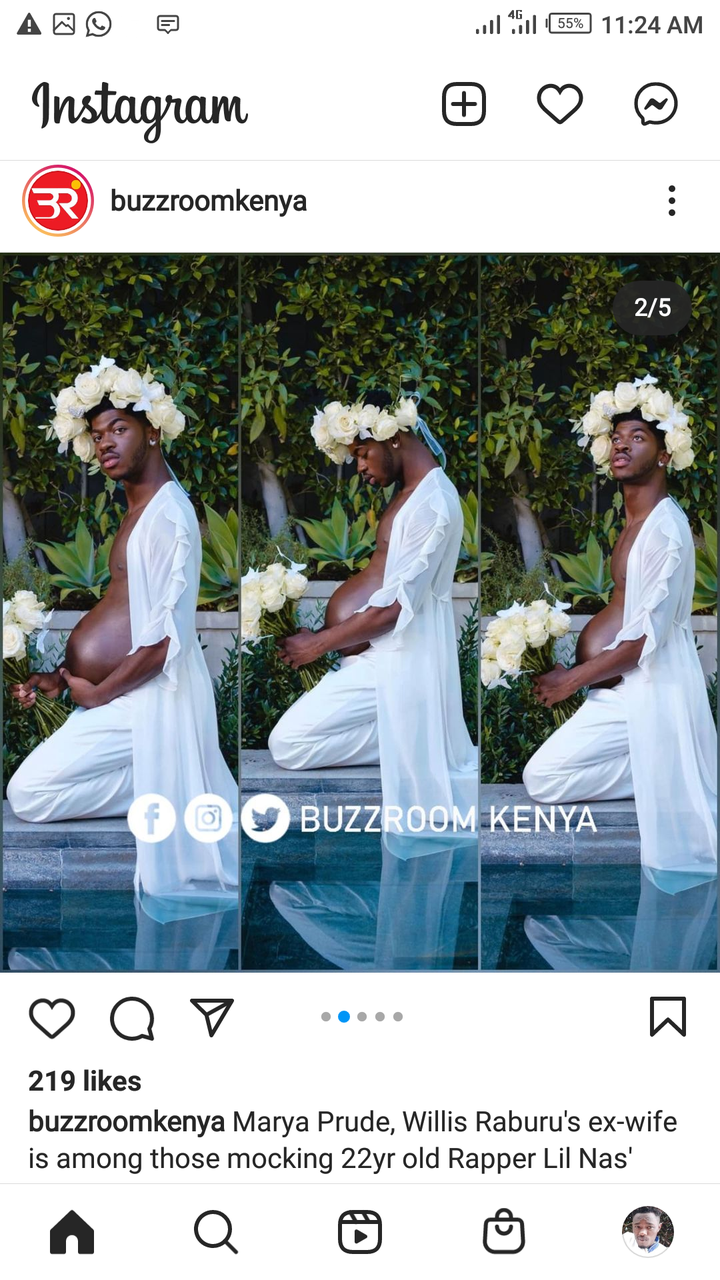