Movies And Series:15 Highest Rated Television Series In 2021 From Netflix And Other Networks

By TiedÙniverse (self meida writer) | 29 days

This year big movie outlets networks like netflix, HBO, Disney+, ABC, and what a few, are selling their best on screen. And just like last year, we have the thousand reasons to sit on TVs for hours. Here are series that serve all that fun: comedy, thriller, dramatic, horror, science- fiction, and superhero. 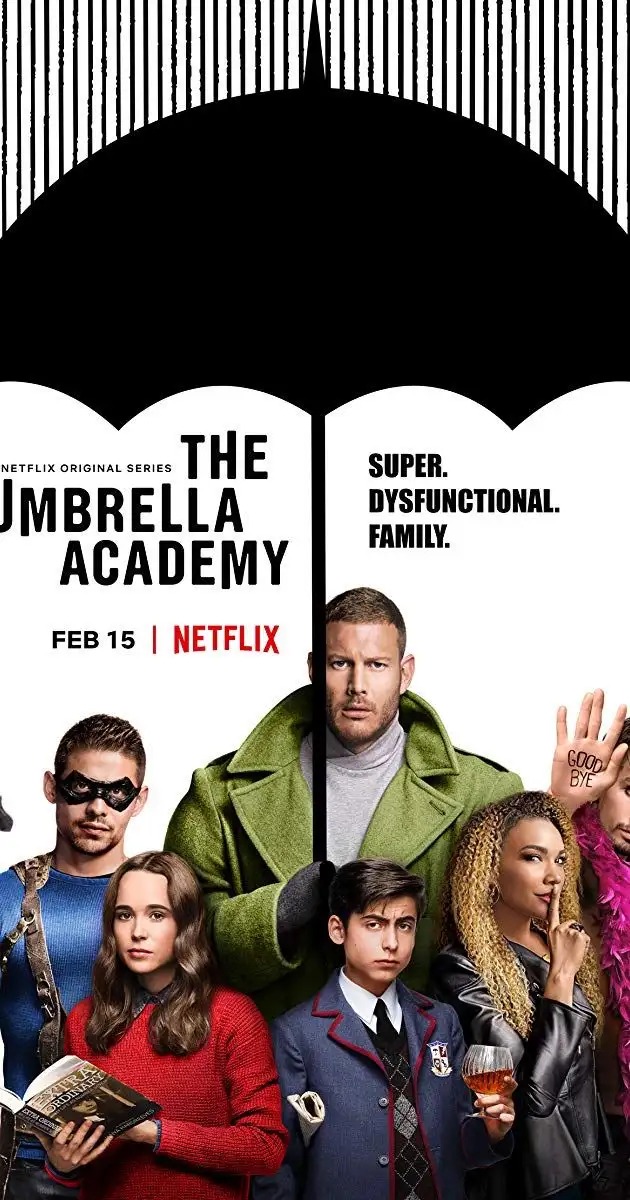 Umbrella academy is a netflix Series based on comic book of the same name by Gerard Way. The 2 season series (20 episodes) revolves around a dysfunctional family of adopted siblings. 43 women in who showed no signs of labour gave birth and 7 of the children are adopted by billionaire Sir Reginald Hargreaves. Set in 1943, the siblings have to solve a crime on their father and stop an impending apocalypse. 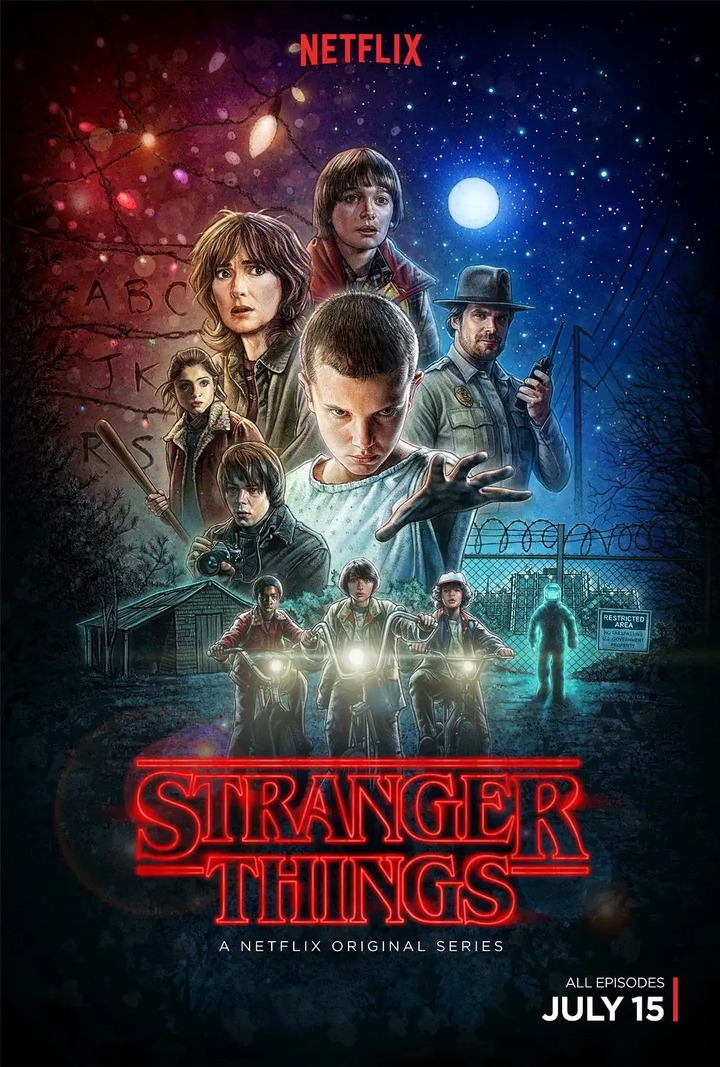 Also read: The top ten series of 2020 with highest ratings

This sci-fi horror series created by Duffer Brothers for Netflix is set in Hawkins,Indiana. The 3 seasons long series (25 episodes) long story explores the events after a lab performs secret experiment involving human subjects and inadvertently creates a portal to the alternate dimension which affects the innocent residents of Hawkins.

It's based on Marvel Comics of the same name. The 2 seasons long (26 episodes) story is created by Steve lightfoot. It is set in the Marvels Cinematic Universe (MCU) and is a spin off of Marvel's Daredevil. It revolves around Frank Castle who uses lethal methods to fight crime as vigilante "punisher". He has no superpowers, no cape, just a tortured angry father and husband in an unbelievable world of darkness.

The sci-fi, anthology tv series is created by Charlie brooker. The series will thrill, entice, and scare you in it's 5 seasons long story ( 22 episodes). The series examines the mordern society with regards to unanticipated consequences of new technology, inspired by other series like The twilight zone. It premiered on Channel 4 before moving to Netflix.

Wanda Vision is set as first series in phase four of Marvel's Cinematic Universe (MCU). The miniseries created by Jac schaeffer for Disney+ runs for 9 episodes. It's based on Marvel comics characters Wanda Maximoff, scarlet witch and Vision. The action, superhero, psychological drama sitcom follows the actions of Marvel's Cinematic Universe after events of the End Game.

It's an American Miniseries created by Malcom Spellman for Disney+ following Marvel characters Sam wilson(Falcon) and Bucky Barnes (winter soldier) in the Marvel's Cinematic Universe. It's an action-adventure, drama, sci-fi, superhero miniseries (4episodes). The story is set 6 months after handing of Captain America's shield to Sam Wilson, he teams up with Bucky Barnes in an adventure worldwide to test their abilities and patience.

This is an upcoming series that will premier in June 11th,2021 on Disney+. The crime thriller, sci-fi, superhero series is set in the 4th phase of MCU. It's created by Michael Waldron Based on Loki comics. Here's a premise: Loki is brought to the time variant authority and forced to fix all the timelines he broke, thus altering human history ending up trapped in his own crime thriller.

It's a action, adventure, Drama, space western series running for 16 episode in two seasons. It aired on Disney+ as first live action to star wars . It begins 5 years after the return of Jedi (1983) in star wars and fall of Galactic Empire. Din Djarin, a Mandalorian, is hired by remnant imperial forces to retrieve "the child" Grogu but instead chooses to protect the infant.

The series is based on Colson Whitehead's novel of the same name. It's an upcoming historical fiction series on prime video (network) that will premier on May 14, 2021. It will follow an alternate timeline where african Americans are escaping to freedom in 1800s. 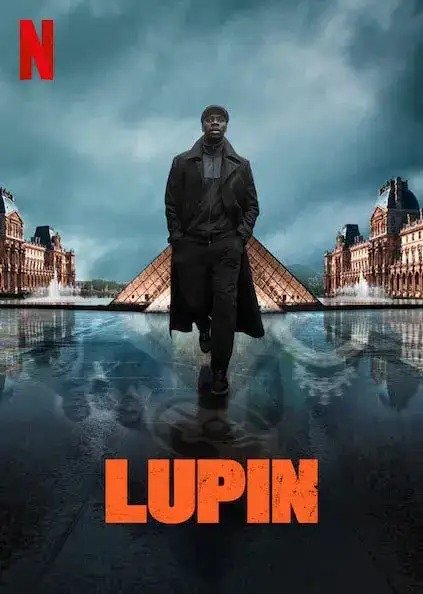 It premiered on 8 Jan, 2021 on Netflix for it's first season. The series , a french mystery thriller, is created by George Kay and Francois Uzan.It has 10 episodes but currently only 5 episodes are released. In the series, Assane sets out to get revenge on Pellegrin family on his dad who was framed over theft of expensive diamond necklace by employer Hubert.

It's an American psychological horror, crime, drama, police procedural Television Series based on Novel "silence of the lambs" by Thomas Haris. It premiered on 11 Feb on CBS for it's first season (7episodes). It's set in 1993, a year after the events of the silence of the lambs. It dives to the untold personal story of Clarice Starling as she returns to pursue serial murders and sexual predators while navigating high stake political world of Washington, DC.

It's an american sitcom on life of wrestler and actor Dwayne Johnson famously known as "the Rock" (his Ring name). The series, which premiered on 16 Feb on NBC for its first season (7episodes long), is a frame Story where Johnson is running candidate in 2032 presidential election. It involves Johnson in an interview or conversation where he flashbacks his life as 10 year old Hawaii, Pennsylvanian highschool student , or University of Miami footballer. 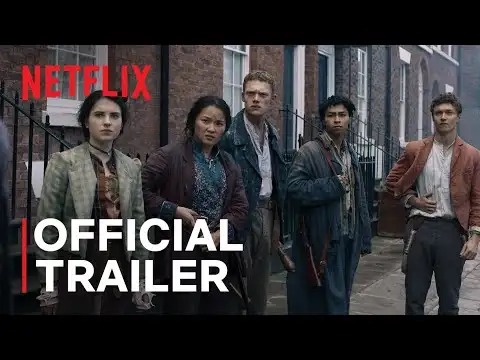 It's a British crime- drama and mystery Television Series, 8 episodes long developed by Drama Republic for Netflix. It's based on Sir Arthur's Conan Doyles work and features Baker Street irregulars working for John Watson. The series which premiered on March 26, sees teenagers in streets of Victorian London (irregulars) work for John Watson to solve their increasing supernatural crimes while Sherlock Holmes gets credit for their work.

It's a British drama miniseries created and written by Russel T Davies, which was intended as a 7 episode serie but ended up being trimmed to 5. The show focuses on the subject of HIV/AIDS among gay men and friends in United Kingdom in 1981. Because of the subject matter, BBC 1and ITV declined to develop it, however, Channel 4 took it, and it premiered onJan 22. Accalims state that the series received generally positive critics, with 6.5 million views in just a few weeks. Infact it led to upsurge in HIV testing and saw Channel 4's first big launch.

This is a must watch for all Nickelodeon fans. It's based on Nick's animated series Winx Club and was developed by Brian Young. The first 6 episode long season premiered on Netflix on Jan 22,. It follows 4 fairies at a magical boarding school- Stella, Aisha, Terra and Musa. When a fairy,Bloom joins the academy the four help her learn about her past. They also have to face the ancient creatures( burned ones) who return to Otherworld and threatened everyone in Alfea.

You don't want to miss out on the next recap of Highest Rated movies on Netflix in 2021. Follow to find it out.

Content created and supplied by: TiedÙniverse (via Opera News )