Raila Finally Drops Nobody Can Stop Reggae, Picks Another Even Bigger Tune For 2022 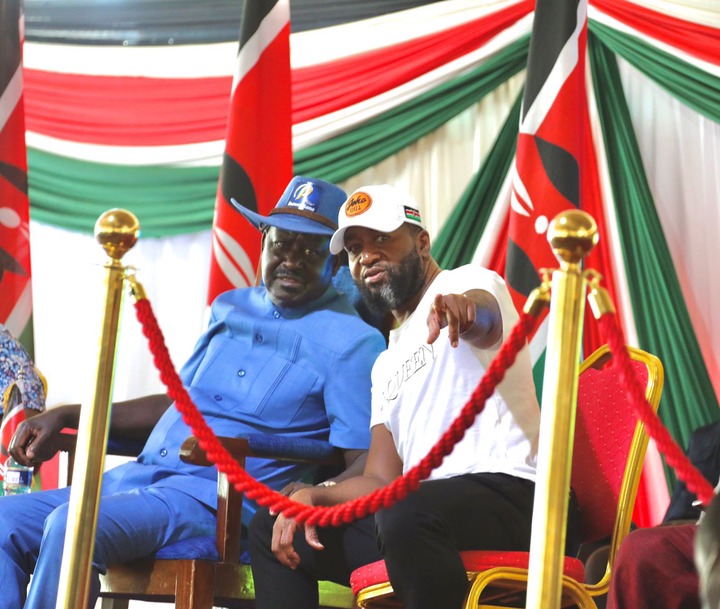 ODM leader Raila Odinga has picked another signature reggae tune which he now intends to use to rally Kenyans behind his 2022 presidential bid.

He has launched his 'Azimio La Umoja' roadmap, through which he says he will unite the country if picked to succeed President Uhuru Kenyatta.

On Sunday, he dropped the 'Nobody Can Stop Reggae' tune, one that he used to drum up support for the BBI law amendment push, which has since collapsed.

Raila said that he will now be dancing to Bob Marley's 'Feel Alright' tune, which matches with his calls for Kenyans to unite and prosper together.

"We will now be saying 'lets get together and feel allright'," said the former Premier, who spoke in Laikipia county, as he eyes the Mt Kenya vote.

He was accompanied by among others, area governor Nderitu Muriithi, who appeared to endorse and drum up support for his candidature.

Governor Muriithi pointed out that he cannot allow his people to be heaped into wheelbarrows, hence his closeness to the veteran politician.

"34 countries have smaller economies that that of the Mt Kenya region and this is why I cannot allow you people to be heaped in a wheelbarrow," he said.

He is among the Mt Kenya governors openly working with Raila, as others choose to remain silent on their preffered next President.