Celebrated Kikuyu Musician Discloses How She Lost Son to TB 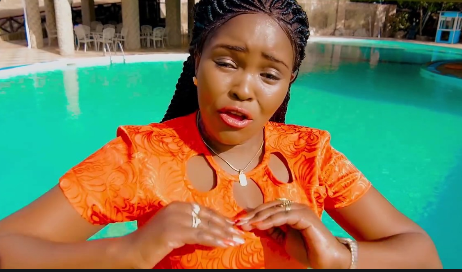 Renowned Kikuyu Gospel artist Shiru wa GP has disclosed that her son died of tuberculosis he got from her although his twin, a girl survived.

Speaking on a You Tube interview, the singer revealed that it was a low moment for her as she claims that it resulted from negligence of the doctor who attended to her and the children seven years ago at Aga Khan hospital in Nairobi.

She further added that she gave birth to her twins then aged seven months and the three had to be admitted. She recounts how Kenyans of good will including President Uhuru Kenyatta stepped in and helped her to raise money for the bill that she amounted to Ksh 2.2 million.

She added that even though this was a blessing after being spending nine years looking for a child, the loss of his son is something she would never wish to befall anyone.

Due to bills, she had to check in at MP Shah that was slightly affordable and she would commute each day to feed the babies.

It later merged that she needed quick admission and was taken to Nairobi Women Hospital that found that she had contracted TB and already transmitted it to her babies.

Stop Using Blue Pills To Boost Your Performance, Use The Following Natural Foods Instead