By @kenyanews-media (self media writer) | 2 months ago 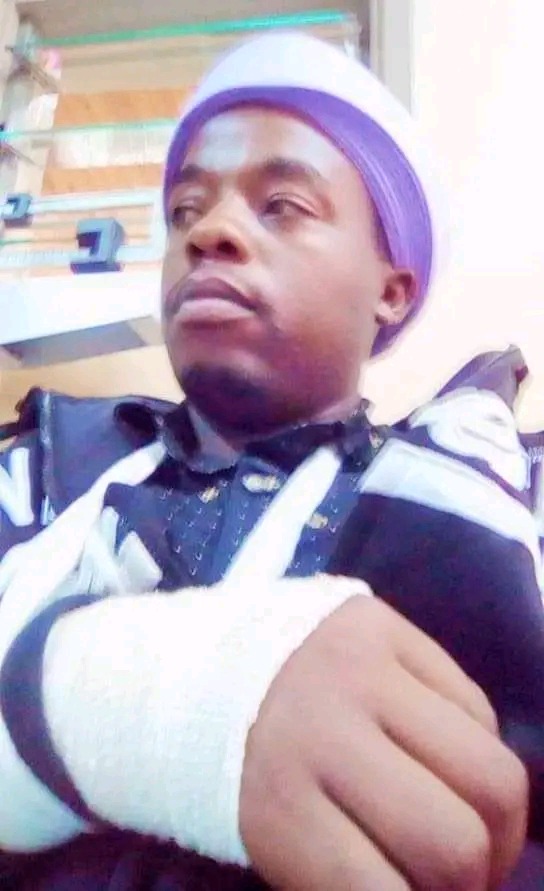 Karangu wa Muraya is a famous person who is a public figure and also a celebrity. Karangu is known for his charity actions and thus he is being crowned the title Mr. Wonderful.

Apart from being a celebrity and a famous charity worker, Karangu is also a gospel artist with several hit songs, also he has been featured in many songs.

Recently, Karangu announced to launch of his new tv by the name Ithaga Tv which will be broadcasted and programmed in the Kikuyu language thus Karangu is a businessman too.

Karangu has posted a photo of himself on his Facebook page, in his photo it is seen that his hand is fractured because he is in plaster, he also captioned the photo with the reason why he is in plaster, in his caption he had this to say;

"I asked one of my friends to carry me in his car when we were coming from Kesha at night but he refused despite we were living in the same area. I took a public vehicle and traveled to my place and when I was about to enter the gate I was attacked by thieves who bit me and broke my hand, I will never forget it because it is hard to do so. Do not do bad to your close friends" Karangu Wrote this in the Kikuyu language.

See the screenshot below. 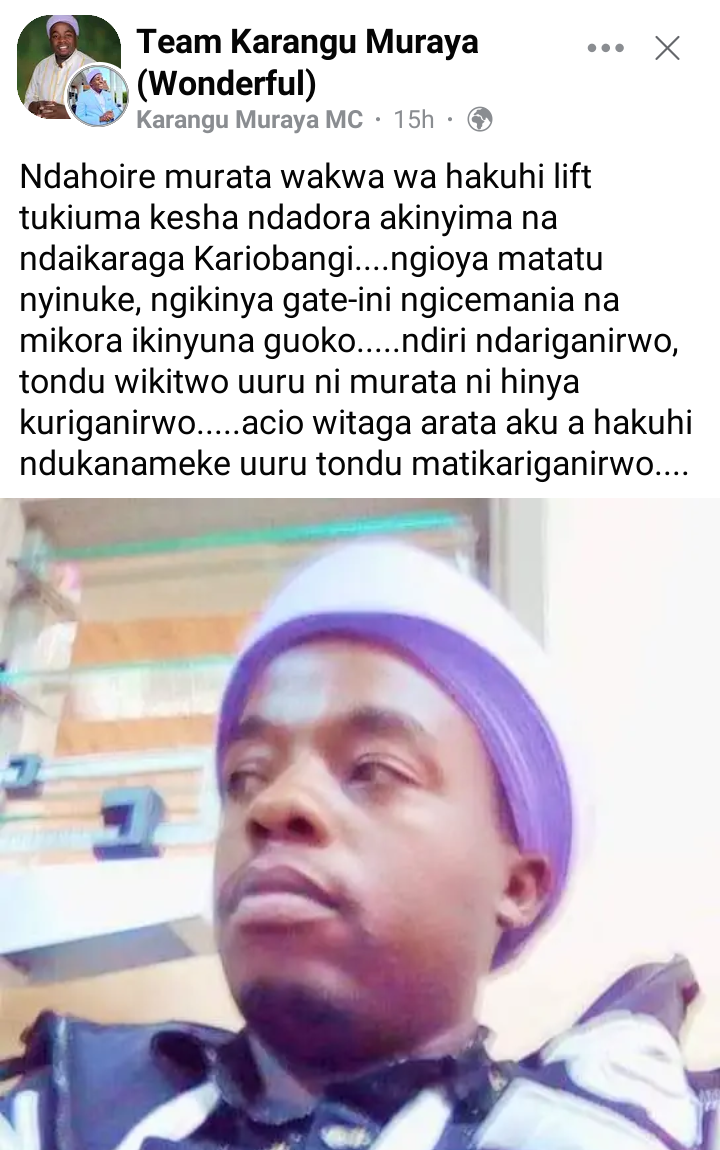