By Whizerwriter (self meida writer) | 25 days

Mike Sonko's first-born daughter Saumu Mbuvi has indeed gone alot in her personal life especially with regards to her relationships. 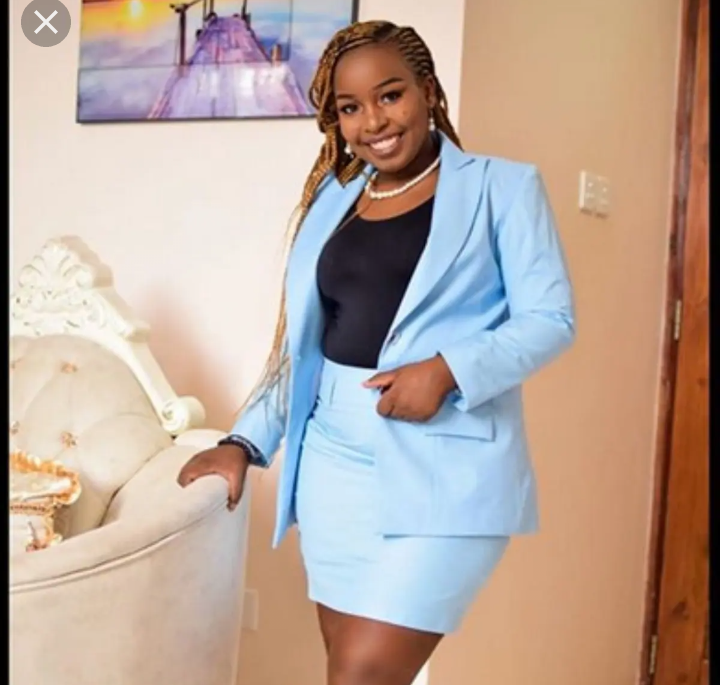 Whether by sheer unluckiness or by her uncertainty about the future, the sassy mother of two has shown her strength after facing two previous failed relationships while at a young age.

And with every experience being a learning curve, Saumu Mbuvi has on many occasions spoke about them and shared her experiences in order to advice her fellow women on what to look out for in relationships.

Today again in a cheeky post online, the ravishing queen recounted her unfortunate experiences of break-ups with a cheeky post.

On her Insta stories she posted a quote stating;-

" Get married young so you can be divorced and happy in your thirties". 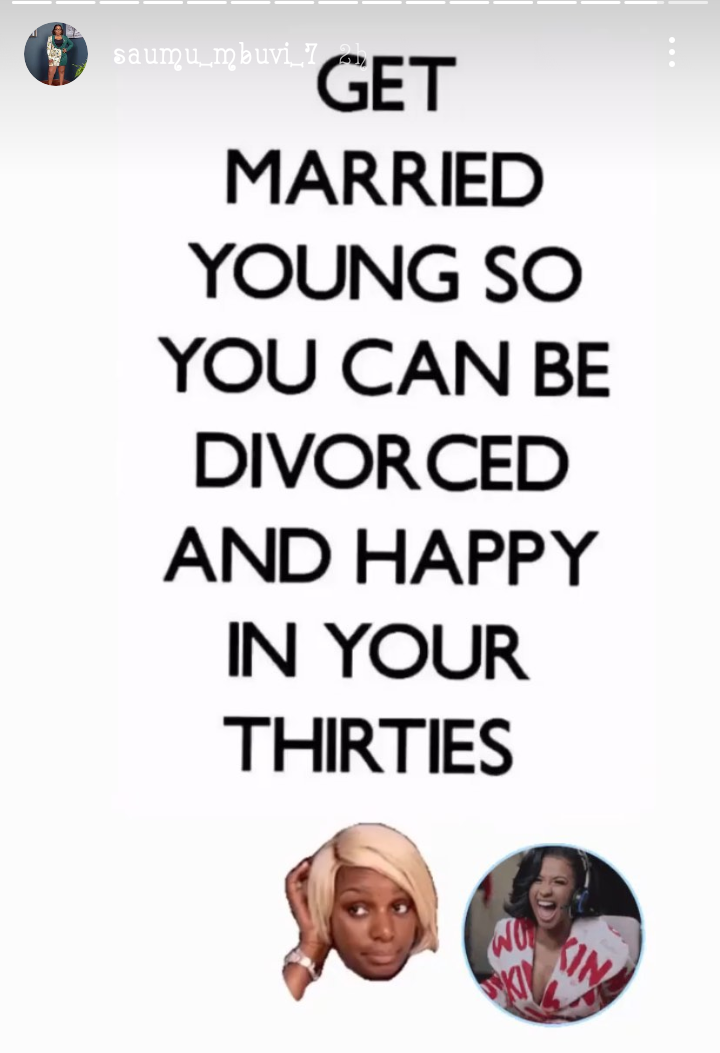 Not stating what she exactly meant by the quote, she also accompanied the post with a laughing emoji.

Her quote however truly reflected her life experience since she got into her first serious relationship at a very young age of 21 years with businessman-cum-politician Ben Gatu. The former lovebirds met at the Jomo Kenyatta University of Agriculture and Technology (JKUAT) where they were both studying, became friends and dated for sometime after completion of their studies.

However just months later, they called it quits with Saumu Mbuvi accusing Ben Gatu of domestic violence and using her for political mileage. 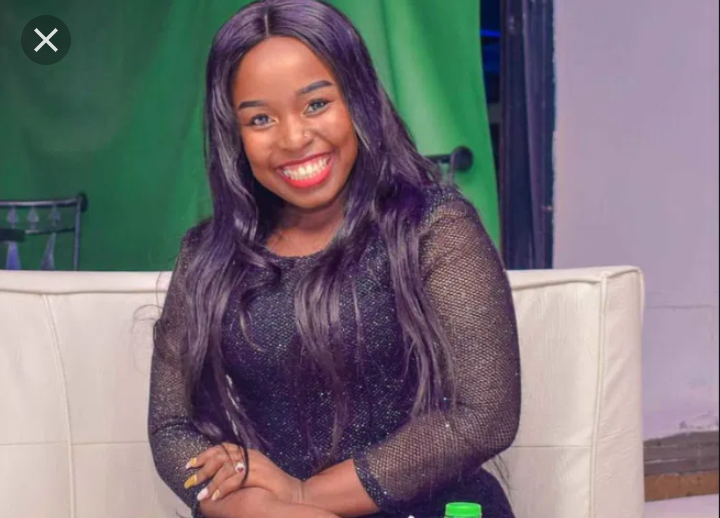 At the time of the break-up in 2017 the beauty queen was heavily pregnant with their four-year-daughter Sasha and thus had to bring forth her baby alone.

And in speaking of her experience after the break-up Saumu Mbuvi once disclosed that she was affected that she even had to take several depression pills.

Her second relationship at 23-years-old with Lamu Senator Anwar Loitiptip also wasn't any better and they dated from 2019 before calling it quits earlier in 2021, with Saumu accusing the legislator of domestic violence. 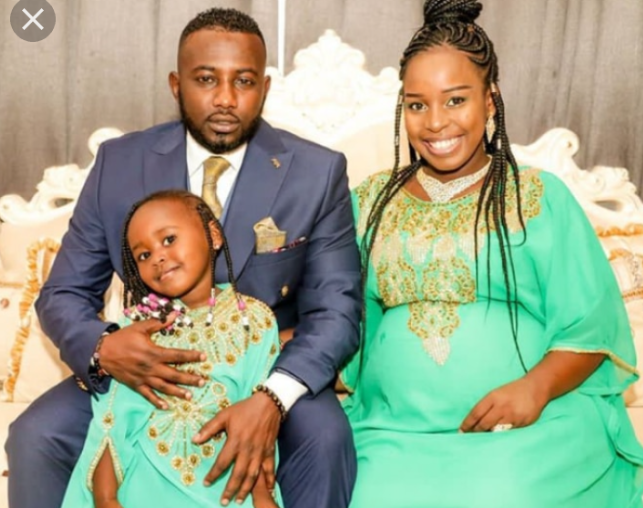 They also birthed a one-year-daughter called Umi together. 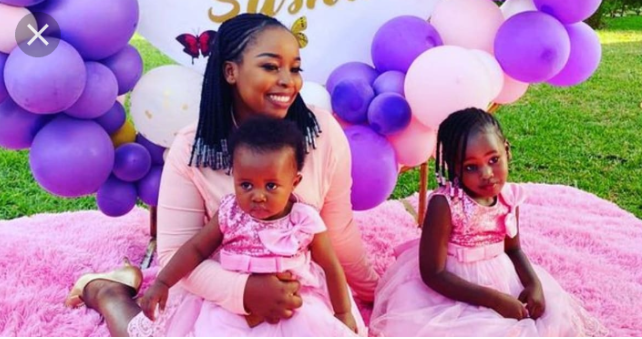 Photo; Saumu Mbuvi and her daughters Sasha and Umi.

DCI Issues Warning To Nairobians To Be Carefull with the Following

Rugby Players Make It To University After A Colourful Performance