Alex Ringtone Apoko is cashing in on the publicity generated from his confrontation with blogger Robert Onyango Alai. 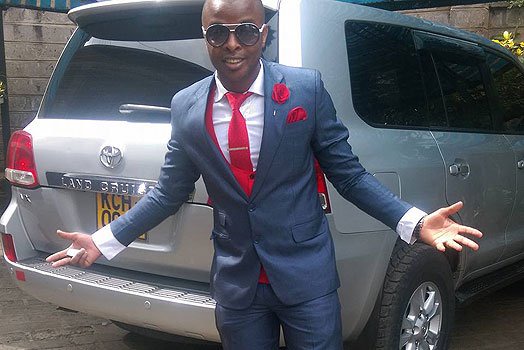 In the Kilimani incident that begun on Loitoktok Road and spread to Dennis Pritt and Likoni Roads, the two gentlemen acted uncivilly by blocking traffic and throwing tantrums in public. Curiously only one video taken at the same angle showing Alai as the antagonist has emerged online even though it's apparent in all these three locations Kenyans were recording.

The genesis of the drama is yet to be established. Unverified preliminary reports state that Apoko's Range Rover grazed Alai's Subaru and the former refused to stop. It appears Alai followed him and blocked his path at the Likoni Road roundabout where it all degenerated into the ugly spat that was recorded. 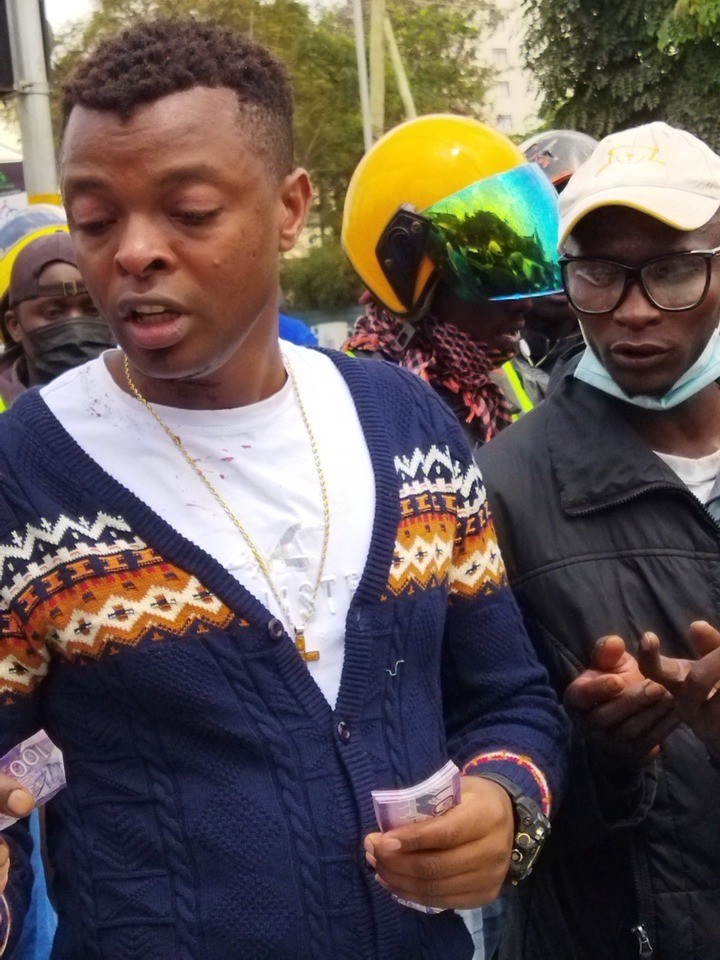 Shortly afterward Apoko is seen dishing out 100-shilling notes to bystanders. Choreographed or coincident, it remains for the investigators to determine. Blogger Alai will spend the weekend at Milimani Police Station cells pending arraignment in court on Monday for assault and possibly property damage.

Yes, property. And this brings us to the question of how did a primary school dropout who is not even among the list of the top ten musicians in Kenya makes the incredible wealth he flouts at such an early age?

Alex Ringtone Apoko himself does not know the answer. In several interviews, he has made conflicting claims on the source of his wealth. 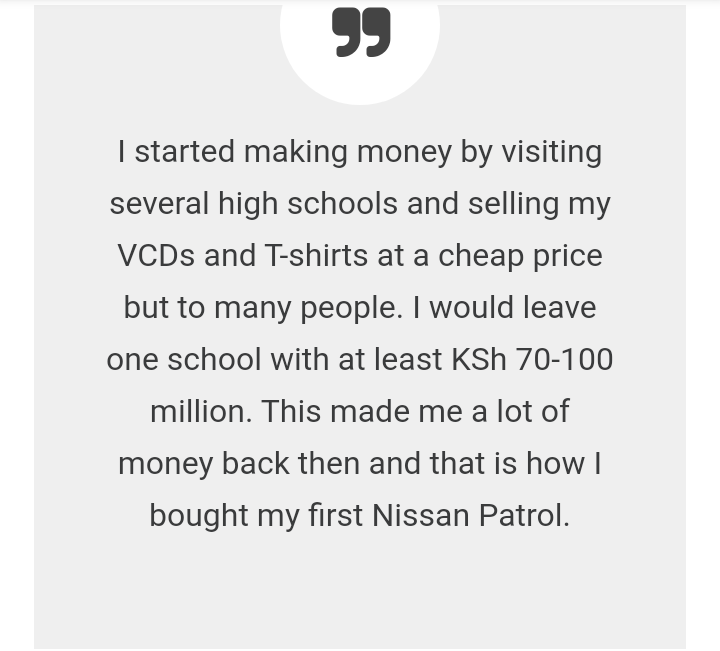 In the above interview by ghafla, he's quoted ad-verbatim as selling t-shirts worth 100 million to schoolchildren in one single school. That works out to KES 200,000 per t-shirt in an average Kenyan school with 500 students.

He also claims to have made money in the political campaigns leading up to the 2013 General Elections. 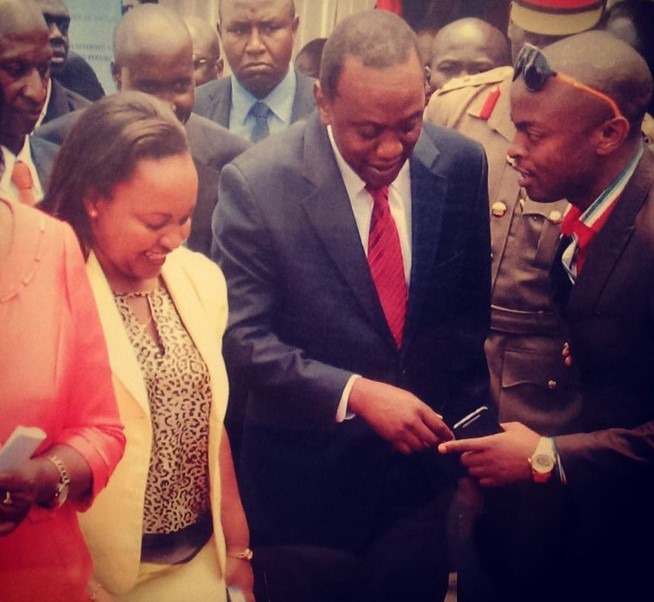 "I met president Uhuru Kenyatta who was then the Minister for Finance in 2012 at a homecoming gig for Eugene Wamalwa held at the Municipal Stadium in Kitale. When I took to the stage the two got up and danced to my song. I was paid KES 200,000 for the performance."

Uhuru would later, ostensibly, sign a contract with Apoko when he went on the presidential campaign trail. Apoko was paid KES 500,000 for each day in 90 days giving him a cool 45 million at the end of the exercise. At that time Daddy Owen, Gloria Muliro and Size 8 who were reasonably bigger gospel performers in comparison were making less than half of that amount per day.

Apoko goes on to set up a multi-million recording studio, purchases a mansion in Runda valued at 1.5 billion, and owns a developed five-acre parcel in Karen, not to mention his fleet of high-end vehicles. All these in the space of two years. It doesn't add up. 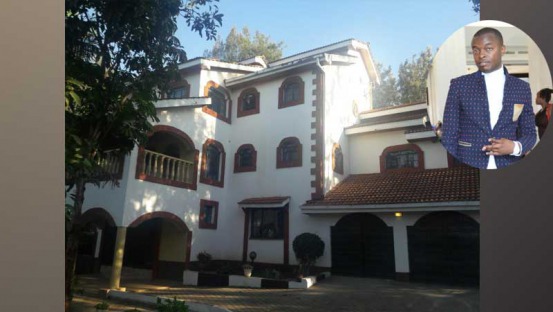 Journalist and Human Rights activist Boniface Mwangi was interested in this sudden transformation and in his investigations unearthed shocking details tying up the semi-literate artist to a land-grabbing cartel operating from Ardhi House.

Because he had "seed money" and the appearance of being a successful musician Ringtone Apoko was used by the Ardhi House mafia to fleece aging citizens of land through corrupt deals. 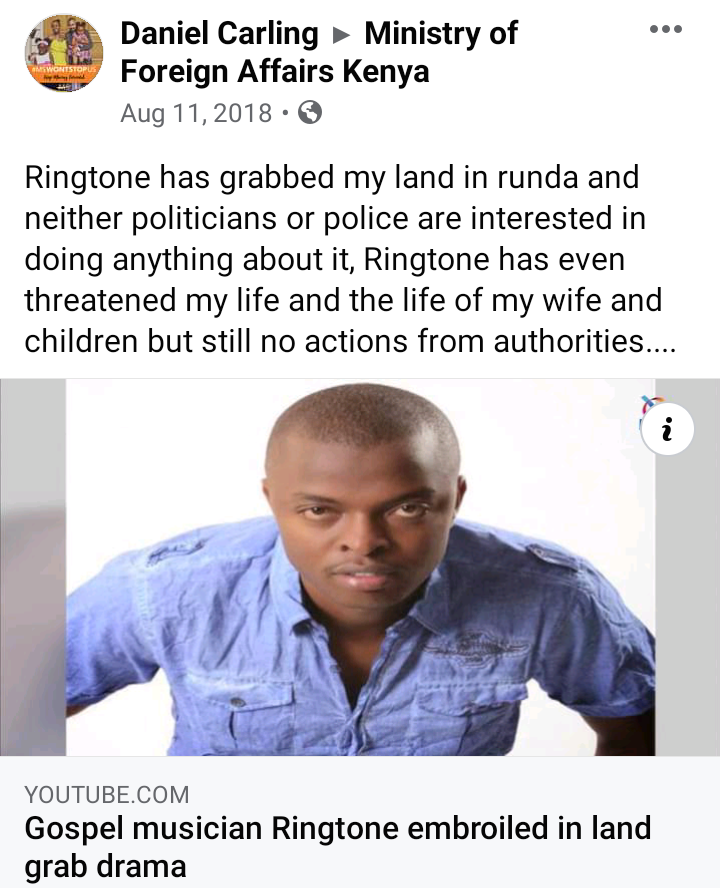 Mwangi's investigations revealed that the cartel identifies people like Apoko who have money and a purportedly successful image to be used in transferring land whose owners either died interstate or are elderly and own large tracts of prime land registered during the colonial era. 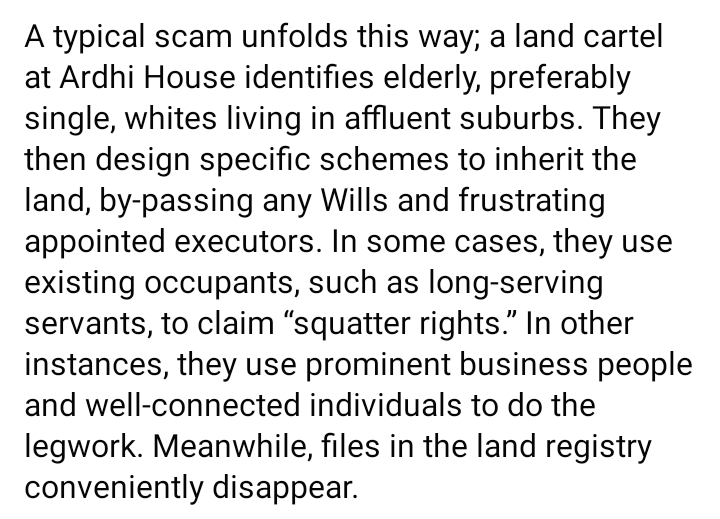 In the case of the five-acre parcel which Apoko now claims to own the land belonged to Rogers Bryan Robson, a second-generation British settler who died without a family. The Will of Mr. Robson drawn up in 1997 clearly stated that his property which included a block of apartments in Upper Hill and the five-acre property in Karen be sold and the proceeds shared between his nephew and several charitable organizations. Perhaps that's why when pressed in an interview Apoko always mentions the existence of a dubious charity somewhere.

In one of the interviews conducted at his Karen home by Betty Kyalo, Apoko, who is single, was asked why the other nine bedrooms of his ten-bedroom mansion looked lived-in. He responded that his "European friends coming to donate to the charity organizations would occupy the rooms".

The truth is that the rooms are occupied by Europeans, yes, but not the kind who would want their faces to appear in newspapers, otherwise, Apoko who cherishes attention would be posting these charitable actions every day. Apoko is a front for the mafia.

If he didn't pay for the property in Karen nor did he legally inherit it from the owner then he is a land-grabber who enjoys State protection. It is high time the"uncle" he normally claims to be representing whenever the issue of ownership is brought up be unmasked.

In another weak justification of how he came to own the parcel in Karen, Apoko told radio presenter Jalas that, "I'm not part of a cartel. I'm a gospel artist and all I own are gifts given to me by my fans. Rodger was a fan of my music. I'm not a land-grabber." 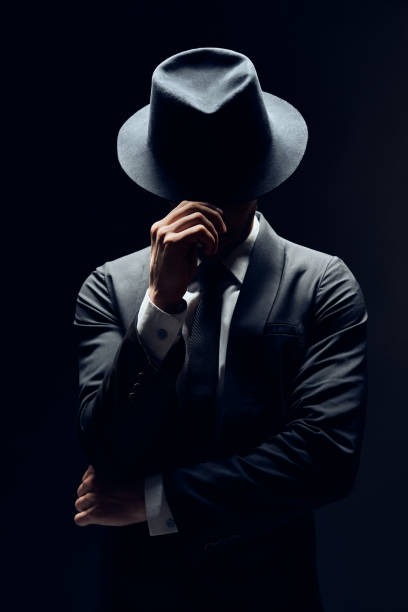 The guests who occupy rooms in Apoko's house and ostensibly donate to charity are never known to the media.

Roger Bryan Robson died in August of 2012 when Ringtone Apoko was just beginning to get into the public limelight. In late 2011 he was declared male artist of the year. So for the next ten months, Roger Bryan Robson was so besotted with Apoko's music that he decided to gift him the whole of his lifetime wealth!

To any normal person, this is odd logic, but to someone with a background fraught with academic inadequacies who claims to sell T-shirts to schoolchildren at 200K apiece, it makes perfect sense.