By Misspolitics (self media writer) | 5 months ago 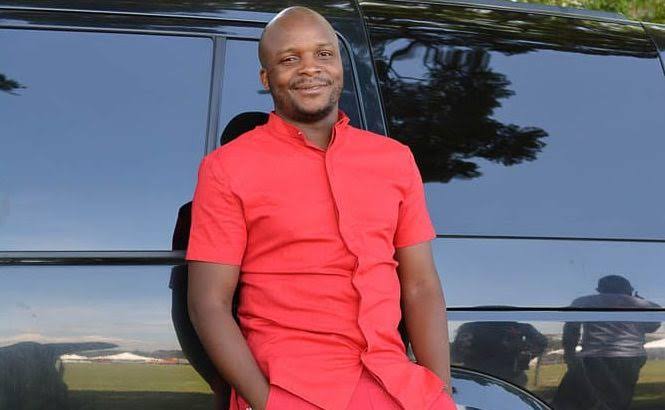 Kiss 100 host Jalang'o has responded to claims that he is involved in the deeply connected world of money launderers, and crooks. Speaking on the air with Kameme Goro, Jalang'o swore at his father's grave that he had never been involved in fraudulent transactions or stolen from anyone.

“In the past 10 to 15 years, I have never seen what 7 a.m looks like unless I'm on vacation or it's the weekend and I'm not working because I've always known that 4 a.m was my time to wake up and we come to Kiss and they pay us very well, ”the actor began.

Jalang'o works for Radio Africa Group, which is known to pay celebrities quite well, as evidenced by Shaffie Weru's salary of Ksh 600,000 which was revealed in 2021. He explained that after landing his first high-paying job at Kiss 100, he started his company Arena Media, dedicated to advertising and marketing.

“It's a below and above the line marketing company where we sit with a team of almost 20 people, pensionable and taxable employees,” he said.

Today, the comedian is an ambassador for a wide range of brands ranging from finance, clothing, consumer staples, and construction. Jalang'o's Instagram tracking of over 2 million followers also gives him the ability to monetize his large audience by serving ads for many different customers.

“As we speak today, I think I'm a brand ambassador for almost five big brands. A brand ambassador, not an influencer. I have a thousand and one to influence and I will easily tell you that there is every time I drive in this city and see a billboard literally in every place, these things pay off, ”Jalang'o explained.

The radio host revealed in a previous interview that in a good month he made up to Ksh3million using his social media. He explained that if he worked in the laundry business, he wouldn't break his back or work as hard as he does. In the first three months after launching his YouTube channel, he had already amassed Ksh1.2 million in revenue on the platform. With its current numbers at over 400,000 subscribers and millions of views, the number can only be higher.

Some Kenyans accused the radio host of being involved in the laundry business because of his wealth. Jalang'o drives a Toyota V8, Range Rover Velar, Mercedes convertible, Mercedes V-Class, and Land Rover Discovery. He also owns a mansion in Nairobi, several apartments and is building his retirement home in his rural area.