By City_Scoop (self media writer) | 14 days ago

Edwin Chiloba, whose life was recently claimed in a cold- blood murder, was laid to rest in his hometown of Sergoit, which is located in the county of Elgeyo Marakwet. However, new issues have been raised about the burial, and it has only been a day since it took place. Pritty Vishy, a well- known socialite, has finally come forward as one of the personalities that attended Chiloba' s burial. 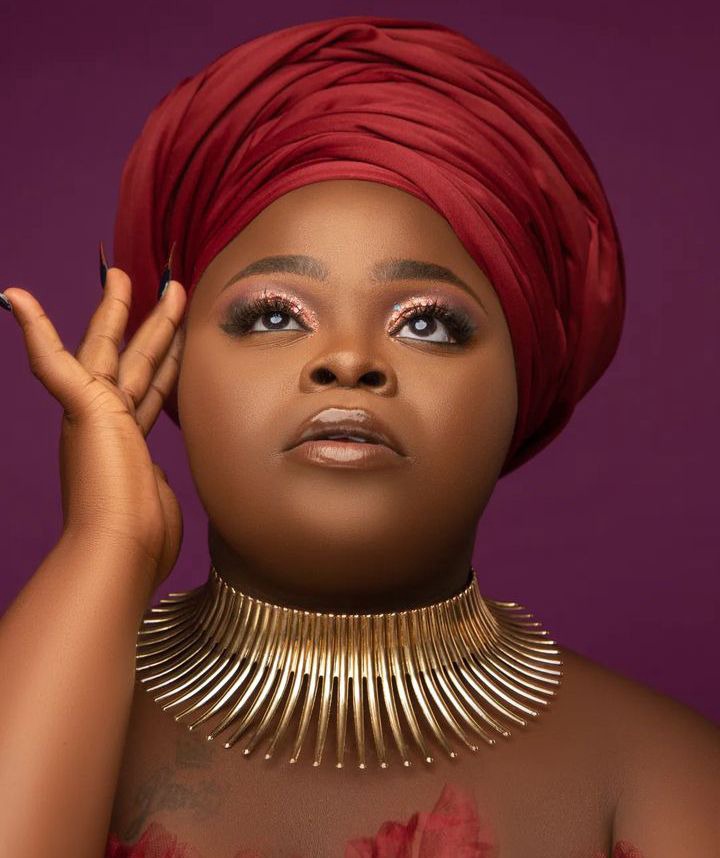 "When I went to Chiloba' s send off, I anticipated to see the individuals who call themselves his friends to be there. . . but what I witnessed was less than my expectations, " Vishy revealed. 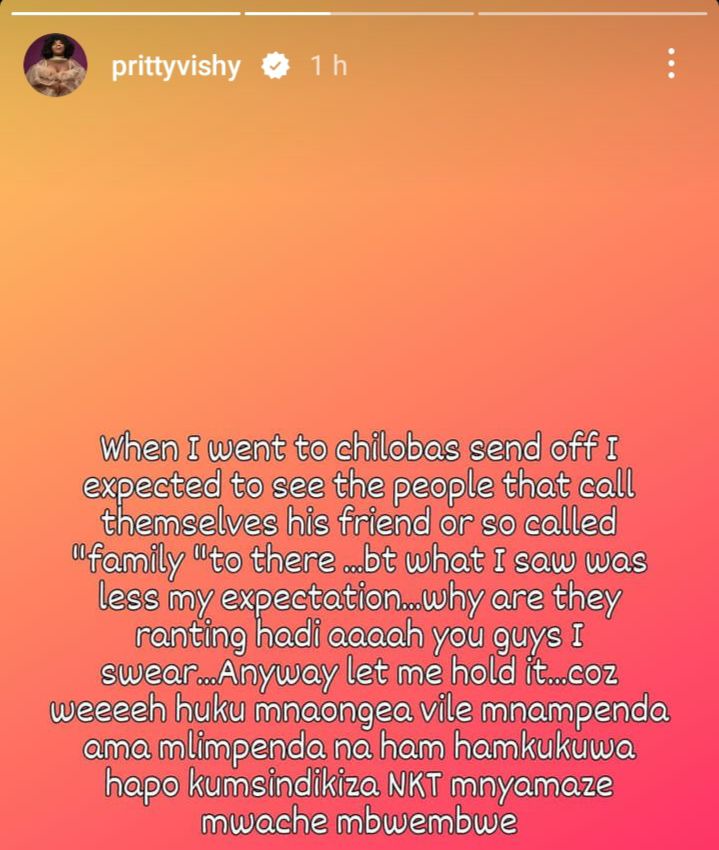 In addition, Pritty Vishy admonished the individuals who supposedly were friends to refrain from needless displays of affection while it was clear that they were unable to properly say goodbye to their companion who had passed away. In a similar vein, Tuko News also stated that there was not a single known member of the LGBTQ community present at Chiloba' s funeral yesterday, despite the fact that Chiloba had been an advocate for this group. 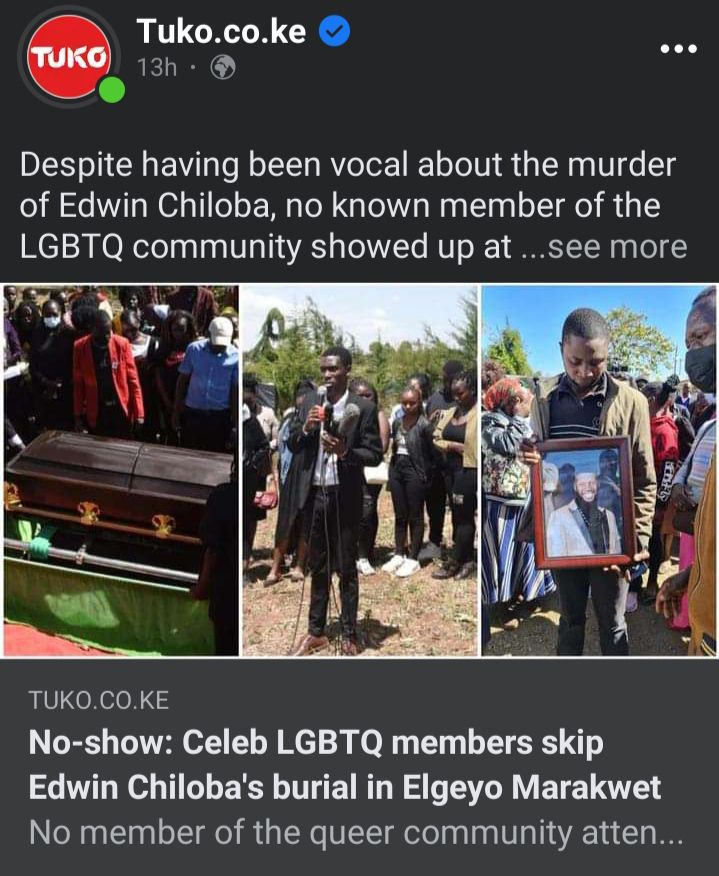 Given that they had made such a significant stink about Chiloba' s death, people' s eyebrows were raised when they noticed that several LGBTQ community members who had been vociferous were conspicuously absent. They have a reputation for being a close- knit family, and after one of them passes away, the others always get together to console one another and participate in their loss. 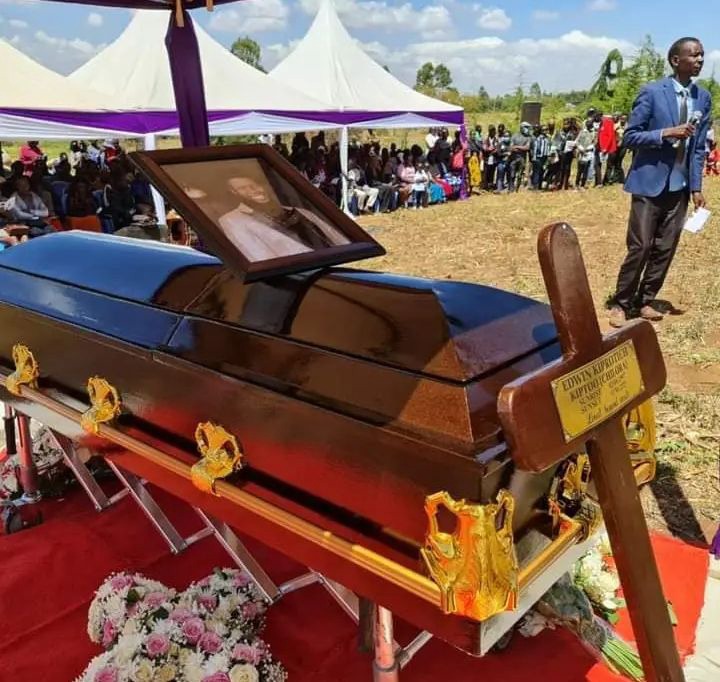 However, in the case of Chiloba, several Kenyans believe that the group believed they would be faced with hostility if they chose to attend the funeral of Chiloba owing to the fact that his family had denied the claims of him being a member of the community. 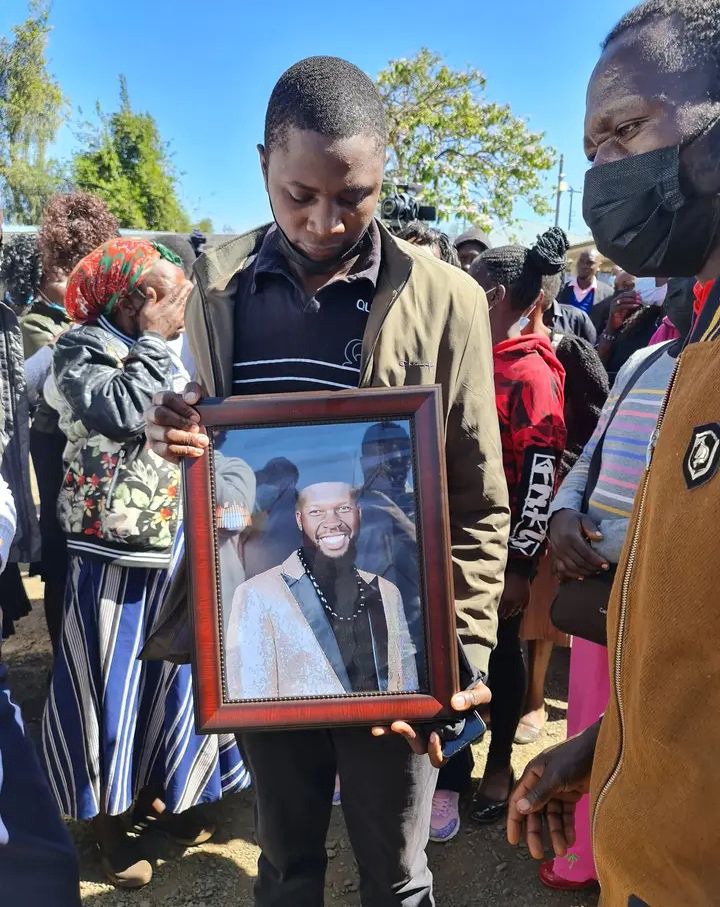