Vote! What Is The Best Series You Have Ever Watched?

By Kefakevin_Kenya (self media writer) | 1 year ago

Movies are great, but as a person who has watched loads of them, I prefer TV shows. At least with TV shows the characters get enough development for you to love or hate them.

Over the years, I have watched many TV shows but not all usually leaves a mark in my heart. I'm sure I am not alone in this. Since we all have different tastes, I won't say my favorite shows are the best. Take a few seconds and air your view on the best series of all time in the comments below. 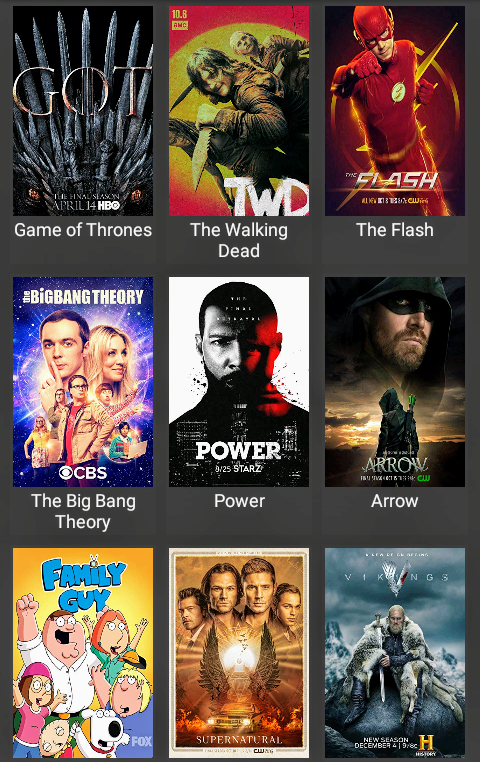 According to me, here are the top 10 series of all time.

I've literally watched GOT three times and I never get tired of it. The plot is mesmerizing and the dialogues are top notch. The action is also great and it has many funny moments, which I love. It is easily my favorite series of all time.

It goes without saying that Breaking Bad is a masterpiece. It is funny, smart, and entertaining. The chemistry between Walter White and Jesse is exceptional, and Gustavo Fring provided us one of the best villains of all time. Watched it twice and I won't mind a third rewatch!

If you haven't watched Dexter yet, you are missing a fantastic show. The character Dexter is intriguing and the supporting cast is great. Season two is a masterpiece and one of my favorite TV seasons of all time! Not to say the other seasons are not great, though.

Ragnar Lothbrok is easily my favorite TV character of all time. The show is entertaining and its history accuracy is worth mentioning. I am yet to meet anyone who watched Vikings and didn't like it.

Mr. Robot may not be everyone's cup of tea but it is easily one of the best well written series of all time. Rami Malek as Elliot Alderson is fantastic and the thrill of season 4 will remain with me for a really long time. It's a series that will make you question how things work in the world. Not many people love it, but it is fantastic if you pay attention to details.

Fargo changes its cast every season but one thing remains, exceptional storytelling. Season one was my favorite and it introduced us to one of the most interesting Villains of all time, Lorne Malvo. It's funny (seriously funny) and it will leave you craving for more. So far it has three seasons and season four is coming out this September. I can't wait!

If you are out looking for some classic entertainment, Merlin is the show to watch. It is damn entertaining and the good thing is it is for all ages. You can watch it with your family.

I don't remember much about 24 since I watched it some time back, but I remember it was thrilling. Jack Bauer is incredible and season five is one of my favorite TV seasons of all time. It's a thriller series that anyone can enjoy. If you like Homeland, you will definitely love 24. Don't bother yourself with 24 legacy, though.

Michael Scoffield! What a character! He makes professor's (Money Heist) plans look like child's play. It's a series anyone can enjoy.

Better Call Saul is a Breaking Bad prequel and anyone who loved breaking Bad should check it out. The series is damn hilarious and the chemistry between Jimmy and Kim is awesome. From the look of things, Better Call Saul may surpass the breaking bad success. If you have watched season 5 you will agree with me. It was just fantastic, especially episode 8 (bagman).

If Money Heist stopped at season 2 I'm sure it would have been in my top 10 series of all time. But they ruined it, especially part 4. Can't even watch the coming seasons.

Other honorable mentions include

Mindhunter, The Fall, The Sopranos, Luther, How to Get Away with Murder, Homeland, and True Detective.

What's your favorite TV series of all time? Mention it in the comments below, those who like it as well like your comment. The one with the most likes wins the contest. Thank you 😊.

Content created and supplied by: Kefakevin_Kenya (via Opera News )

GOT Game of Thrones

3 Signs She is Ready to Move on After Being Heartbroken.

"Adding kids is so sweet, " Kabi Wajesus admits he has a desire to have more children

Radio Presenter Jalongo Has Revealed What Made Him Rich While Young, Advising Youths To Follow Him

"Mnanichukua Aje Surely?" Nick Ndeda Responds On Allegations That Betty Was Financing Him