Simba is Hospitalized When Madiba Hits Him With While Driving 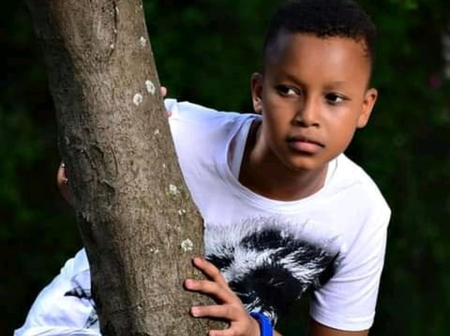 Neema is on video call back biting Alma. She says how Alma is a soft lady and does not even know how to clean her house. That the house was so dirty when she arrived there. Also Alma thinks that she's git a big house but compared to Chibale's it's nothing.

Alma comes in while Neema is still on the phone saying that she's giving Alma just a few more days and that she's not afraid of her. Alma scares her when she asks her what she is doing. Neema defends herself by saying that she was just talking to her aunt. Alma asks her whether she talks to her aunt while spread about and relaxed as she was. She looks around the house and it's in a mess.

Lila and Fila come to the scene. Alma asks them whether they're done with their homework. They say not really because some of it was a little hard yet Neema couldn't help them. Alma tells Neema to be aware of what brought her there.

Madiba meets a certain man in Oscar's area. He asks of him whether he knows where Oscar is. The man answers that he doesn't know, after all Oscar isn't his girlfriend. He tells him to inform him when he sees Oscar and leaves. The other man is left asking for some money from Madiba, given that he is a politician's son.

Zora will be attending to her customers. She is now so strict with Simba who is not allowed to play away from her. Two ladies come looking for Hamida. Because she isn't there, Zora says she can attend to them.

While driving, Madiba recalls his last moments with his wife when she told him that he was going to be a dad again.

Zora is busy attending to her customers.

Madiba recalls how he was courting his late wife and how she lost her life in the car accident. He is so absorbed in his thoughts that he doesn't notice Simba playing ahead. And in no time he hits him with his car. People rush to the accident scene including Zora and Hamida. Madiba is told to come out of his car and he seems so confused.

Alma is with Madiba's kids. Neema comes to tell them that it's time for them to change clothes. Lila says it's been a long time, they have been waiting for their dad and he's yet to come. Alma tells them not to worry because their dad will come soon.

Zora and the others are already at the hospital. They are told to wait outside while the doctors attend to Simba. Zora laments that she doesn't know what she would do without Simba. Hamida tells her not to think along those lines. Madiba apologizes to Zora and says that he didn't see Simba ahead. Zora thanks him and tells him it's better if he left. He offers to pay for everything and Zora insists that he should leave.

Kwame tries reaching Madiba on his phone but he doesn't pick up. Madiba tries to talk to zora and offers to pay the whole bill but Zora doesn't want to talk to him. Hamida asks Madiba to leave. A certain man claims that Madiba won't leave without paying the bill.

Back at home, everyone is trying to reach Madiba on the phone but the calls go unanswered. Finally Madiba calls Kwame on the phone. He explains what happened and tells him to take his children and pack their things for school. Zalena reaches for the phone to talk to Madiba but the connection is already cut.

Oliver asks what's up. Kwame tells him. Zalena says the children should not live with him since Alma is still sick. Oliver tells Kwame to do as he was told by Madiba. Zalena says that they should make sure that the incident doesn't reach the media.

Back at the hospital, Nana claims that Madiba should go to jail. This leads to an argument with Hamida. Zora tells them to let go because all she wants is for her son to get better. Nana doesn't. She follows Madiba outside and keeps up the argument. Finally Madiba gives him a business card and tells her to get in contact when need arises. Given Nana's attraction to men with money, she takes the card.

Raila Odinga In Mourning After This High Profile Death In Africa

"When I looked At How Men Had Damaged My Daughter, I Just Collapsed:Mother Narrates.

"Am Not Interested With Top Seat But Reggae Is In The Half Time," Raila's Message To His Supporters