Alaaa: Mungai Mbaya's Girlfriend Aisha Reveals They Are In A Polyamorous Relationship

Aisha Mohammed the girlfriend to actor Mungai Mbaya has recently shared little known details of their affair, and revealed that they are in a polyamorous relationship for the first time. 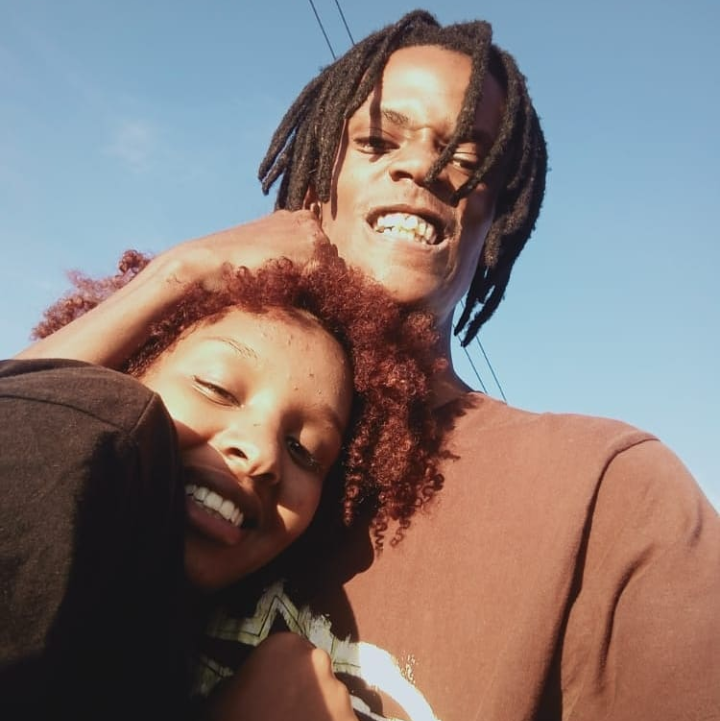 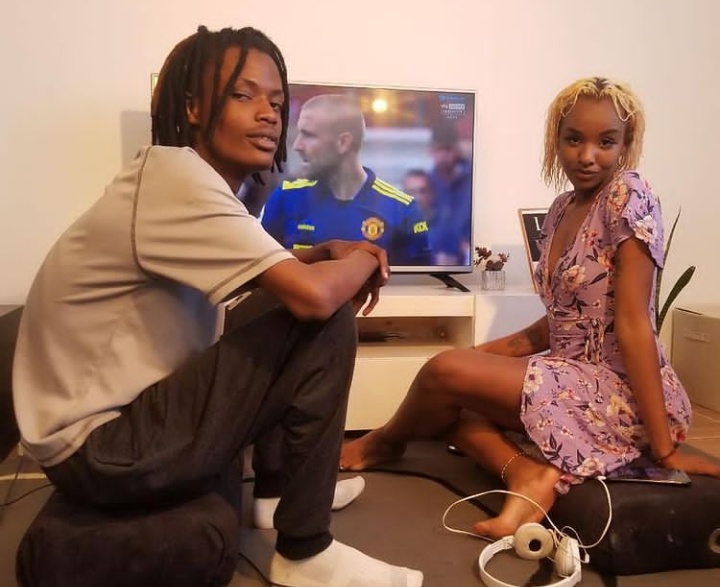 This comes as a shocker because for the longest time the duo have been serving their enviable couple goals to their followers, and they even recently birthed a child by the name Lyric Mungai albeit he later passed on in June.

The big news was disclosed by the sassy 19-year-old via a Q&A session.

When a fan took the chance to ask if she was straight or bisexual, Aisha Mohammed made it clear that she is the latter.

She even went ahead to Introduce a lady whom she said was dating both her and Mungai Mbaya in the polyamorous set up. 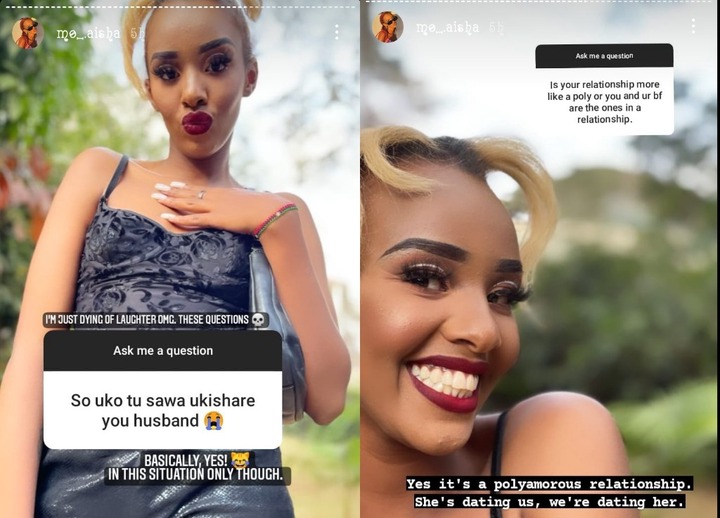 However all this time Aisha Mohammed conspicously hid her face because the lady didn't want yet to be revealed to the public eye. 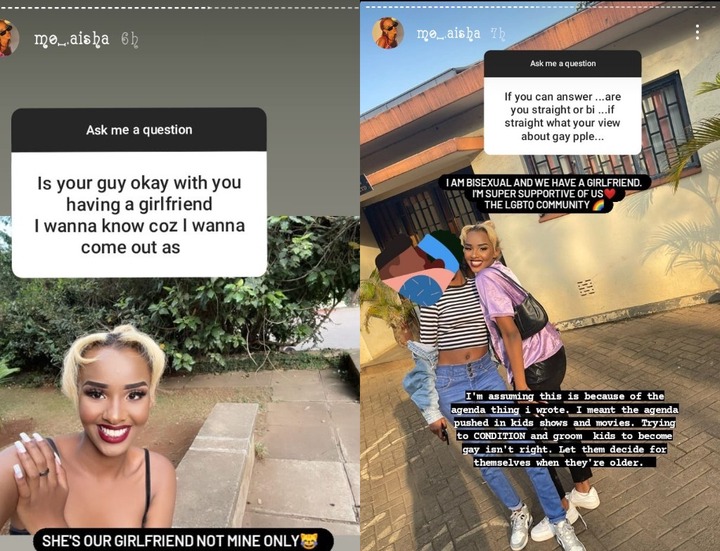 In the Q&A session she also revealed that it was not hard to open up to her boyfriend Mungai about being a bisexual, because they have always been open with each other and he understood.

" He was supportive. I have the most understanding and supportive boyfriend and he's also my best friend."

" I just said it to him. Mungai and I are very open and honest with each other. So it wasn't hard." She said. 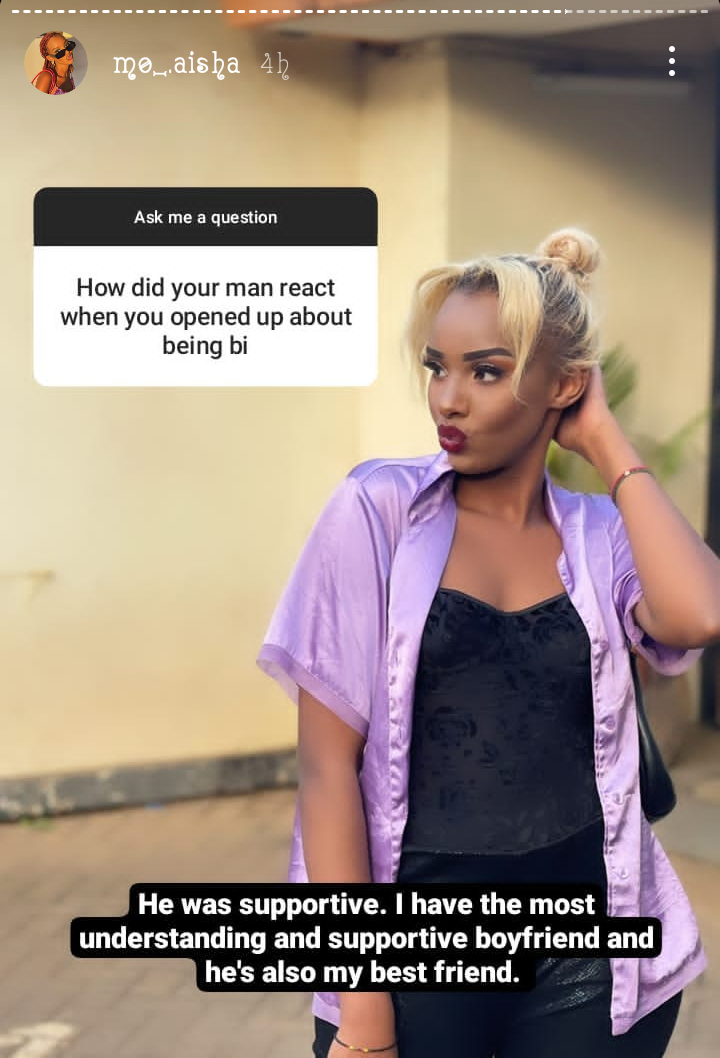 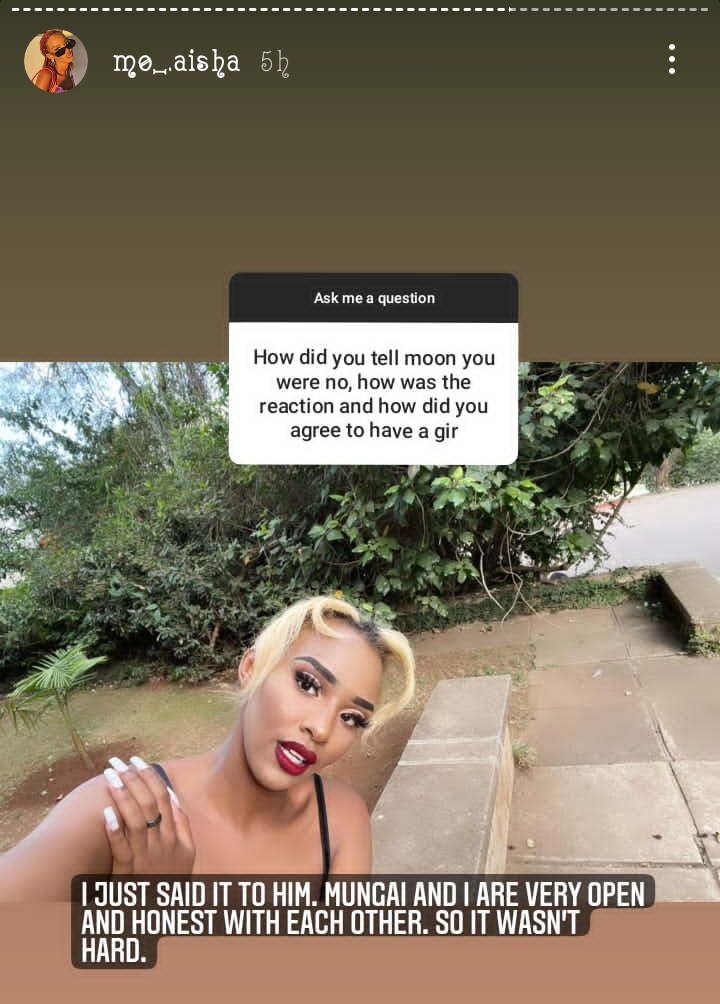 When it comes to how the relationship works, Aisha Mohammed made it clear that the trio had an understanding to the point that there are no secrets among them.

She also made it clear that she never feels jealous when Mungai Mbaya is with the other lady without her, and infact wouldn't even mind if the other lady got pregnant by her boyfriend. However Aisha also gave more details by revealing that the lady doesn't live with them, and if she found another person and wanted to commit to him/her they would let her go. 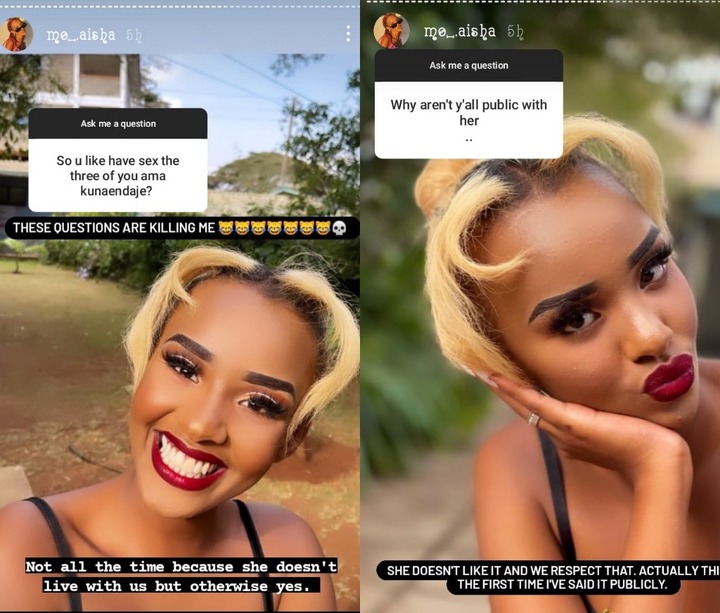 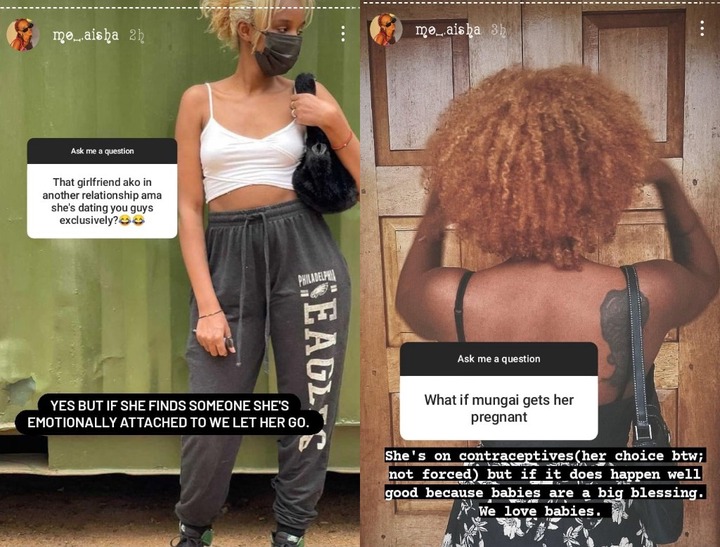 When it comes to how long the trio have been in the polyamorous relationship, Aisha Mohammed revealed that they are in the third month together now.

However she also made it clear that this is not the first time that that they have had such an arrangement with her boyfriend Mungai Mbaya.

Infact they have had another girlfriend prior to the current one, and as a trio they had dated for 8 months before they broke up. 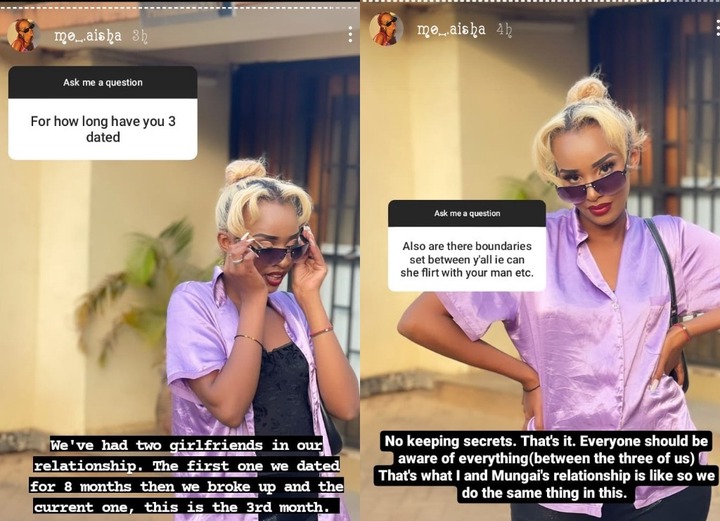 The disclosure comes as Aisha Mohammed and her 22-year-old boyfriend Mungai Mbaya have been in a relationship for 2 years now.

It is reported that they first met through a mutual friend.