Lulu Hasan and her husband, Rashid Abdalla are the directors of Zora drama series which airs on Citizen TV.

In the drama, we get to meet Fela who is married to the main actress, Zora and he has been giving her lots of trouble and unrest.

At the start of the drama show, Fela was an Arden alcoholic who could come home drunk and physically molest his wife. His bad habit transformed to being a womanizer and he could bring home several women despite of Zora, his wife being home. 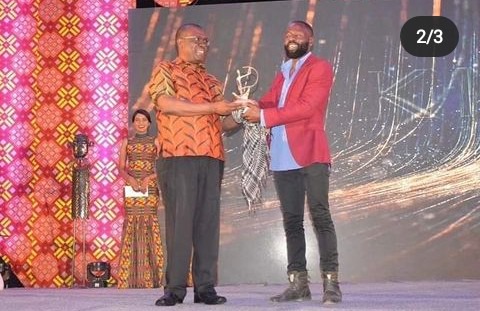 When Zora could not take more of the insults, she moved out to the slums where she made a living as a mama mboga and as a casual laborer at the construction sites.

While there, Fela followed her and he Did all means possible to bring her home but she was hesitant and stood her ground. It even reached a point where Fela tried to kidnap his son so as to compel the mother to come home.

When everything failed, Fela sought court orders which allowed him to be in custody of their son, Simba. It is when Simba moved to his father's house that Zora also followed shortly after and in one way or the other, their love chemistry rekindled. 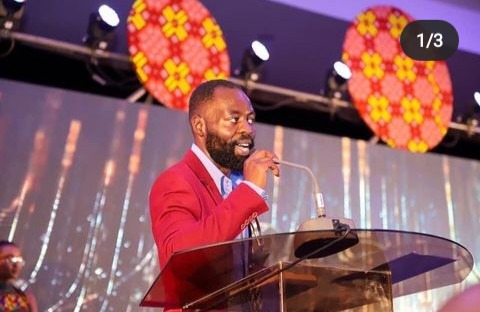 Recently, Fela was crowned as Africa's best Lead actor and his crew were full of congratulation messages to him.

When he posted his award on instagram, most of his fans filled his comments to congratulate him and his Boss, Lulu Hasan also send a message.

To Fela, Lulu Wrote, 'Hongera Sana Bro'. His 'wife', Zora responded by clapping emoji while others send their messages as can be seen on the screenshots below. 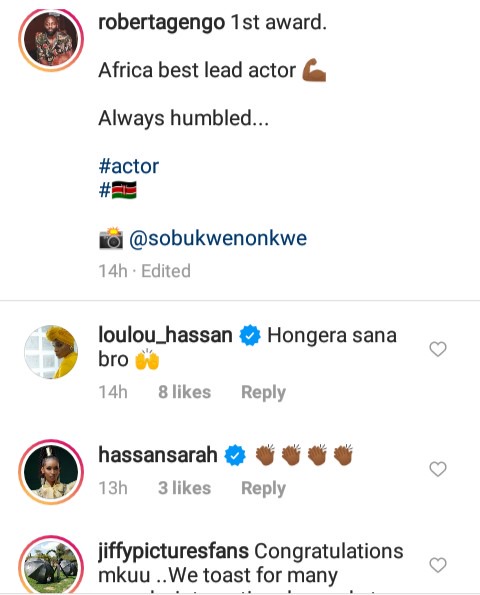 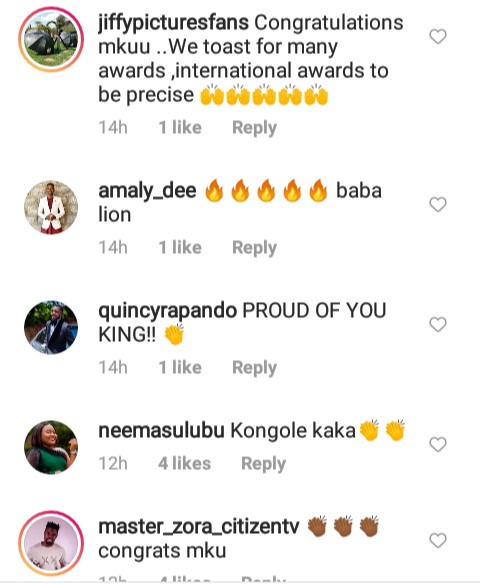