Fans of the popular TV show "Junior," which aired on a local station, were yesterday left shocked as one of its stars narrowly escaped death after being found in possession of stolen goods. 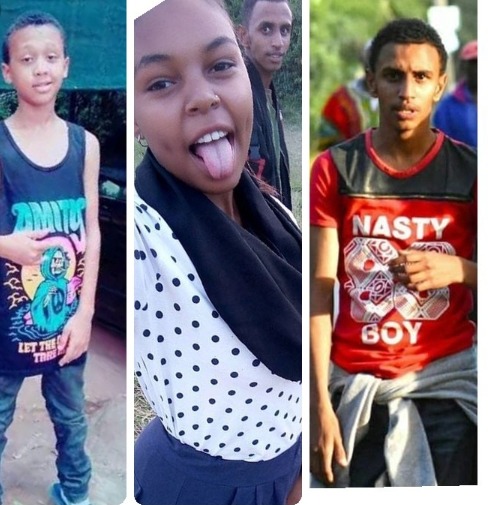 Suleiman Sheriff, better known by his stage name Baken on the hit show "Junior" on KTN, was beaten by mob justice after being found in possession of a stolen motorcycle and two stolen smartphones. He is also accused of withdrawing money from one of the phones.

In the video circulating on social media, Baken is seen bleeding from his nose as he is being interrogated by two men. He confesses to stealing a motorcycle and two smartphones, which he was found in possession of. When asked about his national identification card, Baken reveals that he does not have one. The video ends with him struggling to speak and asking for water, but one of the men responds harshly, "Hakuna Huruma ya mwizi." 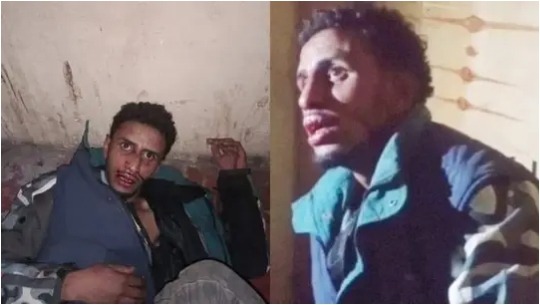 It's really sad to see a young man with such promise and talent end up in this situation. He was an amazing actor who brought so much to our screens with his wit and charm. It's unclear what led him down this path, but we hope that he gets the help he needs soon. It's not too late for him to turn things around and get back on track. 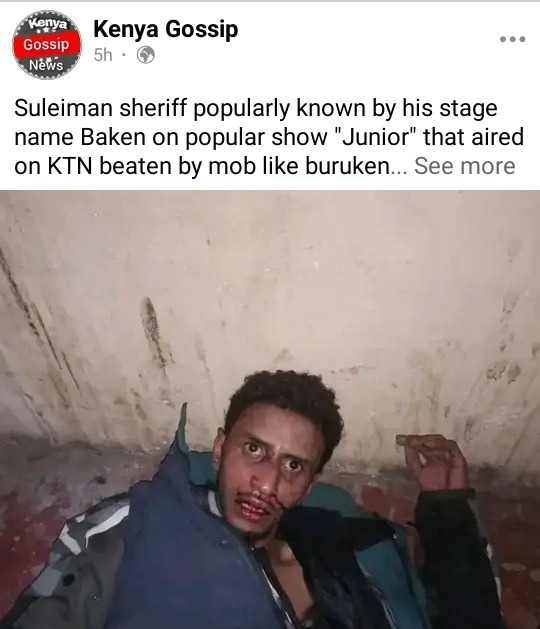 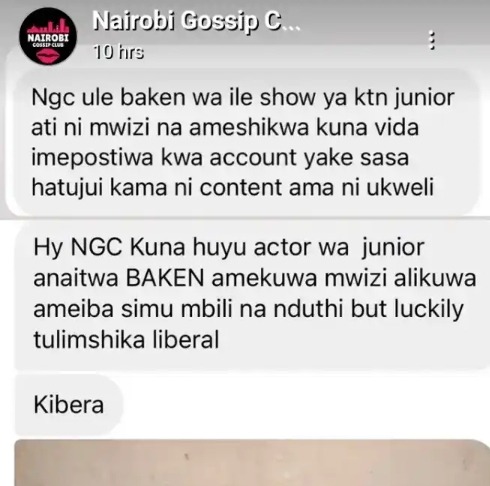 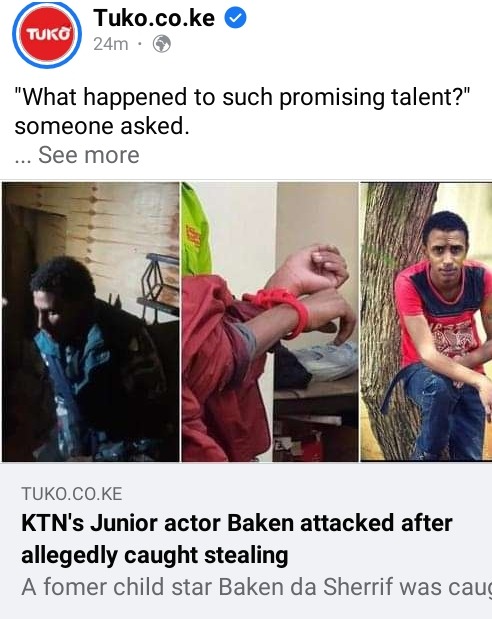