List Of KBC Presenters Who Have Died So Far 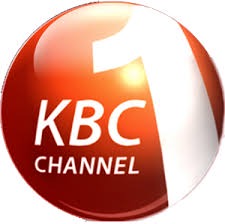 Back in 1980 and 90s KBC Television and Radio were the most watched and listened in Kenya due to shows and presenters they had at that time. Some of the presenters like Billy Omala, Badi Muhsin, Khamisi Themo, Mohamed Juma would make their audiences glued to their radios and TVs just to listen to their shows. Sadly they have died but still remain in their fans hearts.

Below are some of the KBC legendaries who died so far.

His death still remains a shock to many Kenyans who knew him. The Veteran Television anchor Badi Muhsin last week aged 67.

He was known for the 'Yours For The Asking' program on KBC English Service in the late 1980s and early 1990s. Ndichu died at the age of 71 years.

Mohammed started his career with the then Voice of Kenya (VOK), now Kenya Broadcasting Corporation, (KBC), in 1970. He then became Kenya's number one Swahili commentary for the local football and English Premier League matches. Njuguna died back in 2019.

Billy was among the KBC legendaries who dominated back in 1990s. Till his death he was a KBC radio news anchor.

He used to host a show concerning education in KBC radio back in 1990s. Ken died in the year 2020.

10 Jul 2018, veteran Kenya Broadcasting Corporation (KBC), then known as the Voice of Kenya (VOK), newscaster Khamis Themo passed away. He was one of the KBC TV newscasters who dominated back in 1980s and 90s.