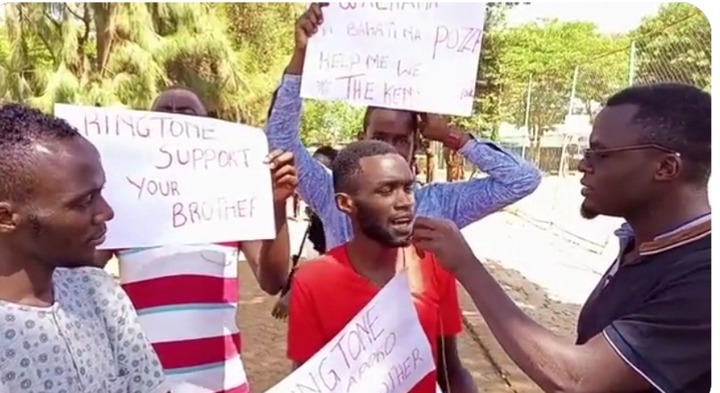 A 20 year old Man Purporting to be the blood brother to Gospel Artist Ringtone Apoko has come out to 'ashame' Him and demanding answers while claiming that the Singer has completely neglected His own Family at Home since He allegedly stepped in Nairobi More than 10years ago while looking for a job.

The Man who didn't identify Himself was seen together with His close friends in the streets of Nairobi carrying placards written 'Ringtone support your brother', while showing off their plea to the public who were staring the whole drama while engaging in their different activities.

The Man now says that He grew up with Ringtone since Childhood but the Singer later made a decision to move to Nairobi to look for Jobs, and became successful Musician at the end. However, He added that Ringtone has never stepped in His Home since then for close to 20 years or even support them in any way possible, since He now has the ability. 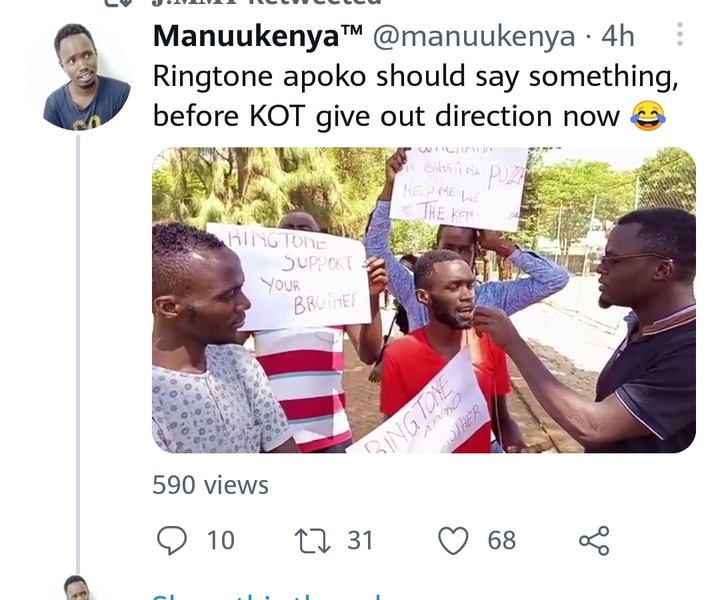 "There is this popular Musician that you all know is called Ringtone and I can confirm that He is my brother. We grew up together, but He later claimed He was going to Nairobi to look for a job and He had never returned again Home and He forgot about us. It's 20 years now I have never seen Him. "He stated.

Further exposures included an alleged whatsapp chats involving Ringtone and the complaint where He sent a message to the Singer and pleeded with Him to help them back at Home since they are suffering, but He claimed that He is very busy and needs space as they will talk later. 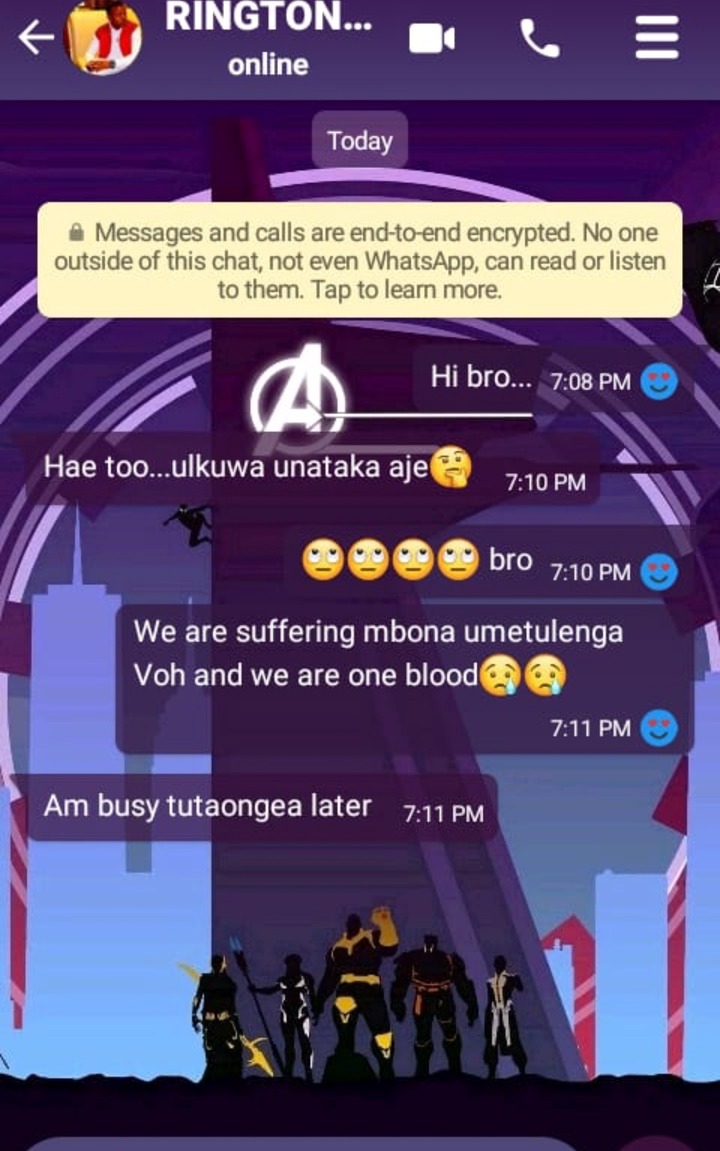 Ringtone has been on the spot on several occasions especially with drama involving His fellow artists while they attack each other, and exposing the secrets to the public. This also comes barely a week since the Talent engaged in a social media fight with Erick Omondi.

3 Common Things That Partners Who Cheat Say When Confronted

'We Couldn't Even Manage To Pay A Hotel On Our First Baecation.' Milly Reveals Her Past.