By Qenyafric (self media writer) | 1 month ago 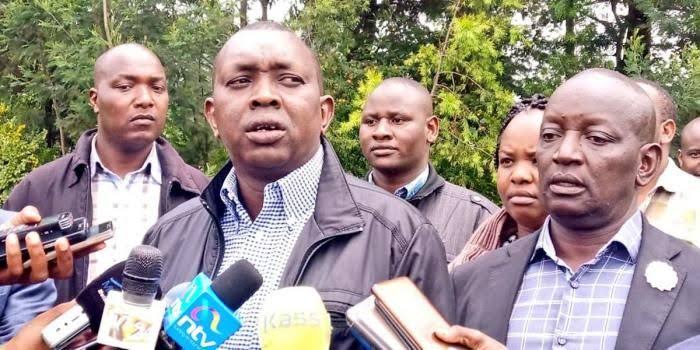 Oscar Sudi’s sentiments aimed at embarrassing an ally of Raila Odinga who is of the Kalenjin tribe Mr Stephen Tarus has been met with harsh attacks from the handshake camp of the government.

Oscar Sudi, a Hustler Nation extremist during the burial ceremony of athlete Agnes Tirop used the opportunity to attack particular Raila Odinga’s proxies based in the Rift Valley region. Sudi was not happy with the message of condolences delivered by Mr Tarus claimed to be that of Baba and rejected it but instead accused them of being conmen that they can even forge a message of condolences.

Hon Sudi was furious that Mr Tarus was popularizing Raila instead of DP Ruto in his own backyard and also cautioned him of calling DP Ruto bad names.

Lawyer Donald Kipkorir, a staunch supporter of Raila Odinga has reacted to the sentiments made by Oscar Sudi via his Twitter account. Kipkorir was not happy with the way his childhood friend, Stephen Tarus, was accused of betraying the Kalenjin Nation by supporting Raila. He said that it was even worse because it was in a funeral service.