'Pray For Me' Nairobi Diaries Actress Cinderella Exposes Man Who Has Been Hunting Her And Daughter. 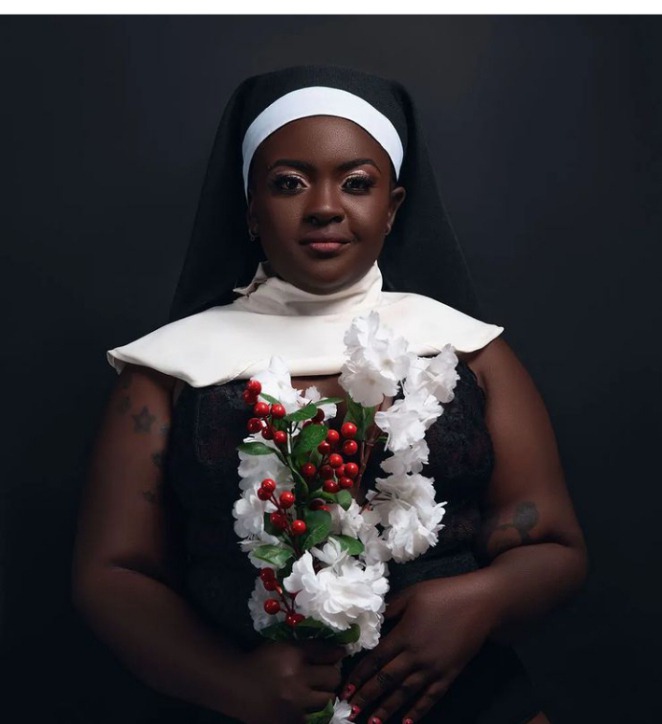 Most of you are aware of who black Cinderella is and she is a top celebrity who took part in the Nairobi diaries as their editor and actresses. Apparently, Black Cinderella is known for her constant rivalry with Bridget Achieng and the two can't stop exposing dark secrets of each other that often are controversial in public. Now, this evening, Black Cinderella came with new confession and she has asked her fans to pray for her. 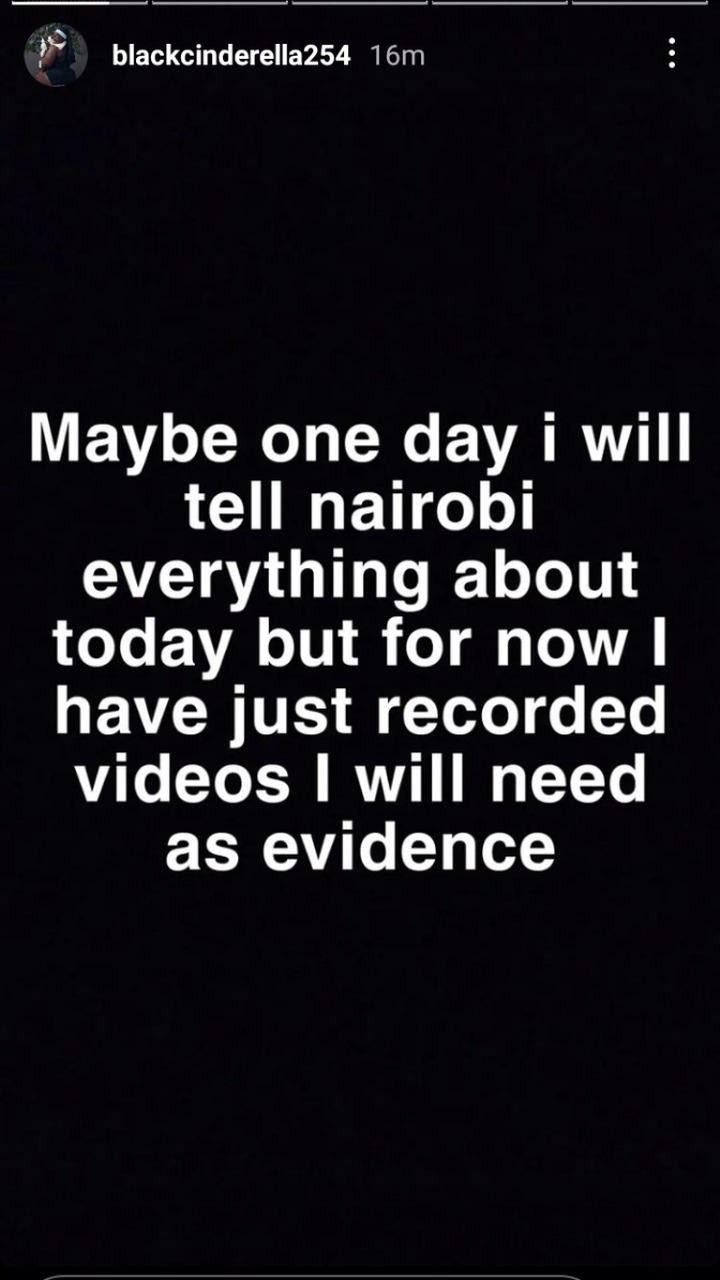 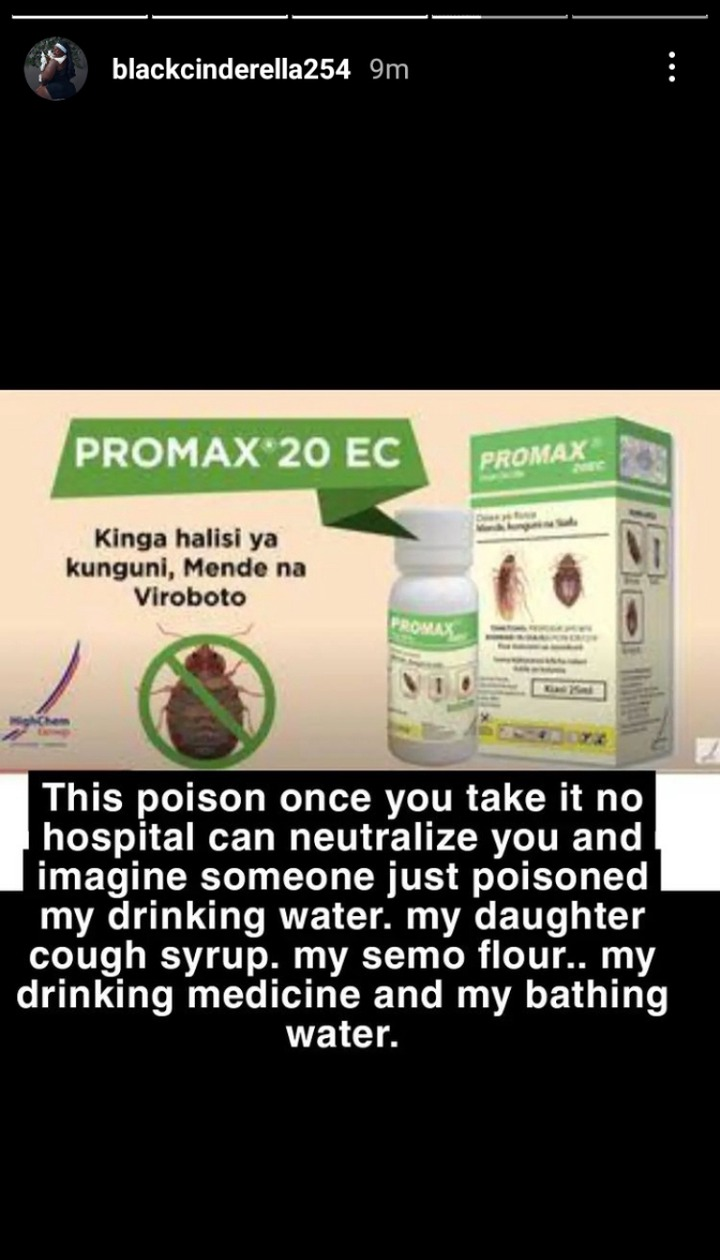 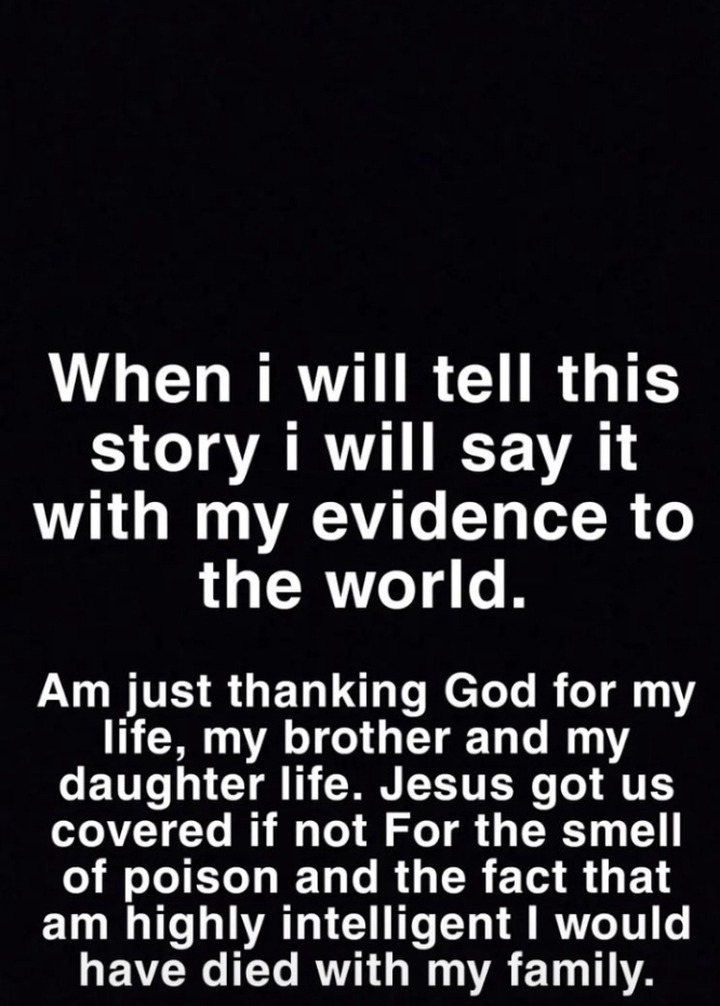 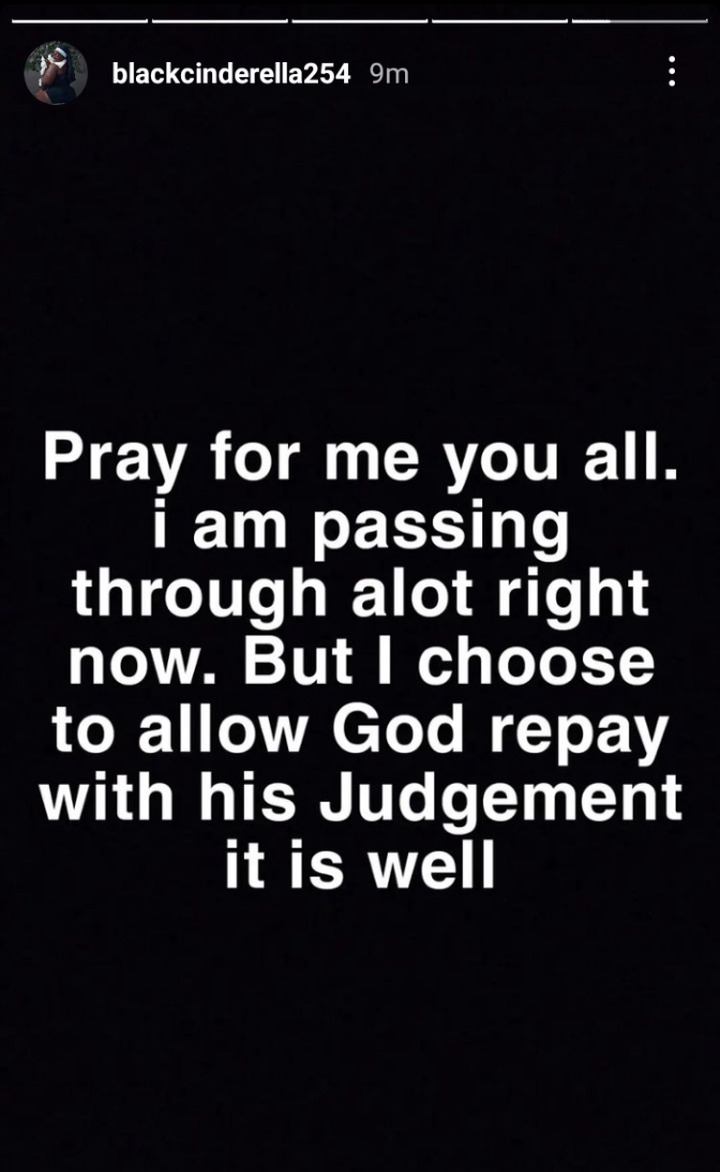 According to her Instagram post, she was exposing a man who is a close friend to her and she was so angry that she ended up saying that the heart of a man is evil. Black Cinderella said that this man entered her house and took advantage of everything. He actually had a pesticide poison which he has mixed with everything including the baby's cough syrup, drinking water, bathing water and everything that could be easily consumed by people. Black Cinderella said were it not for her strong sense of smell and intelligence, right now her daughter, her brother and herself could be counted as dead because the poison kills so fast. Black Cinderella claims she has videos and soon she'll expose the evil ordeal. 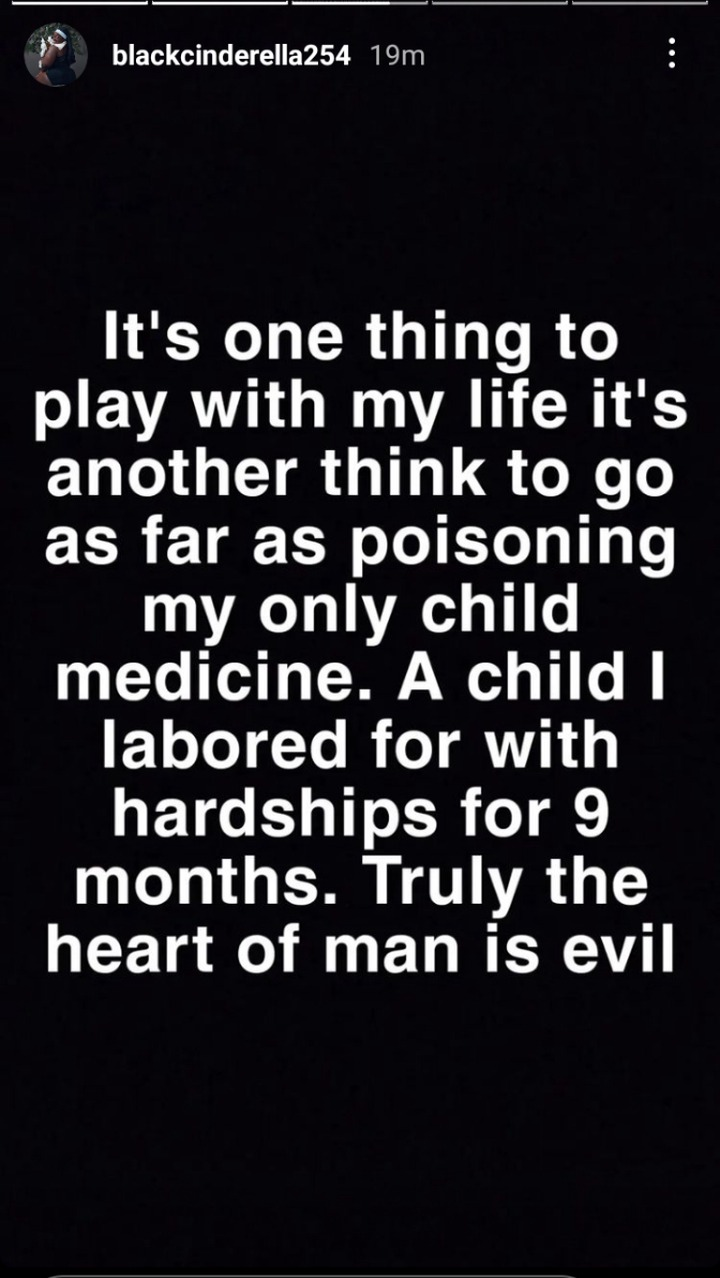 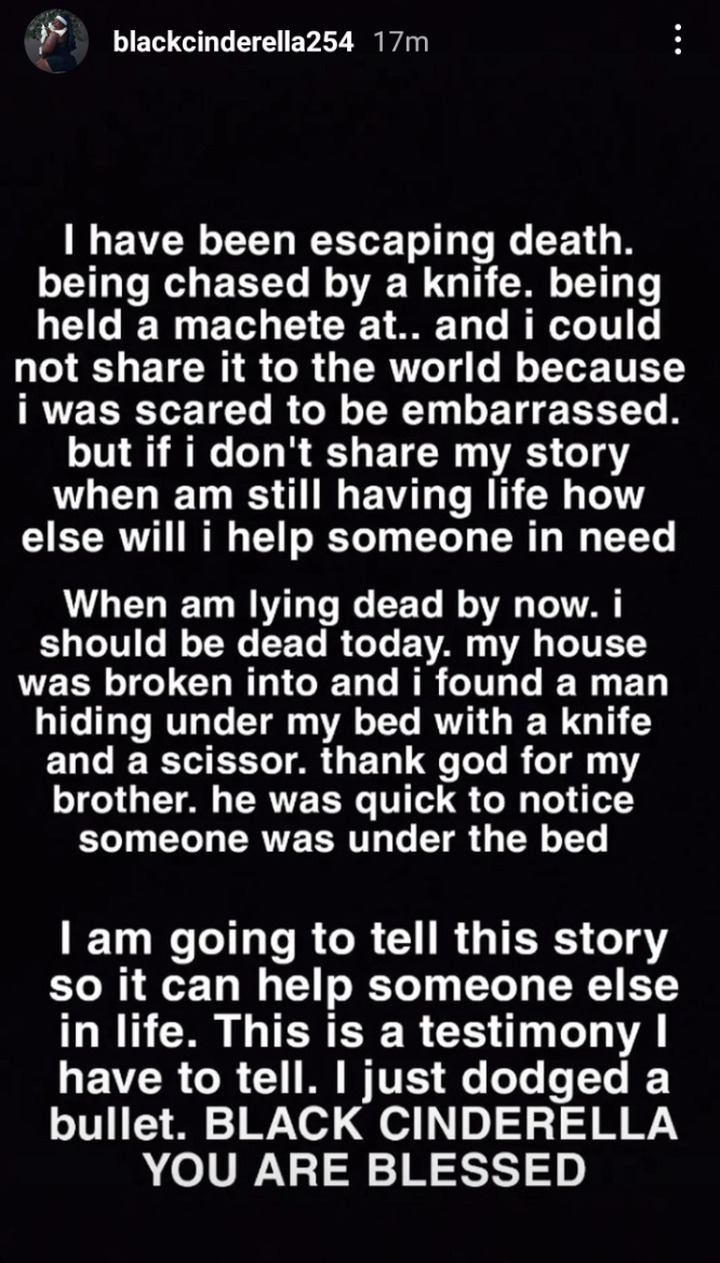