Few days after rapper Natalie Florence Kutoto alias Noti Flow took online to give reasons why she broke up with her ex-lover King Alami, the latter has broken her silence too. It is well remembered that earlier this week the 'Foto Moto' hit maker had a deep Q&A session with her fans on her insta stories.

And when some inquired why she called it quits with their fairytale love life, Noti Flow revealed that they just had a little argument but King Alami overreacted to the point that she became violent towards her. 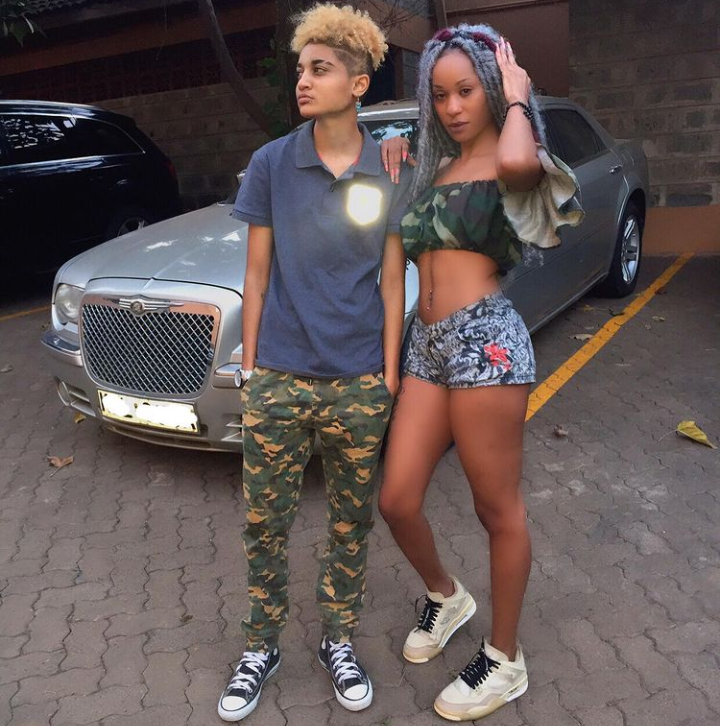 When a follower asked;-

" Did your ex try to literally kill you ? As in was she physical? And how often, *hugs Natalie"

In her rejoinder the ravishing rapper shared scary details about how their whole drama unfolded as shown below. 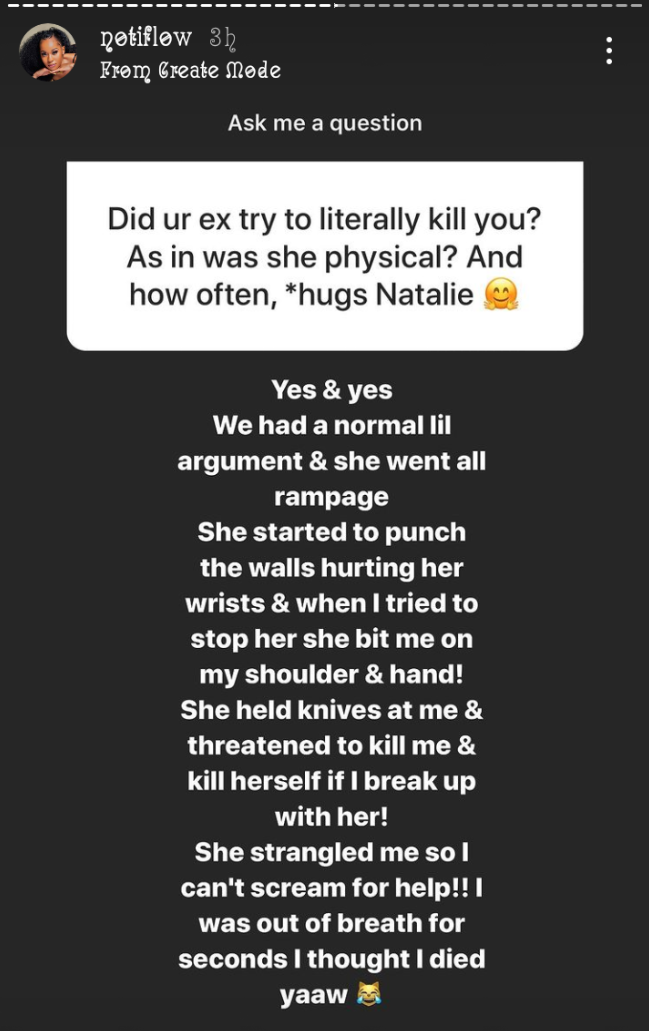 However in response to her explosive disclosure, King Alami has also recently taken to her Instagram account to acknowledge the allegations, and even offered an apology publicly.

Admitting that she still loves the rapper she said;-

" I wanted to publicly apologize to my girlfriend @notiflow.

No.1: For being violent towards her and physically and emotionally hurting her.

No. 2: For abusing her and raising my voice at her. 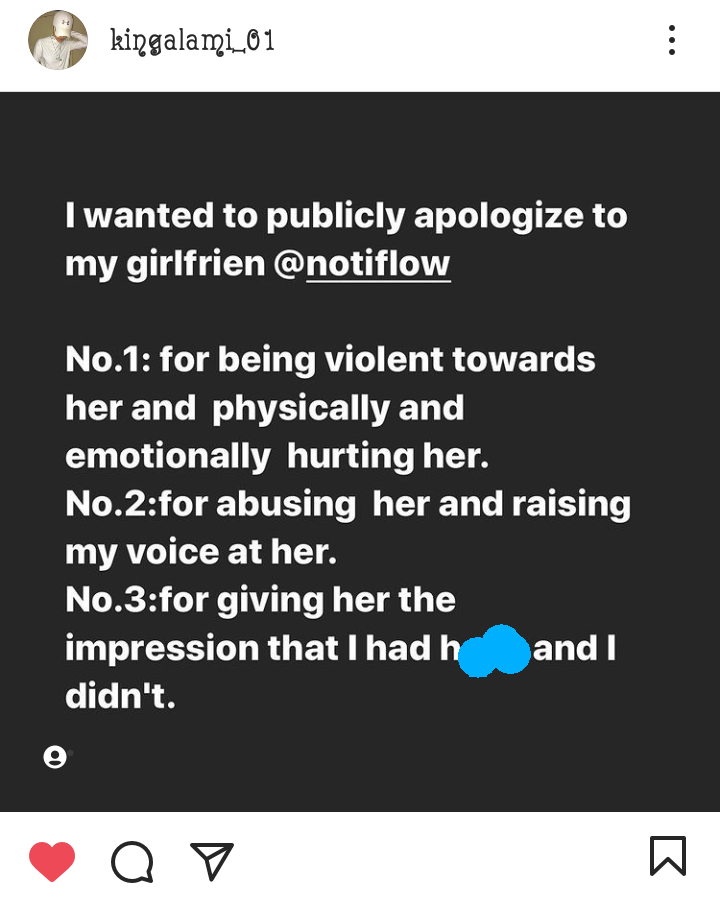 The post quickly elicited reactions from netizens who alleged that the duo had already gotten back together.

This is presumably because of how King Alami's Instagram account is suddenly again full of Noti Flow's photos, after she had earlier deleted them. 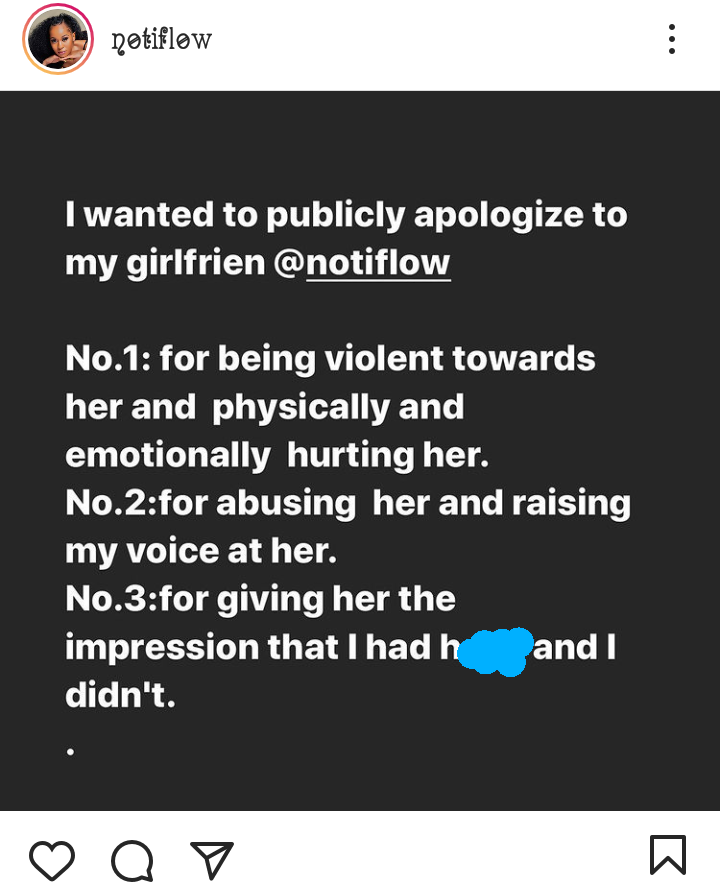 Here are their reactions;- 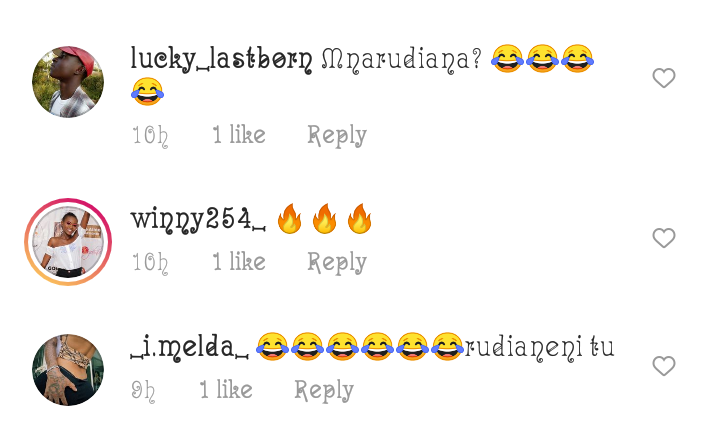 It should also be remembered that Noti Flow earlier ruled out the possibility of getting back with King Alami in the Q&A session.

When a fan asked " Would you take King Alami back?? If you stop acting like you don't care about each other", the 'Foto Moto' hit maker responded with " Nope. She almost killed me!". 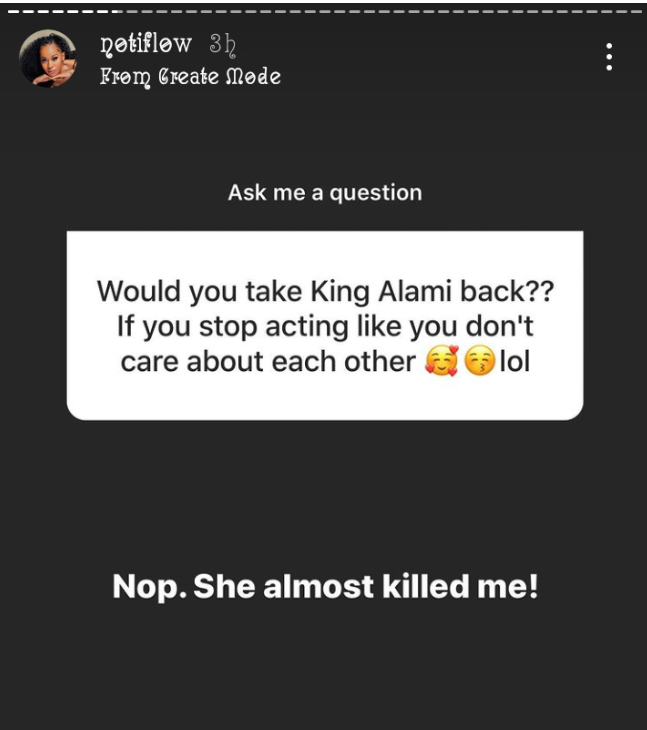 Apart from the violence which fueled their break-up, Noti Flow also once hinted that her expectations weren't being met in her relationship with King Alami.

While the former wanted an exclusive relationship with the latter as just lesbians, the latter was still interested in men as she is a pansexual lesbian. Their bitter break-up came just 2 months after the former lovers took online to officially announce that they were dating in late May 2021.