Rhumba Legendaries Who Have Died, Josky Kiambukta Is The Latest To Die

By Jafarmuzik (self media writer) | 20 days ago 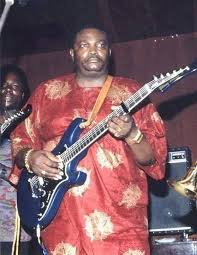 Rhumba is one of the music genre that won't fade away no matter what. For instance rhumba that was recorded in 1970s is still fresh and played in all media houses and in clubs.

Congo and Zaire are the African countries where rhumba and linga music is produced. Most of rhumba and lingala musicians like Kanda Bongoman, Franco, Madilu, Mbilia Bel among others come from these two countries. Artists like Josky Kiambukuta, Franco Olwambo Makiadi, Madilu System among others who have died left a legacy that many Kenyan musicians follows.

Josky died early this year In March at the age of 72 years after long illness. He was the founder of TPK Jazz band who led it until his retirement in 2009.

He was one of the successful rhumba artist in Congo and Africa at large. Kasongo died April 2020 in Kenya where he had stayed for over 30 years. He died at the age of 73 years.

He was well known across Africa by his hit song Papa lolo. The 75 year old legend died due to heart failure in Nairobi while he was in the country for a recoding tour.

His hit songs like Ya Jean, Frere Eduardo, Nzele are still played by many since he died some years back.

He was well known by his song Mamu, back in 1980s but still fresh.