Famous Bold Network Africa CEO Makena Njeri has today hinted that she will not rekindle her relationship with her ex lover Michelle Ntalami, even despite some netizens still rooting for them. 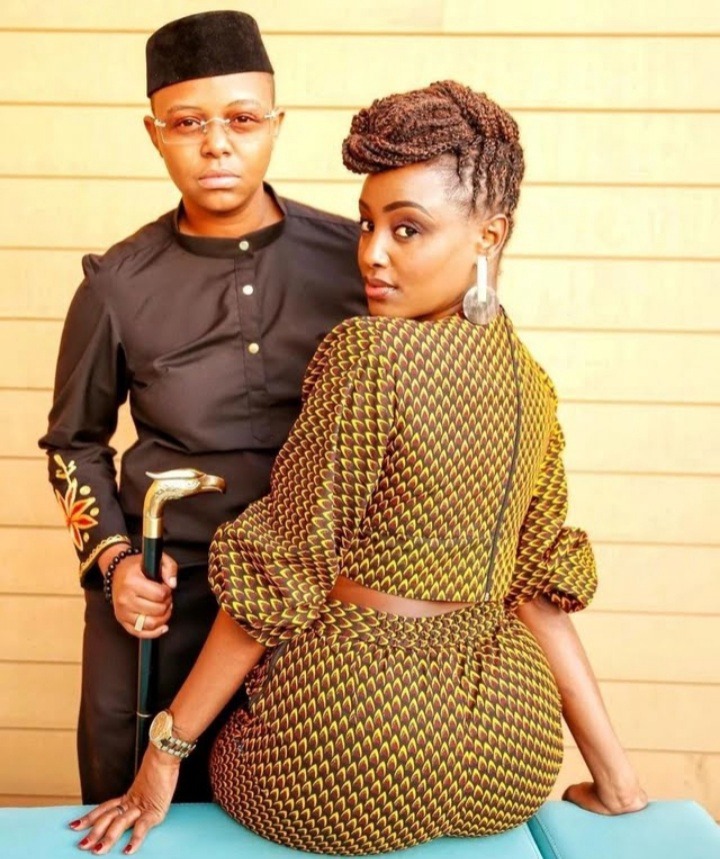 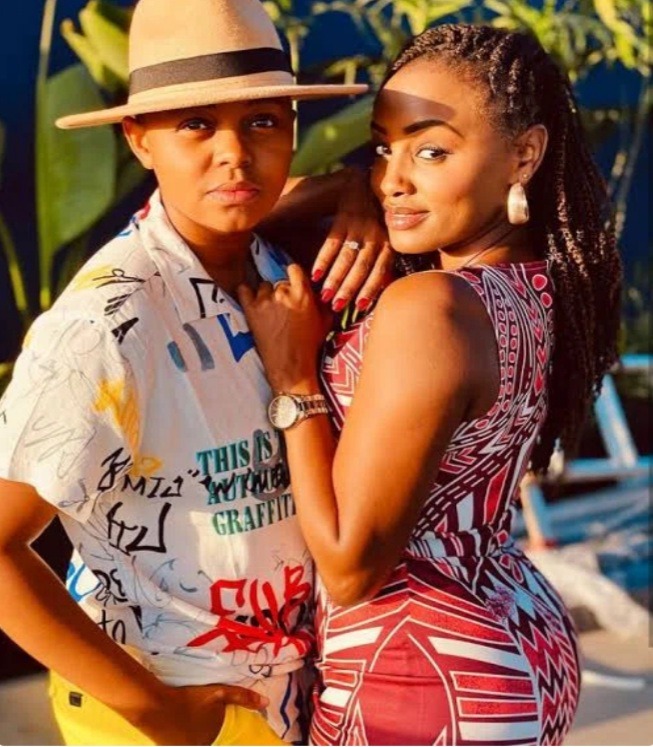 This was via her insta stories, where she shared a message that she had recently gotten from one of her fans, who showed how some were still disappointed after they broke up.

According to the anonymous person some queer members were even more shy to come out publicly, because they used to look up to the former lesbian couple. 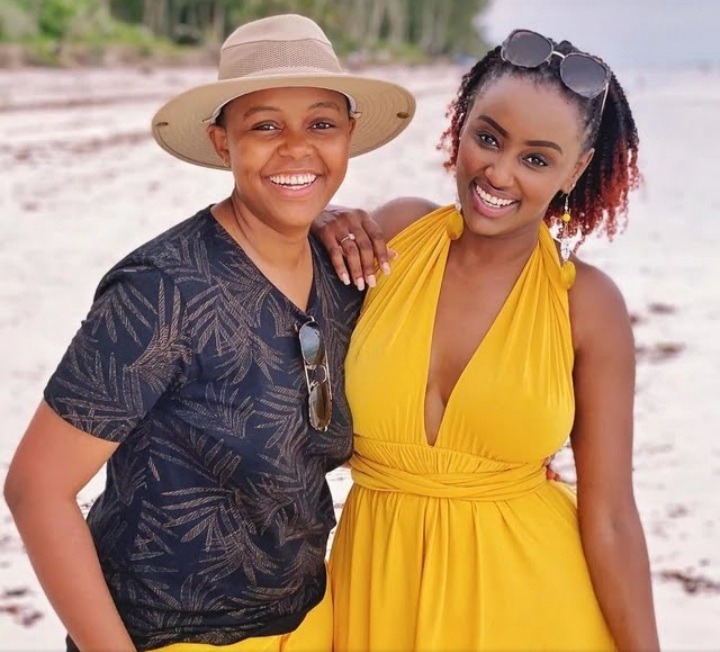 However in response to the person, Makena Njeri who is also a former Tahidi High actress made it clear that even though she still respects her former relationship, sometimes things are hard and they just don't work out.

"Now my people. I receive so many messages like this in my DM every single day. Love is a beautiful and hard thing at the same time. For the respect I had and still have for this relationship and my community members and allies who send this messages. I want to say that ignorance was never a route I chose to follow. I just give things time. Matters will be addressed.." she said in part. 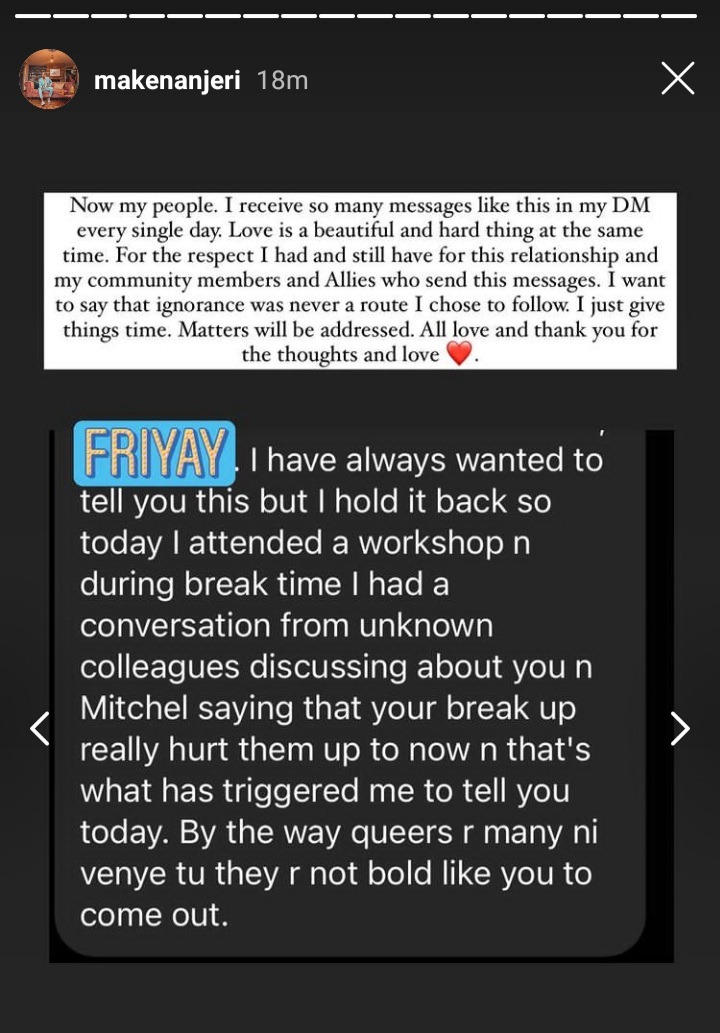 Makena Njeri's post comes just few weeks after she rose eyebrows online, after she was spotted hanging out with Michelle Ntalami.

This was at the Fireboy concert that took place in April at Ngong Racecourse. 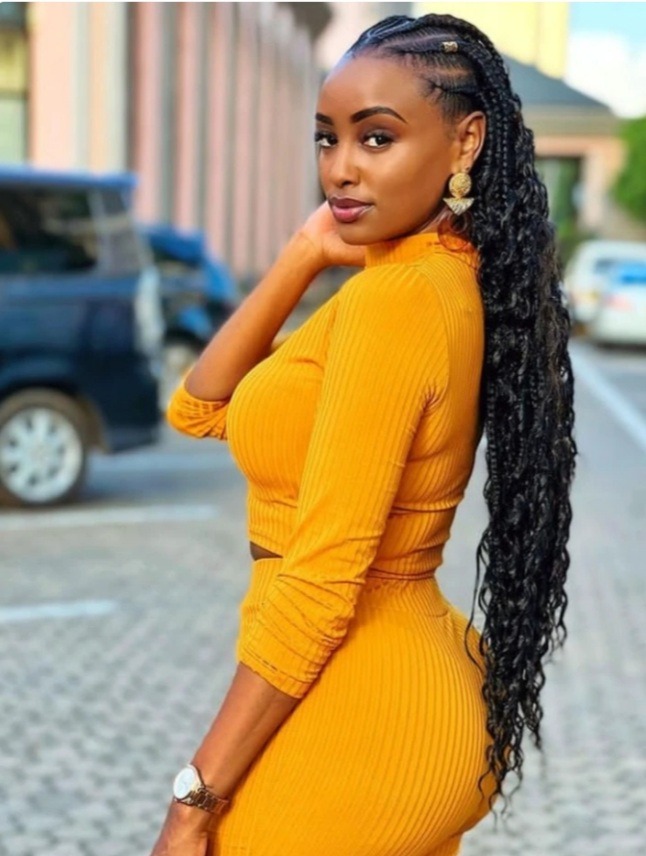 However days later the voluptuous Marini Naturals CEO had a Q&A session with her fans, and also made it clear that the two had not rekindled their relationship. 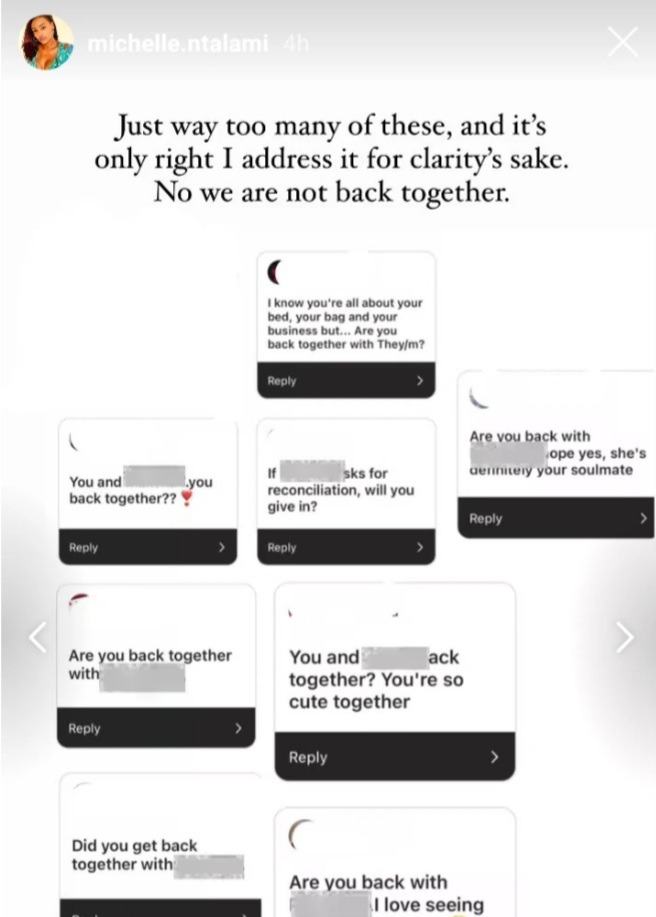 The lesbian couple however broke up in November 2021 after being together for sometime.

It was infact Michelle Ntalami who exposed Makena Njeri for allegedly being a serial cheater, who was not faithful to her during the time that they were still dating.