Who Is Zora? :Check Out

By Betounic (self meida writer) | 27 days 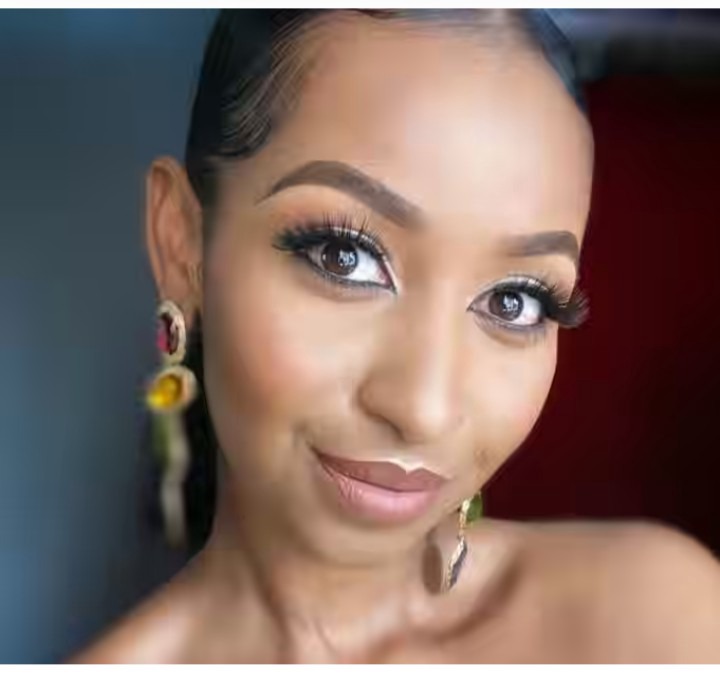 Sara Hassan, popularly known as 'zora' Citizen TV drama series is an award-winning Kenyan actress who rose to fame after starring as Tanya in the comedy-drama Tahidi High, a local TV show. She is currently casting as “Zora” on the recently unveiled Zora Citizen TV love drama series. Apart from acting, she also does fashion modelling and TV presenting. She is also known for gracing our screens as the host of Citizen TV’s Wedding Show.

The ever-sexy mother of one was born on 5th September 1988 in Mombasa town, Mombasa County, Kenya. The dazzling beauty is currently 32 years. She is a Kenyan lady by nationality.

Unknown to many, the gorgeous lady is an only child, meaning she is the apple of her parents’ eyes. Sarah spent most of her childhood in Mombasa, Kenya. Lucian and Hassan are her birth parents.

The now mother of one attended Machakos Girls High School in Machakos County for her secondary school education. The beauty then proceeded to Jomo Kenyatta University of Science and Technology where she pursued her degree. At around 2016, she went to the high-status New York Film Academy to chase a career in Hollywood.

She debuted her acting profession in 2009 by excelling in the lead role of Tanya in the comedy-drama local TV show Tahidi High that became the talk of time during those days. Her beauty together with the talent she depicts on screen led this to become the model’s revolution in the Kenyan film scene.

Shortly after, Sarah got a chance to play a character in Demigods, Saints, Changes, Sakata, House of Lungula, Jane and Abel, Live or Die, Now that you’re here, Discovery +254, How to Find a husband and Plan B. She also became a host at a reality show that aired on Maisha Max. Sarah Hassan stepped in the place of Noni Gathoni in 2013 as the host of The Wedding Show that aired on Citizen TV. She did the job for about one year and left in December 2014.

Apart from acting and TV hosting, Sarah Hassan has made a name for herself by working in the local fashion industry both as a model besides being a spokesperson.

Sarah became a household name, thanks to her lead role as Tanya. This was the introductory phase that most people got to see her gracing their screens even though he had starred in Nefertiti and the Lost Dynasty in 2007.

After courting for a short while, the dazzling beauty was taken aback after the love of her life went down on a knee and proposed to Sarah in what she terms as an unexpected turn of events. The two went to an event that the husband and Sarah’s friends had planned where the romantic Nigerian guy went down on one knee and popped the big question to Sarah Hassan, who said yes.

Sarah and Martin Dale tied the knot in a vibrant garden wedding at Nairobi’s Karura Forest on 25th February 2017. The lovebirds had been friends for a while before deciding on taking it a notch higher. 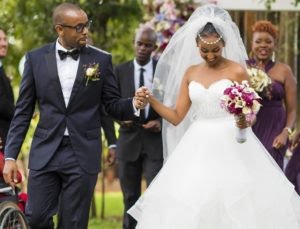 Sarah Hassan’s husband is Martin Dale. Sarah met her lover at a gym in ABC Place, Westlands area, Nairobi, Kenya. The two had been friends for a long time before they decided to officiate their union. Martin Dale is a Nigerian man. The two have been together since 2015, this year marking their 5th year together.

After rocking her beautiful baby bump for 9 months, the dazzling Kenyan beauty finally popped. She gave birth to her bouncing baby boy around April of 2019. This means that as per June 2020, the baby already celebrated his first birthday.

She is an avid user of Instagram and uses the platform to document what she is willing to share about her life such as love life and baby’s progress. Her Instagram account @hassansarah currently has over 745,000 followers.

She has been residing in Los Angeles, California, the United States of America, where she has been living together with the husband and son. She is currently in Kenya for the Zora Citizen TV drama series project in which she is the lead actress. The project is expected to take more than a year, airing episodes each and every weekday from Monday to Friday