A Tanzanian man was lucky enough to escape the wrath of mob injustice after an alleged group an angry mob took him to the police station for allegedly abducting children. 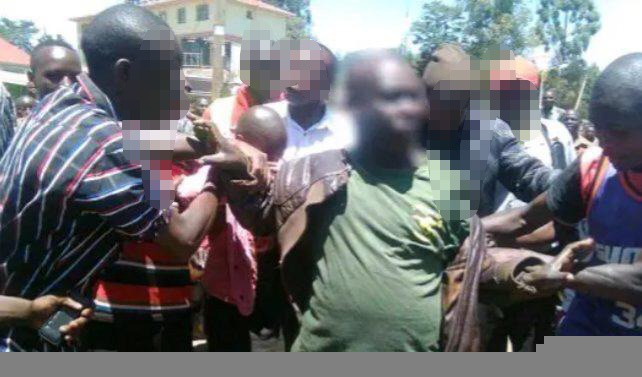 Confirming the incident, A Facebook user who has been identified as Paul Abashwili said revealed that the incident happened on Eastleigh where the man had been apprehended and taken to the police.

According to the reports given by Abashwili, he said that the man who was taken to Moi Base police station was a Tanzanian citizen.

Taking to his Facebook account to express his concerns and opinions on the disappearance of children in the country, Kenyan inspector general Hillary Mutyambai has called upon Kenyans to stay vigilant at all times.

Report received from the iG has revealed that there might be a syndicate specialized in child abductions and so due to this reason, they have called upon the public to be extra vigilant at all time and report this incidents as soon as they happen. 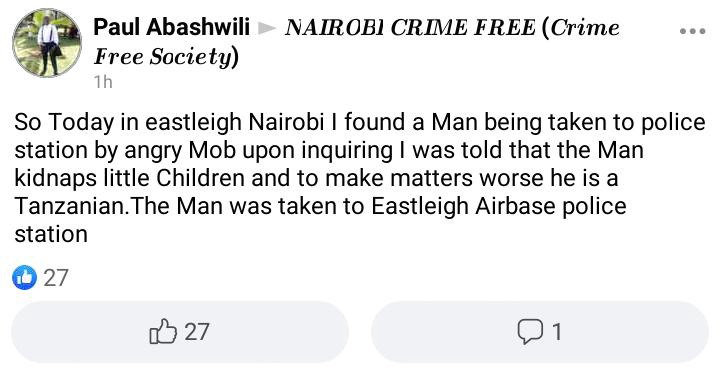 Fear As Thieves Break Into Houses, Feast Then Rob Victims

Only death which can separate Akothee with Nelly

What Are Micheal Scofield's Most Hilarious Quotes.