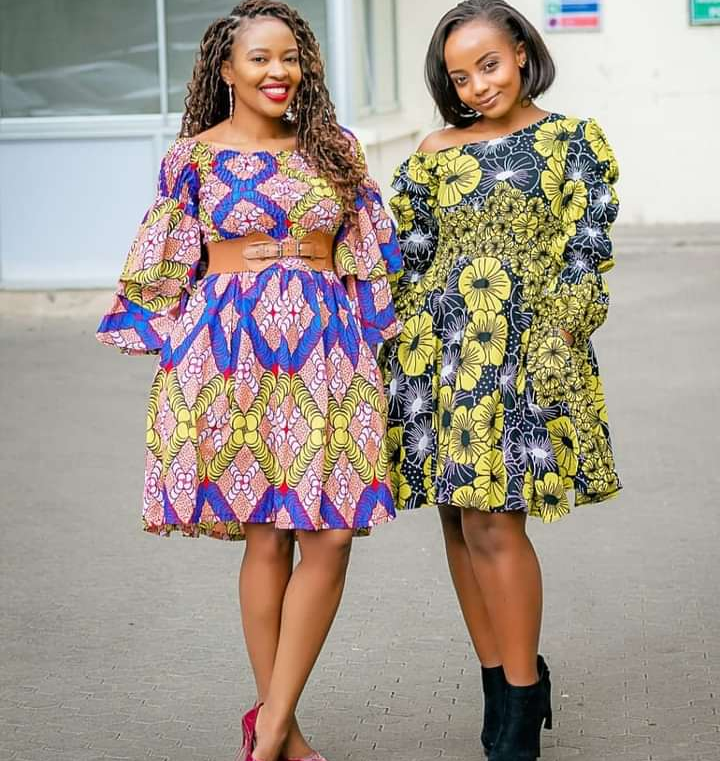 Aside from sharing a common thing in regards their musical careers, the beauty queens are also TV presenters and amazingly both work at the Royal Media Services-owned station Citizen TV. 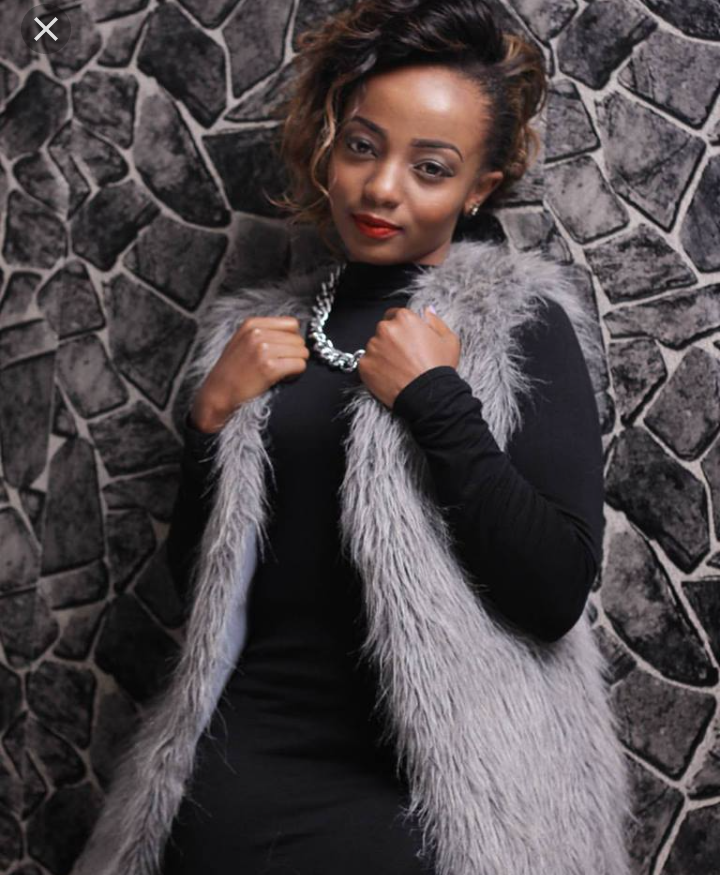 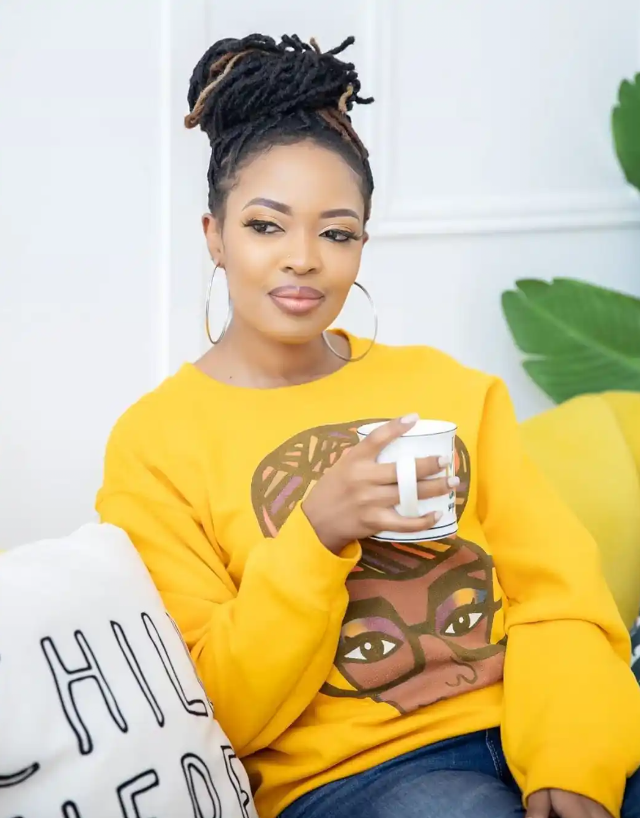 From their posts online it's clear that the sassy TV presenters are also close friends, and just recently Karwirwa stepped in to host Kambua's show 'Rauka' while she went on leave. 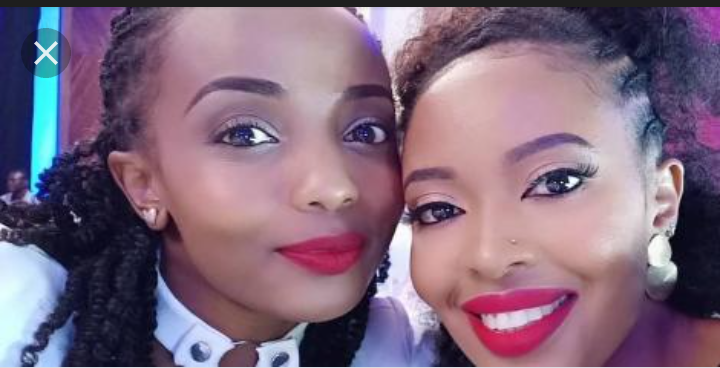 This was due to the unfortunate happenings of earlier this year where she had lost her son Malachi Manundu.

On February 15, 2021 Kambua also announced that she was taking a social media break in order to mourn him.

However despite being close colleagues who share common interests, the beauty queens strangely are yet to work together on doing music.

This was recently brought up by a fan after Laura Karwirwa opened up a forum online for her fans to ask her anything. 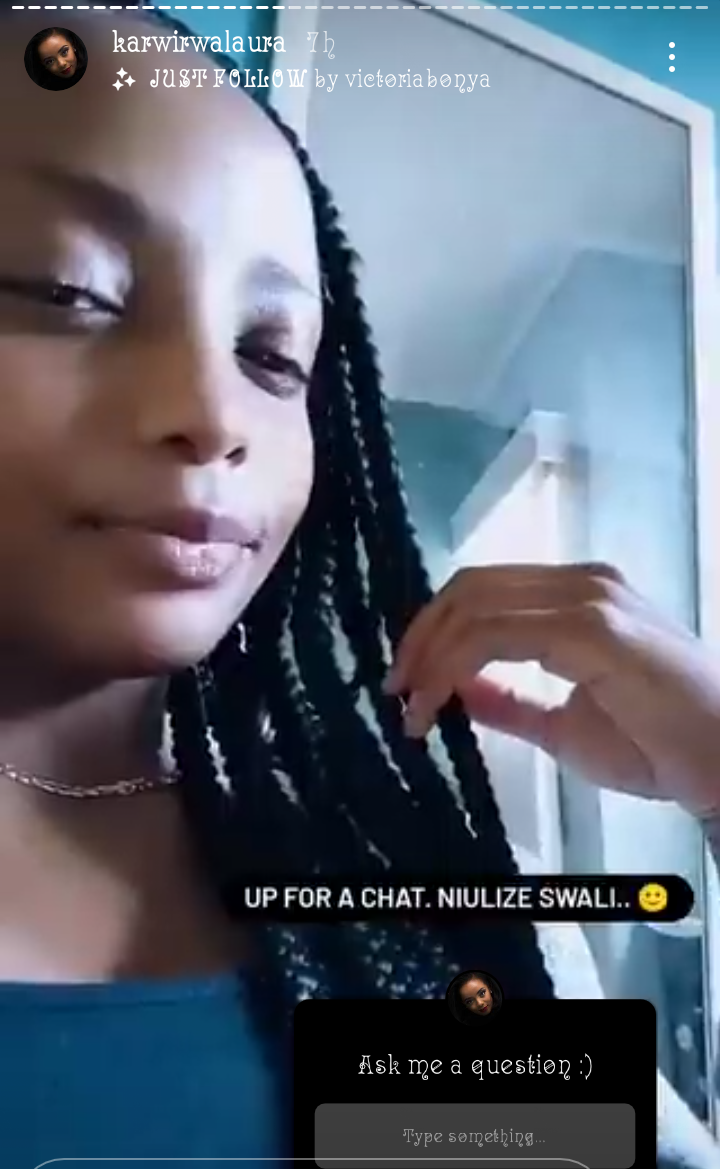 When the anonymous follower inquired why they haven't yet collaborated on a song together, the 'Ujulikane' hit maker revealed that it's actually not easy because of their friendship.

" When you're close to someone, it strangely doesn't occur to you that you can do something together. That's my story with Kambua, Pitson, Bire...

But I hope one day we'll actually be intentional enough to do something. That would definitely be nice". She said in her response. 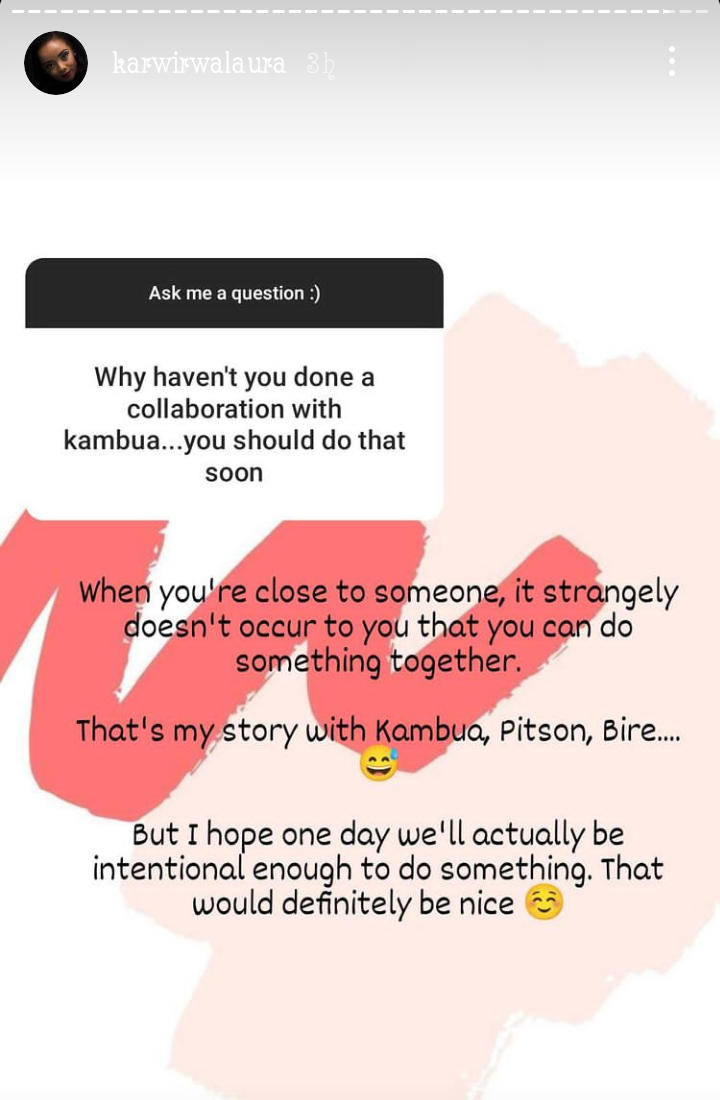 Why Wanjaro Junior Might Not be Buried Any Time Soon

Chelsea Confirms Player Medicals Ahead Of Move, Latest On Transfers