Sauti Sol's singer Chimano personal life has been a puzzle despite being a celebrity.

However, it appears that the husky singer is loosening abit,beginning with his relationship and now his elder sister,Barbra. 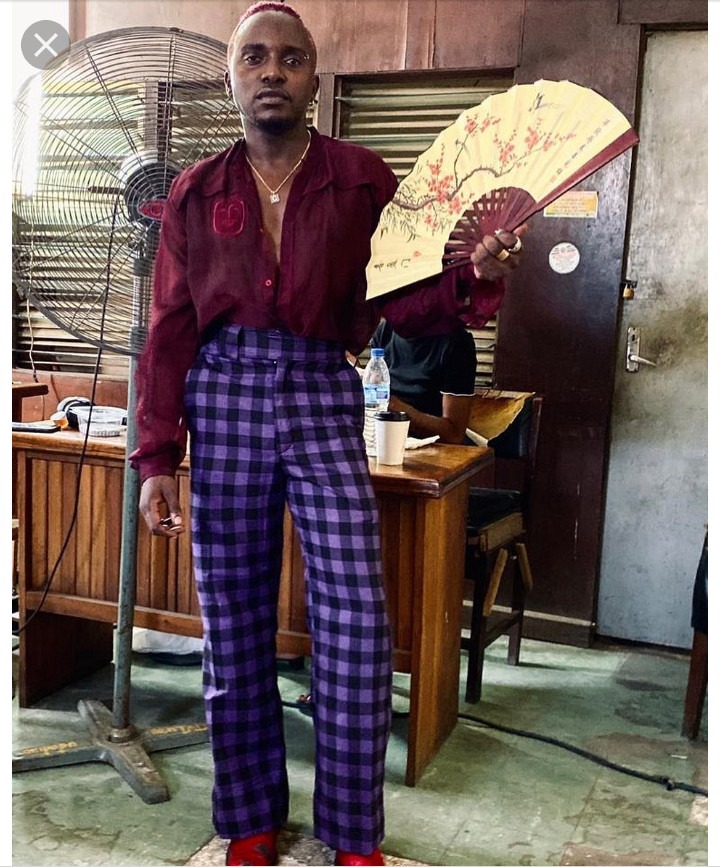 Discretion is his middle name,very little is known to the public about his life and that of his family.He is among the celebrities who have successifully separated their public life from their personal life.

He has kept his family distant from mainstream media and social media platforms But for the first time, Chimano has surprised his fans after he disclosed he has an elder sister,Barbra M'mbaka,who is a radio presenter. 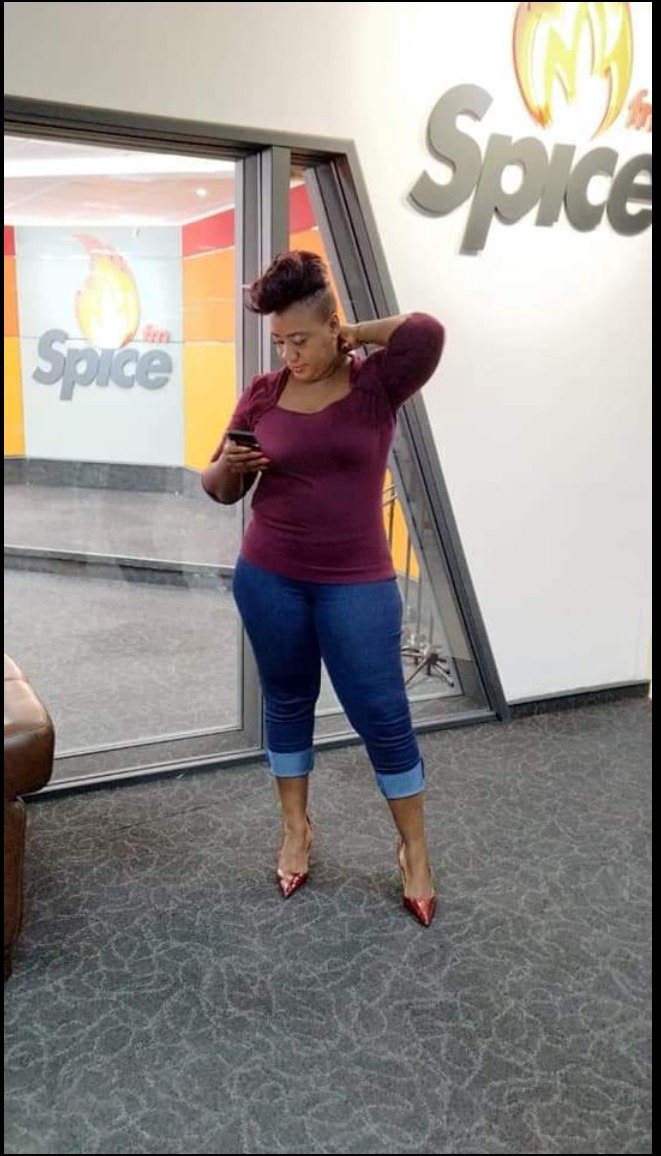 This revelation was made during latest episode on Chimano's personal life on Sol Family docu-series,a reality show that premiers Sol family. 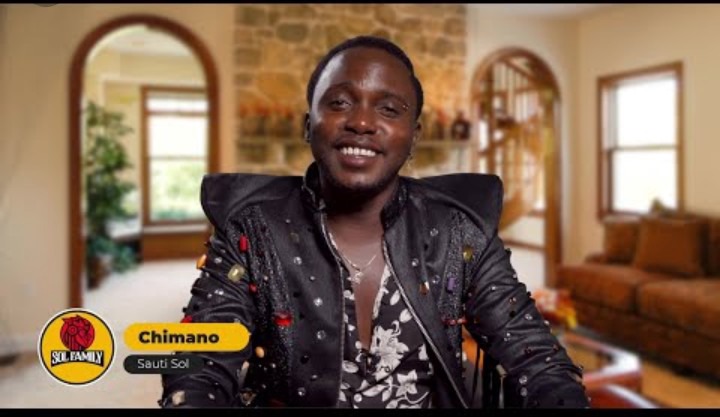 His sister works at Standard Group radio station,Spice Fm where she featured in #AdultsIntheroom show that airs every weekday from 7pm-10pm.

The show is a deep dive into daily adult issues touching on the realms of relationship,money and lifestyle.She cohosts alongside two gentlemen Eric Omondi and Emmanuel Kisiang'ani. 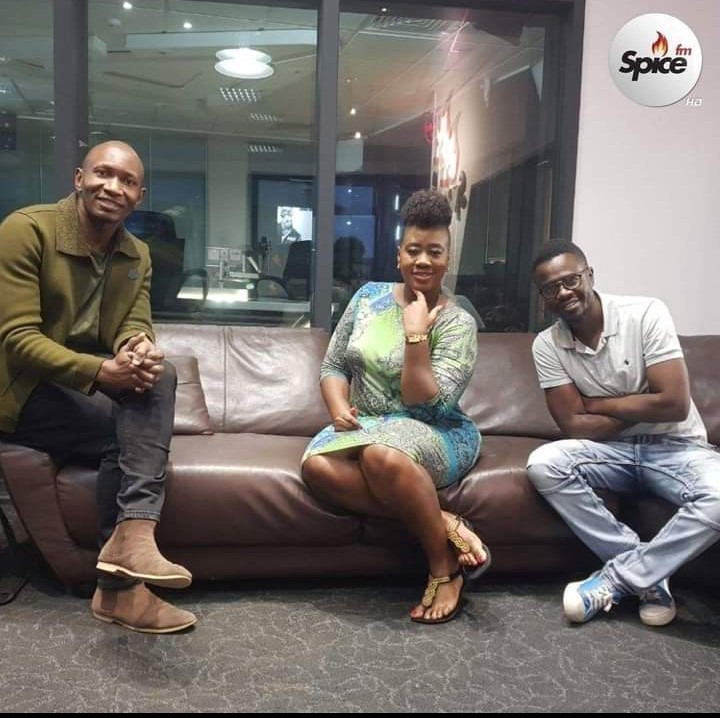 In his family,he is the only son and the last born in the family of three.

However,Barbra M'mbaka alias 'The Duchess of Ikolomani' during her show revealed that she is a divorcee and a mother of one.

Few months back, the singer was celebrating his birthday and his sister took to her facebook page to wish him well as he added another year to his age. 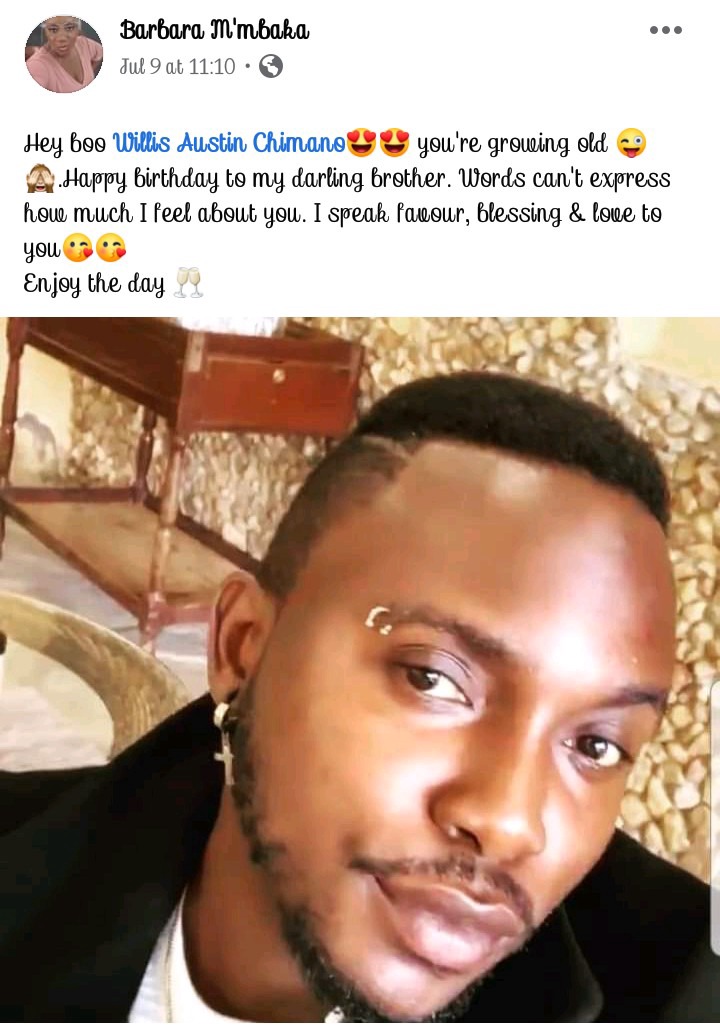 Chimano has been a closed book and barely let fans into his life unlike the other members of the afro-pop band.