Diana Marua On The Spot After Bahati Released Sensitive Photo 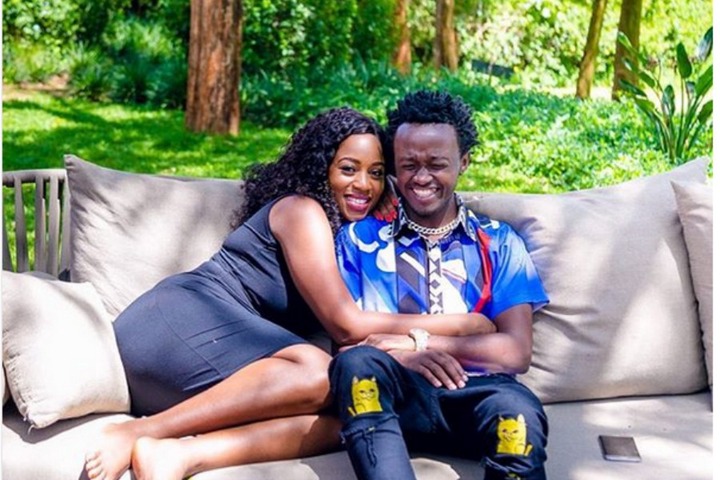 Celebrity couple Diana Marua and her husband Bahati has become a subject of discussion on the internet after a sensitive photo showing the former admitted to a hospital emerged on the internet. The photo in question was published by Bahati himself. The father of four accompanied the photo with a lengthy statement in which he explained the reason for releasing such a sensitive photo. 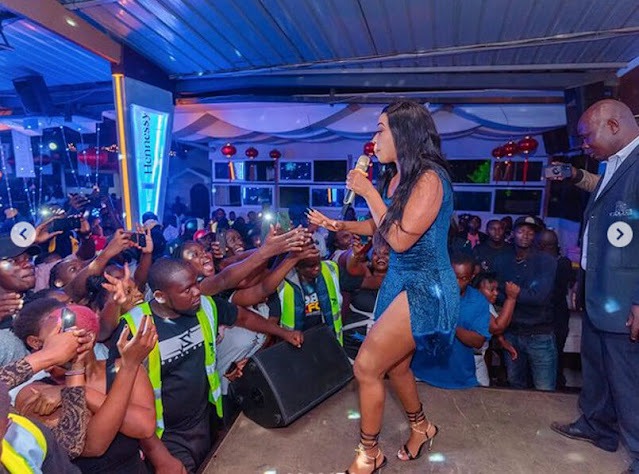 In the photo in question, Diana Marua is seen lying on a hospital bed looking ill. Bahati in his explanation claimed that the photo was to mark the challenges that his wife had gone through in the recent past. According to the statement, the photo was taken after Diana Marua got sick and was admitted to a hospital. 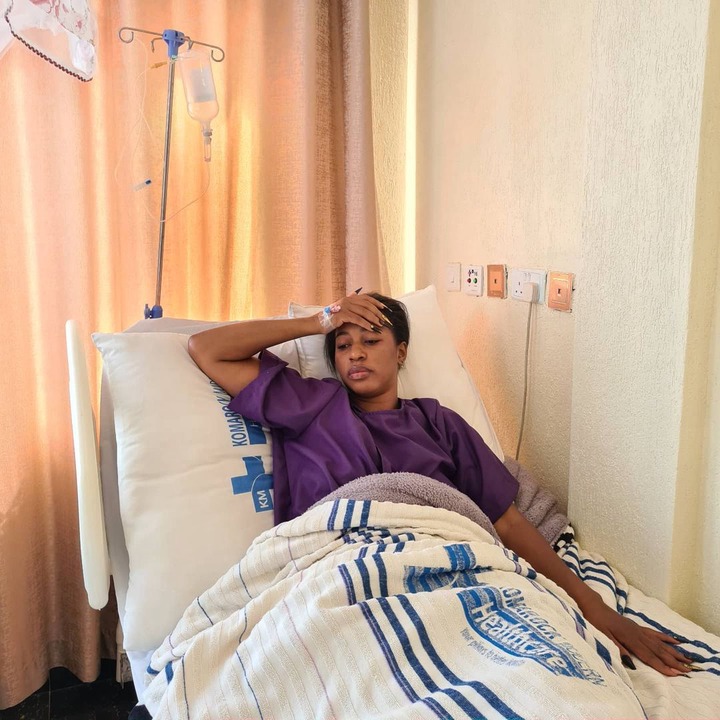 The singer further noted that the challenges were setbacks that Diana Marua had experienced while working on launching her music career. "God always allows all Great People in Life to Face Great Battles as a Way of Testing their Greatness!!! But If You walk with God You will always Decern all Battles send by the Devil and Focus on the Greatness ahead of You... The Devil was Scared of the Favour This Woman Carries and the Numbers she has managed to Command within a Short Period of time and the 1st Trial Was @Diana_Marua Got Sick Unexpectedly and Got admitted," part of Bahati's statement read. 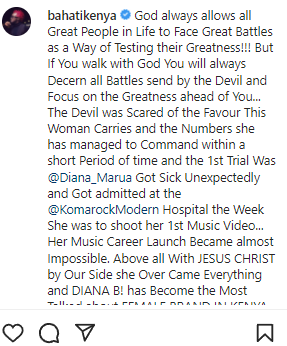 The photo spark a varied reaction among his followers with a section of the netizens claiming that Bahati had used the photo to attract attention.

The couple has also come under criticism in the recent past for allegedly staging publicity stunts.

Just in: Ruto Blamed By Jubilee Party For Not Having Strategized Economy While He was DP

'She Will Resign in One Week' Martha Karua's Resignation Alleged