Tanzanian bongo star, Harmonize, has confirmed that he has broken up with his white girlfriend, Briana Jai. In a post he made on social media, Harmonize said that he was single again and could not believe that he had gotten himself into singlehood again. The Konde gang artist said that although big boys go through this all the time, he just was not ready for that. 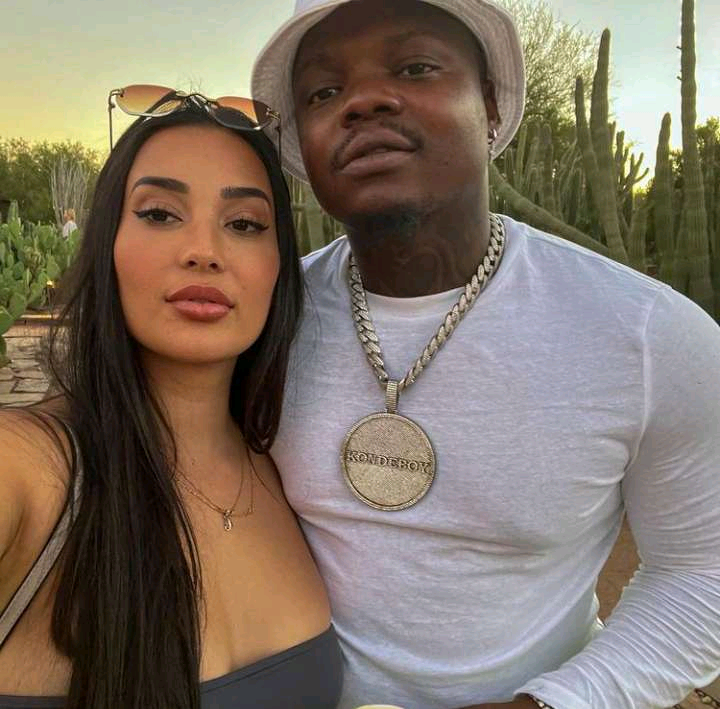 Harmonize and Briana have been all over social media posting their love affairs to the world and almost all their fans were happy for them. The break up came as a shock to many since there never once appeared to be trouble in paradise.

None of them has explained the reason why they parted ways except for the fact that Harmonize stated that not even drinking liquor like Hennessy could make the pain he was feeling go away. He posted many videos showing how he was trying to forget his troubles by parting and drinking alcohol, but again explained that his mind could not take it.

From his videos, there was a lot of liquor on his table and he said that big single boys do that all the time.

The Tanzanian artist seemed to even have sent his ex girlfriend and encrypted message saying he will see her when he is 35 years old since for now it seemed like he was just a 28 year old who was lost somewhere. This is Harmonize' s second major breakup after he broke up with Tanzanian actress, Fridah Kajala after their relationship was marred with so much drama between them, and also with Fridah' s 19 year old daughter. Upon breaking up with Kajala and finally meeting Briana, Harmonze had believed that this was the love of his life and that they would stay together forever. They made things public last year on 15th December 2021. Whatever might have happened really must have hurt Harmonize.

Content created and supplied by: Rebox254 (via Opera News )

4 Ways To Know If She Is Playing You