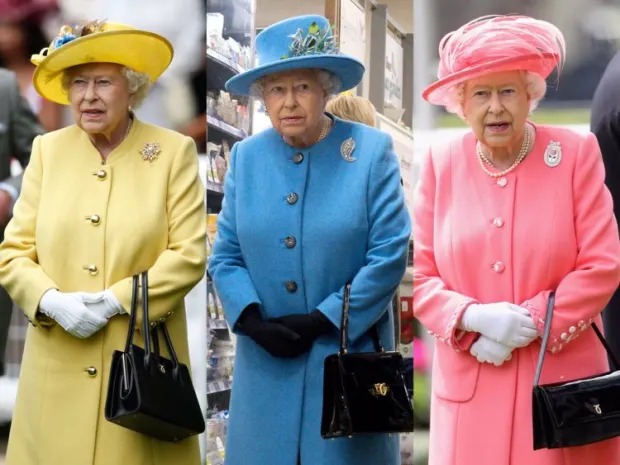 Queen Elizabeth is rarely seen in public without a handbag on her left arm. People notice her in her bright colored ensembles featuring her favorite 2 ¼-inch Anello and Davide block heels patent shoes.

She is often seen in photos carrying a handbag on her official engagements, greeting the public, having private audiences, in official royal portraits, and attending Sunday church services.

It is interesting that Queen Elizabeth not only uses her handbag to carry personal items, but she also uses it to send secret signals to members of the staff who know how to respond when they see her doing certain things with her handbag.

*It is a signal for a dinner to end in the next five minutes if Queen Elizabeth puts her handbag on the table at dinner.

*If she puts her handbag on the floor, it means she wants to be rescued from someone she is not enjoying a conversation with at dinner.

The Queen of England loves carrying handbags. She is seen in the photo below carrying one in 1933 when she was only seven years old. That was long before she became Queen. 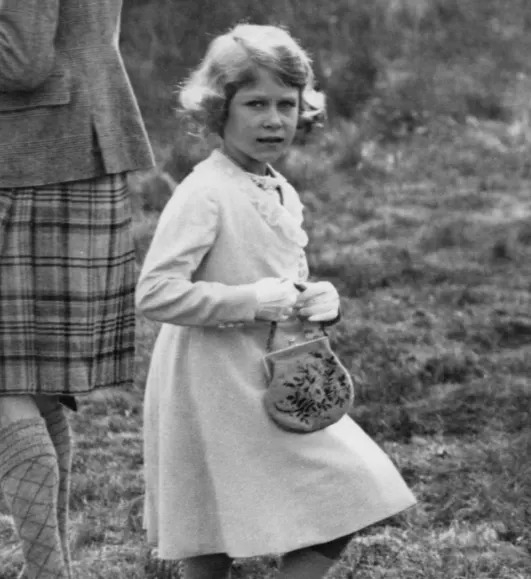 Queen Elizabeth carrying a handbag at seven years old in 1933

Queen Elizabeth is one of the most recognized figures in the world, and she is almost never seen without her iconic handbag. Even though the handbags look identical, the Queen has about 200 of them. That way, it is easier to shake hands with those she greets. 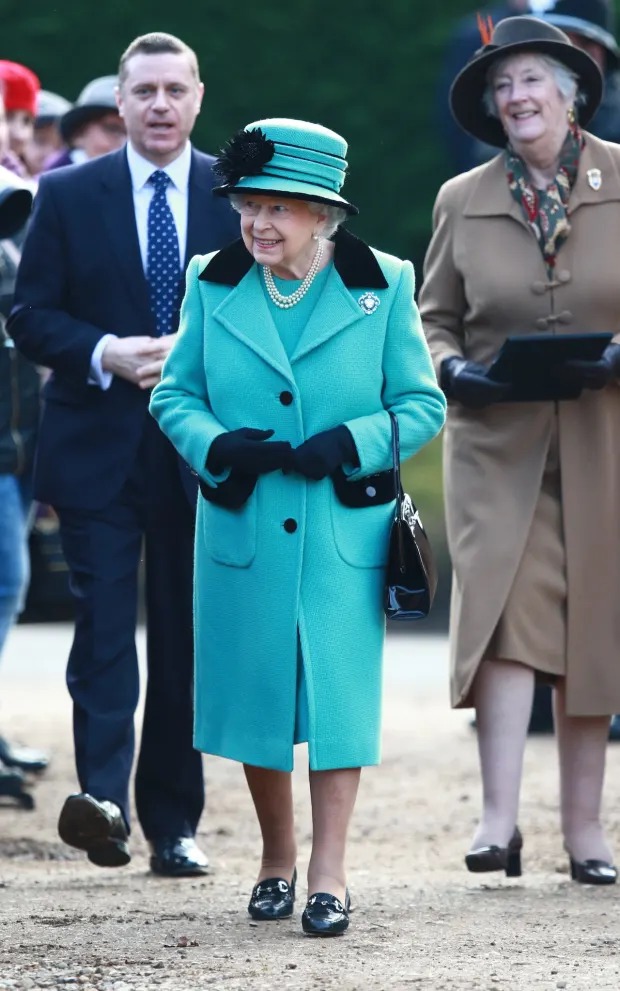 Now that we have established that Queen Elizabeth carries a purse, what does she usually carry inside?

Sally Bedell Smith, author of Elizabeth the Queen: The Woman Behind The Throne, writes that the handbag is a familiar symbol the Queen always carries on her left arm on public occasions from informal greetings to state dinners.

Her bag holds no driver's license, passport, car or house keys, bus tokens, or ticket stubs. So, what's in those handbags the Queen carries?

Queen Elizabeth has been seen taking a purse hook out of her handbag. A former dining companion of the Queen told royal biographer Sally Bedel-Smith that the monarch attaches a purse hook underside the table and the bag stays in place until she removes it when she is ready to leave the table.

Queen Elizabeth was seen taking a pair of reading glasses from her handbag in 1982 to read a speech. She has been seen doing the same thing on many other occasions over the years.

Silhouette is the name of the brand she wears that comes in semitransparent, soft plastic frames.

A packet of mint lozenges can usually be found inside Queen Elizabeth's handbag.

The Queen has been spotted on more than one occasion touching up her lipstick in public at the end of a luncheon or dinner.

Queen Elizabeth carries a small comb in her handbag even though she probably doesn't use it because she is seen in public wearing a hat.

Even Queen Elizabeth has the sniffles like the rest of us. She keeps a fresh handkerchief in her handbag in case she needs to blow her nose.

Queen Elizabeth doesn't need to carry cash or credit cards. She carries cash in her handbag when she attends a church service where only cash is accepted in the offering. The Queen always puts money in the collection plate.

It was once reported that she usually gives a £5 note which is equivalent to $6.55 in United States currency. That's the highest amount she ever gives.

The money Queen Elizabeth uses is always crisp because her staff literally irons it so there are absolutely no wrinkles. The notes are folded with the Queen's face pointing outwards.

Other items that the Queen might need are carried by her ladies-in-waiting. They travel with spare stockings, extra pairs of gloves, and a moist, lavender-scented cloth in case of heat.Needles, thread, and safety pins are also carried for emergency repairs.

Most women love handbags. The handbag that is used depends on the occasion and the outfit a woman wears.

When discussing what Queen Elizabeth carries, it is referred to as a handbag even though she carries it on her arm.

For decades people all over the world have seen Queen Elizabeth carry a handbag on her left arm. The public has wondered if the accessory is empty or if the Queen of England has something inside. But above are the things that she carries in her handbag.