A dramatic scene has been witnessed at Kipchumbwa in Marakwet East whereby a man shot his neighbor to death while fighting his brother over the debt of a cow. 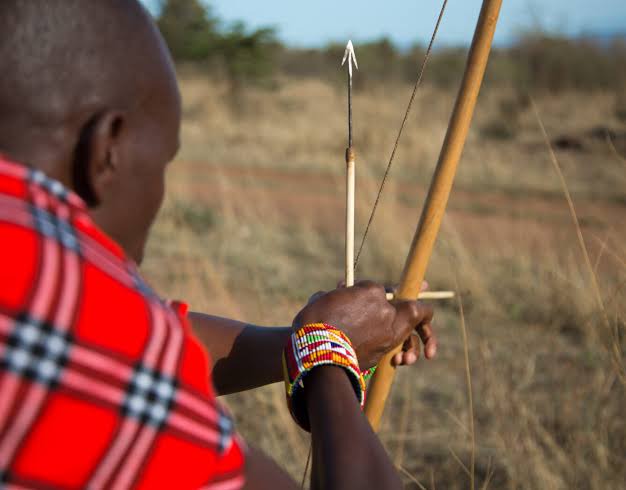 According to the DCI, there was a feud between Joel Kitum Kipkore and Onesmas Kemboi Kipkore which later saw Onesmas pick an arrow and a bow aiming at Joel but unfortunately missed his target and shot Edwin Kibor's leg who succumbed on his way to Endo Mission Hospital.

The Fracas was all brought about when the two had sold their father's cow but the buyer was unable to pay all the amount at once. So he told them that he would pay in two phases. When the buy came with the money to finish the debt, the two brothers could not agree who would take the money leading to a fight that led to the heinous act.

On seeing this, Onesmas fled the scene and went into hiding to escape the fury of neighbours and family members who were baying him. To contain their anger, the mob decided to burn 12 houses and 8 granaries belonging to the suspect.

The Kipchumbwa police officers have since launched a manhunt for the suspect while the body of the deceased was taken to Endo Mission Morgue awaiting autopsy. 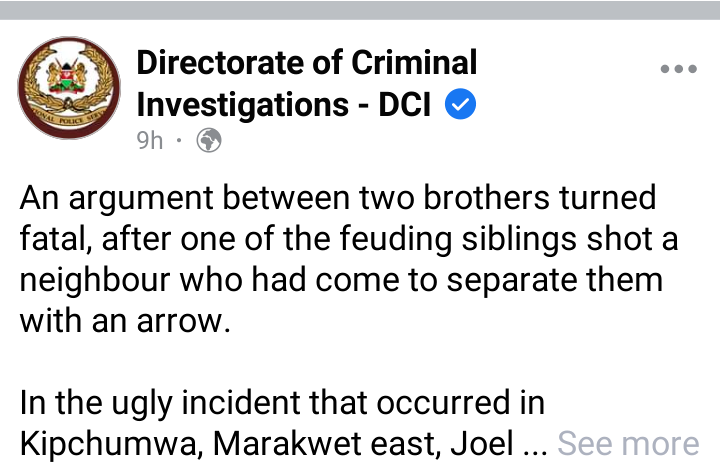 Man strangles lover to death over barrenness, sends SMS to in-laws, then hangs self with a vest