Nigerian Famous Celebrities Who Look Exactly Like Their Mom

By Abedkiprosing (self meida writer) | 6 days

The good thing about Family is that you not only get DNA from your parents but you get your early models of how you should function as a human being. As the saying goes, " Like mother, like daughter" It also makes one wonder how celebrities could look like their supermodel mothers. So today, I' ll be looking at Nigerian celebrities who look exactly like their mothers. 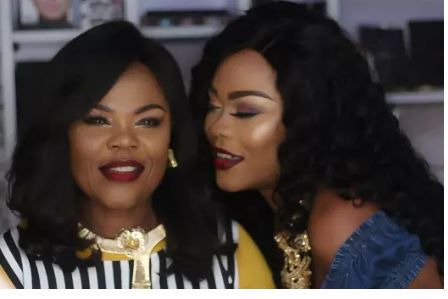 Chika Ike is a Nigerian actress, producer, businesswoman, and former model, she began acting in church dramas at the age of 6. Chika Ike began her Career as a model at the age of 16 after finishing secondary school. The fact that Chika Ike doesn' t look like her mom but a carbon copy of her mom is a fact that most of her fans don' t know. Unfortunately, her mom passed on April 18, 2016, to an undisclosed illness. Actually, when I saw her late mom' s picture I thought it was Chika Ike' s throwback picture of Chika Ike. 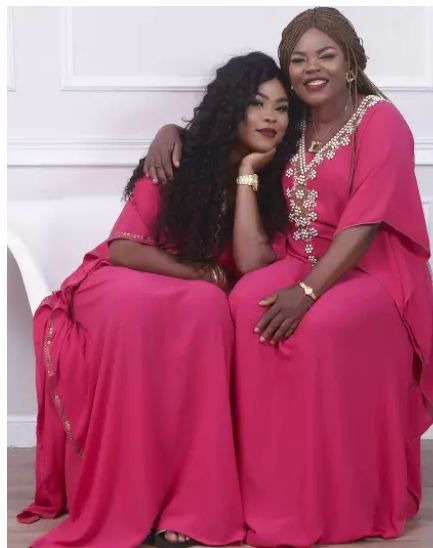 Daniella Okeke is a Nigerian actress and entrepreneur. Have you been wondering where the actress got her beauty from? Wonder no more because I' m going to show you. Daniella Okeke no doubt got her facial beauty from her mom, as you can see the striking resemblance. The actress who hardly displays her family on social media posted a picture of her and her mother on social media. The two really looked amazing together as they serve as daughter and mother goals, meanwhile, the duo looks like twins as their resemblance is enviable, seeing both of them, one can mistake them as siblings as they look amazing together and her ageless mom is a stunner.

Apart from the fact that they resemble a lot, it seems that Daniella is in a good relationship with her mom. The way they snap pictures, you could tell that they are actually good friends. As a matter of fact, they travel a lot together. In 2018, Daniella Okeke flew her mom to Dubai for the first time in her life, and she was very excited. The single actress said that they were there for a vacation, and a little mother and daughter bonding.

The curvy actress who has a span of over 10 years in the movie industry, with excitement, said on her Instagram page that she really loves her mother and appreciates her.

Mayorkun is a Nigerian singer, songwriter, and pianist. He is the first child of three, born into a family of entertainers. His mother, Toyin Adewale is a Nollywood actress and his father Sunday Adewale is an artist and movie producer, there is no doubt Mayorkun looks so much like his mother Toyin Adewale, the resemblance is perfect. In as much as both are of different gender, Mayorkun still carries a higher percentage of his mother' s gene. 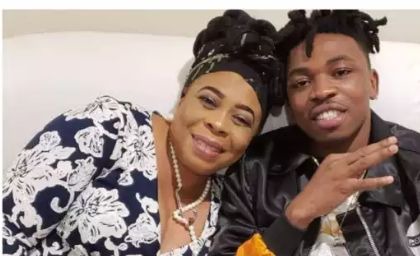 His mother started acting in 1988 where she got her role in the movie " Irepodun" , she had featured in several English soap Operas and had performed on stage with several veterans such as Papa Ajasco, Yinka Davies, and many more, she got married to Mayorkun' s father, Sunday Adewale, who she met as a student of Rimax institute and they had their 20th wedding anniversary in April 2013. 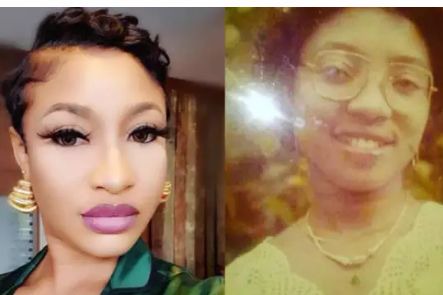 Just like Chika Ike, Tonto Dikeh is another carbon copy of her mom, the name of Tonto Dikeh' s mom is Veronica Dikeh, the way she smiles and bends her neck is the same with Tonto Dikeh. 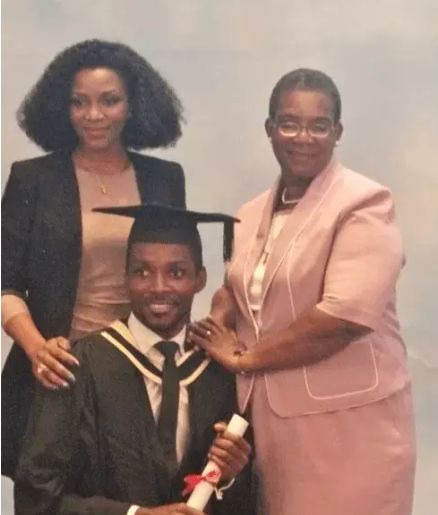 Genevieve Nnaji is a Nigerian actress, producer, and director, she was born in Mbaise, Imo State, Nigeria, and grew up in Lagos Nigeria. She is the fourth of eight children and she was raised in a middle- class family. Her father worked as an engineer and her mother as a nursery school teacher.

Genevieve Nnaji' s another actress that looks exactly like her mother. Like her daughter, Genevieve' s mother, Benedatte Nnaji is also a black beauty with so much pride in her color. It is said that Genevieve Nnaji does not only resembles her mom, but they have the same character. As a matter of factor, Genevieve Nnaji in an interview said that it is only her mom that understands her well in the house, not that her father doesn' t understand her but her mom is more understanding and comfortable with her. Sometimes it is very difficult to tell the difference between her beautiful mom and her daughter.