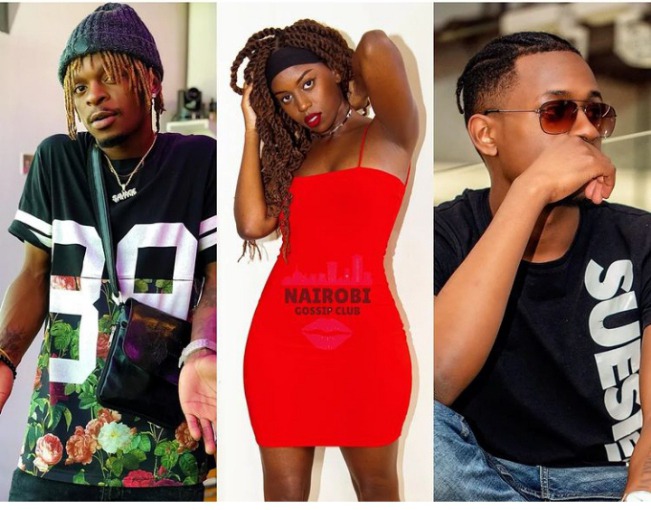 As usual it's important to understand that relationships especially the ones involving young people are always full of scandals. You may think it will last but after a while the whole thing changes and people become something else. It happens that one of the young TikTok queens is now trending after her boyfriend exposed her for cheating.

Cindy is a popular young celebrity who's recognized as one of the top TikTok stars serving Kenyans with hot celebrity goals. She's just a young lady and bff to other TikTok celebs including Keranta, Ajib Gathoni and Khan. The lady has gone viral after developing a hot fight with her ex boyfriend.

News reveal that Cindy's guy identified as Shaq the Yungin took his Instagram page to claim that his girlfriend has been cheating on him with his best friend Sean. That kind of stuff led to a very tough situation for the two as they started attacking each other online. Cindy came out clearly and told Shaq that Sean is the guy that has always held her in all situations when Yungin threw her off to the ground.

" As for Sean, he was always there to catch me when you push me to the ground."

Cindy has also confirmed that they parted ways a long time ago after the relationship became extremely toxic. So nobody cheated on Yungin, he's just raising alarm for no reason. She tells the ex boyfriend that the person she chooses to move on with doesn't concern him anymore. It's now final that they aren't together as the girl adds that no one will ever tell the entire story of whatever happened. 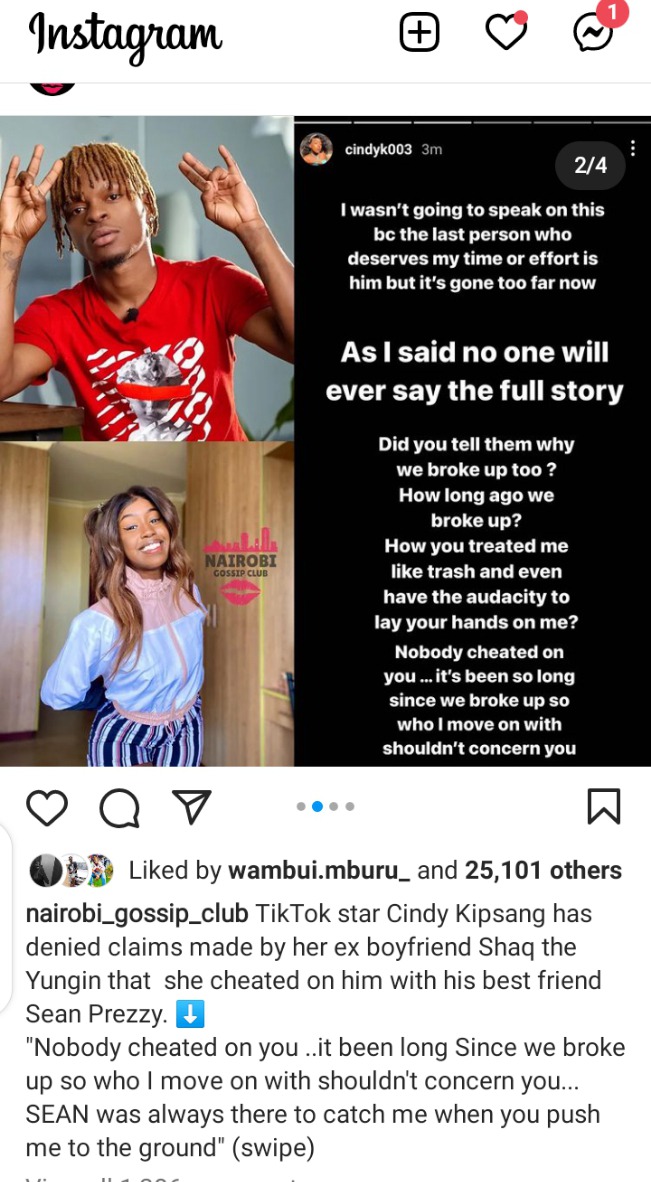 1 Dead, 3 Injured As Lorry Losses Control And Overturns Along Changamwe-Miritini Road In Mombasa

Things about your relationship that you should not tell your friends.