"He Applied Glue On My Mouth And Hit Me In The Stomach So that I Could Miscarriage." Sarah Narrates

Sarah from Naivasha painfully narrates how she was seriously beaten by her husband for getting pregnant. she vividly remembers how he used glue to seal her mouth to prevent her from calling for help.

Sarah was born in Naivasha county in a humble family. she finished her primary education and due to lack of funds she never joined secondary school. She found a job as a househelp in Nairobi where she worked for seven months.

Sarah said that during her Hustles she met a young man who showed alot of love and soon after dating for few months the two moved in together. she was eager to start a family and she got pregnant immediately. 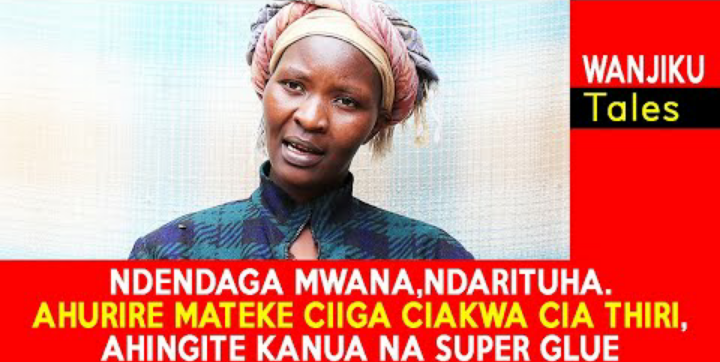 Nine months later she gave birth but her husband advised her not to get pregnant again since he wasn't stable enough to take care of them. Sarah started using family planning and things went well until she forgot to swallow a pill.

She said that weeks later she started vomiting and feal nousea. She went to hospital and she was informed that her blood pressure was high and she was pregnant.

"I didn't know how to break the news to my husband. I was scared." Sarah stated.

She went home and that evening after having dinner she told her husband about her situation. He was so furious that he told her to leave the house. Sarah refused and that's when he did the unthinkable. He grabbed her by her hair and threw her on the floor.

He went to the bedroom and came back with glue which he used to seal her mouth. After that he started beating her. He hit her on several occasions in her private parts and stomach telling her that he wanted her to loose the baby

"He hit me on my private parts and stomach so that I can loose the pregnancy." Sarah said

When she was uncouncious he left the house with the baby leaving her to die. That morning Sarah gained conciousenes and crawled to the door where she managed to slide out.The neighbours saw her and took her to hospital.

After some treatment she was discharged and went back to her parents house where her inlaws delivered her baby. Nine months later she gave birth to a healthy baby and she has never returned to that marriage again.

Celebrations At Arsenal As Another World Class Star Arrives at the Club, Lisandro Martinez Bid