By Ckibiba (self media writer) | 18 days ago 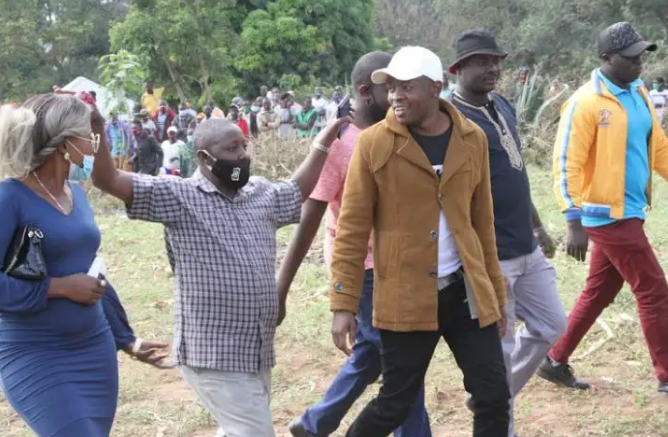 Osogo, whose real name is John Okinyi, has, over the years, built his name as one of the leading Ohangla singers and lead singer of his Ohangla Boys Band.

Curiously, not a single Ohangla is ever seen in his videos, and it remains a matter of contention whether his songs really are Ohangla, or simply just Luo songs.

Osogo shared that it all started back when he had just hit the scene as a new popular Ohangla singer.

He was then called for a performance in his home place from Kisumu by a group of young people. They agreed on a Kshs 80, 000 performance fee and even gave him 40, 000 as down payment.

Everything went according to plan. Osogo got there on the agreed day, had a wonderful performance and finished nicely.

As he was changing from his costumes and getting ready to leave, he realised that something had happened to the vehicle he was supposed to leave with.

Osogo was narrating all this during an appearance on KTN’s weekly show Benga Stars.

When he got out, he found that the vehicle had hit a tree. Immediately struck him since the vehicle was carrying his wife, his aunt and other close relatives.

Before he could even digest everything that was going on in the melee, a young man appeared out of nowhere and smashed the windscreen of the vehicle with a stone.

This naturally angered him, pushing him into a fight with the aggressor. Others then got involved in the fight which turned into a brawl, and that was how he found himself at the hospital.

He also spoke of another incident where a group of armed rogue policemen assaulted his elder brother, and arrested the younger one, seemingly with an intention to execute him.

He stripped naked and stopped the police from going with him, figuring that if he didn’t do something drastic, the results would have been catastrophic.