By Gabbymedia (self media writer) | 24 days ago 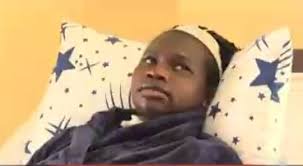 Felix Orinda Alias DJ Evolve is mourning following the death of his mother Mary Hongo. According to report DJ Evolve's mother got breathless, collapsed and was rushed to the hospital where she was confirmed dead on arrival.

The source further reveals that Felix Orinda fainted when he was informed that his mother was no more. Her death is a major blow to incapacitated Felix Orinda who was been bed ridden since last year when he was shoot by Embakasi East Member of Parliament Paul Ongili Commonly known as Babu Owino. 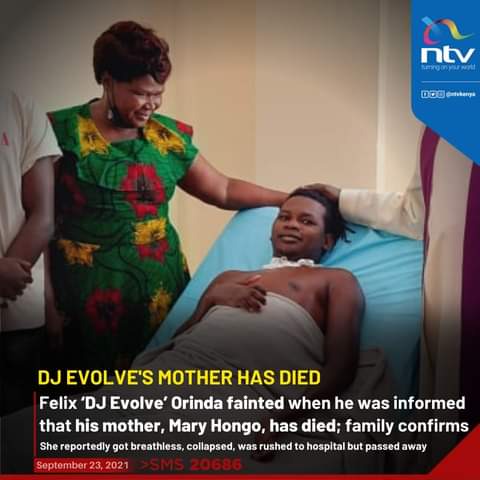 Felix Orinda also known as DJ Evolve has been bedridden for over one and a half years after being shot by Embakasi East MP Babu Owino at Nairobi's B-Club in January 2020.

He was immediately rushed to Nairobi Hospital where he was treated for months. Later, Evolve was discharged and has since been receiving treatment at home. He has not gained his mobility yet but hopes to stand on his feet one day and embark on his entertainment job.

Condolences to DJ Evolve and his family for the loss of his beloved Mother. May her soul rest in Eternal Peace.