By Djrhymez (self meida writer) | 27 days 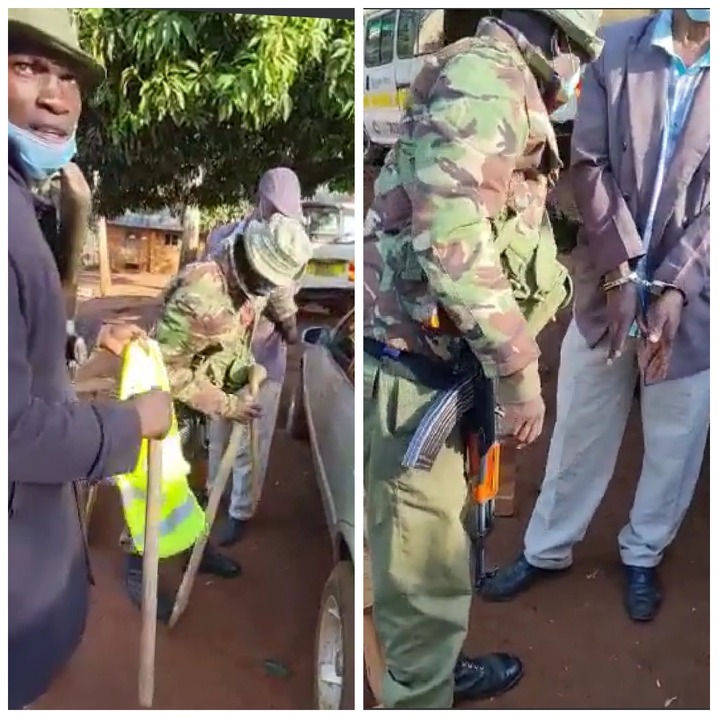 A Middle-aged man in Bonchari Constituency has faced the full wrath of police officers in the area after he was nabbed pants down bribing voters.

In a video uploaded by, Dp Ruto point-man from Bonchari The Don, the middle-aged man was caught with thousands of cash by police officers.

According to one of the officers, he had previously eyed the middle-aged man early in the morning as he dished out cash to voters in the area.

Bonchari went back to the ballot after the untimely demise of the area parliamentarian John Oloo. 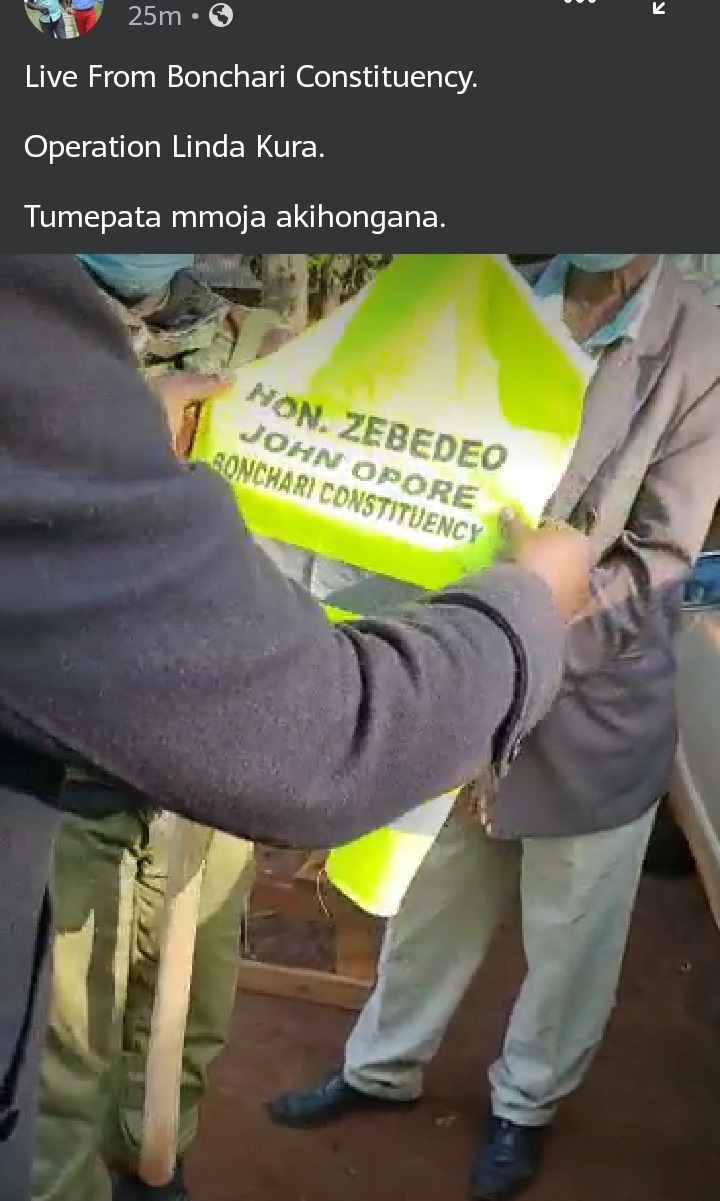 Oloo passed on after a long illness where he was receiving treatment at Aghakhan hospital before his death.

After the seat was declared vacant, parties; Jubilee, ODM, and UDA all fronted their candidates with hopes of clinching the seat.

Yesterday night, ODM accused police officers of trying to arrest their point man at one of the local hotels.

Earlier reports had it that Silvanus Osoro has been arrested by detectives hours before the by-elections.

A huge police contingent has been witnessed in the area after security fears were reported.

Voters' bribery is highly prohibited and is punishable by the law.

A huge smackdown is expected as leaders try to showcase their supremacy in these respective areas. 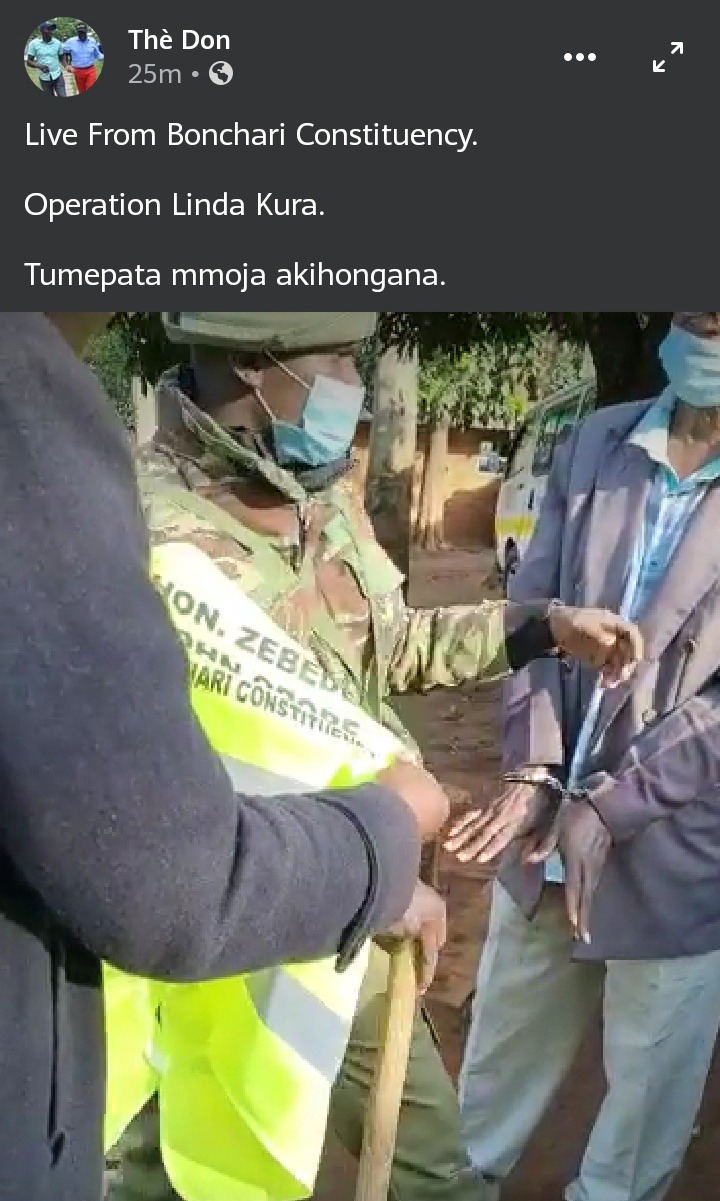