By Entertainment_Today (self meida writer) | 24 days 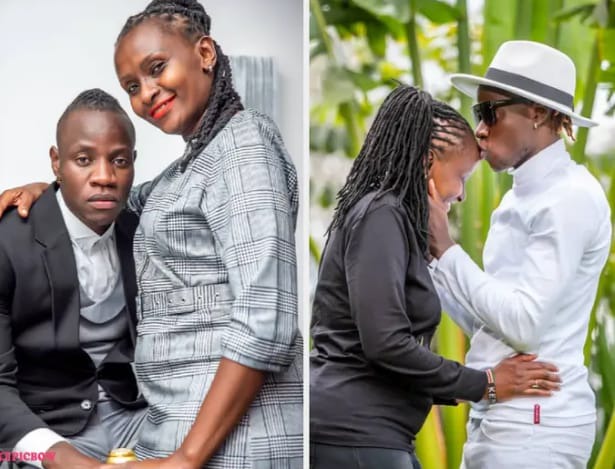 Gospel musician Guardian Angel and his 52-year-old girlfriend Esther Musila have attracted attention on social media following recent videos that they published on the internet. The two are known for always showering each other with love regardless of the criticism against them. Previously, the couple was attacked on social media by critics on the grounds that Esther Musila was too old to be Guardian Angel's girlfriend. The love birds ignored the criticism and several months later they are still strong in love. 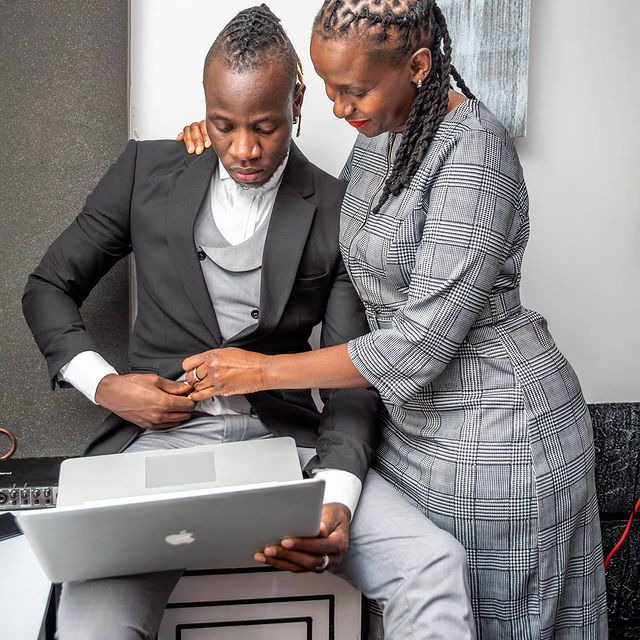 Guardian Angel and Esther Musila have served a couple of goals on the internet with the videos that gave their fans a sneak preview into their lives. Although the two are public figures, they rarely let their personal lives into the public. In the two videos, however, they opened up on supporting each other and how much they value each other.

"My love, this is truly magical and I am so happy to be part of this amazing journey in our lives. God is truly faithful," Esther Musila told Guardian Angel in one of the social media posts.

Guardian Angel pointed out that he loves how Esther Musila celebrates his achievement and how much she was proud of him. The artist was referring to a recent project that he undertook with the help of his girlfriend.

"It is how she celebrates my success for me. I love you so much Esther Musila," Guardian Angel's statement read. 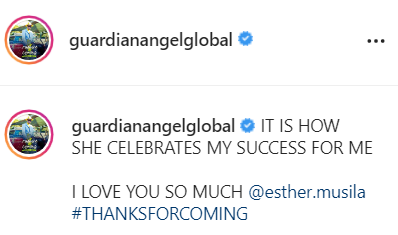 The gospel musician recently came out to dismiss claims that he was in a relationship with Esther Musila for other reasons aside from love. He insisted that they were in love and netizens should accept their relationship.

Juja MP George Koimburi Reveals Details On Why Mt. Kenya Cannot Have A Candidate In 2022

Raila, Ruto Given Some Hopes On 2022 Succession Battle As New Claims Emerge On Mt. Kenya Division

Sakaja Discloses Why He Calls DP Ruto Frequently, But Not Calling President