Fans Reacts After Felicity Is Spotted On Pluto's House, Days After Announcing Their Break Up. 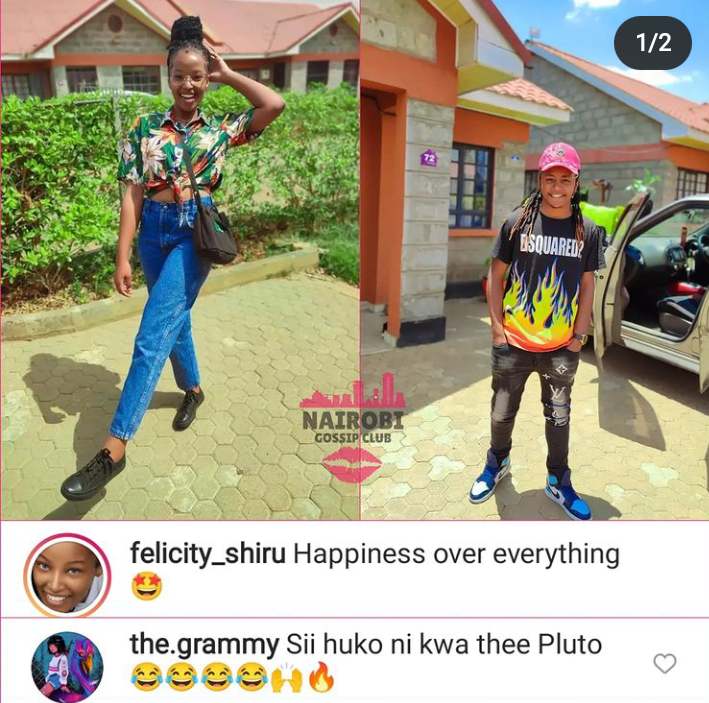 Felicity Shiru is currently the alleged ex girlfriend of Pluto whom they recently announced that they had broke up. Felicity and Pluto used to do content creation together as a couple. However when the couple broke up, Felicity opened her own You Tube Channel where she is also doing content creation.

Felicity and Pluto announced their break up via Social Media. Pluto revealed that he was the person who decided to end the relationship because he felt that he hardly knew his girlfriend well. Pluto acknowledged to have rushed things.

However it seems Pluto and Felicity did not actually break up but it seems like they created clout do as to earn followers. Most fans have leaked that Felicity often goes to Pluto's home and they have been seen together on several occasions.

However Pluto revealed that he never broke up with Felicity in a bad way and that they are still friends. See how fans have reported to the story of Felicity being spotted on Pluto's House below.