By CrimeBuster (self meida writer) | 2 days

Kenyan creative industry is currently mourning the untimely death of one of their own colleagues who allegedly succumbed to cancer today in the morning at 10 a.m. According to the reports given by the a reliable source of information, it has been reported that the deceased who has been identified as Eric Ndavi had been receiving medical treatment In one of the hospitals where he had been admitted.

Further reports have revealed that the creative mind behind several Kenyan television and Radio adverts had been battling cancer despite the fact that he didn't disclose this to most of his colleagues and fans.

Taking to different social media accounts, the brother of the deceased revealed he passed away today in the morning after battling the illness for a long time. 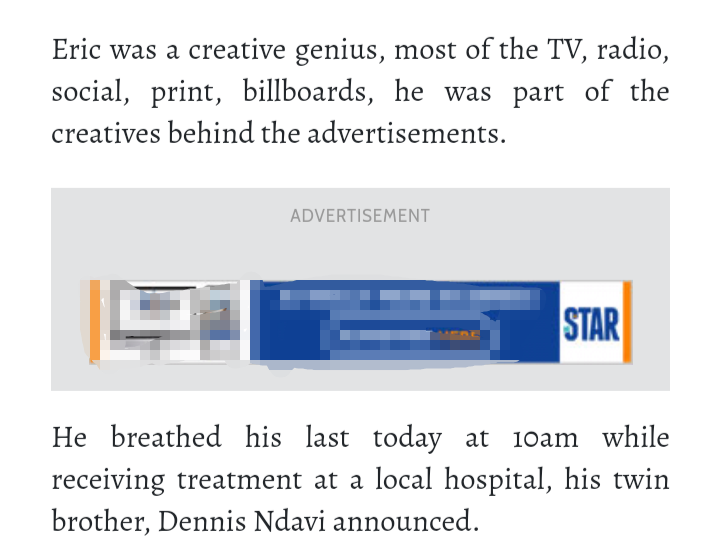 While reacting to this incident, Kenyans who knew the deceased have described him as a kind hearted person who was always happy despite the fact that he was going through something.

Due to this reason, a section of Kenyans who sent their heart felt condolences to the family and friends of the deceased have called upon the family to release his burial dates for them to attend and pay their last respect. 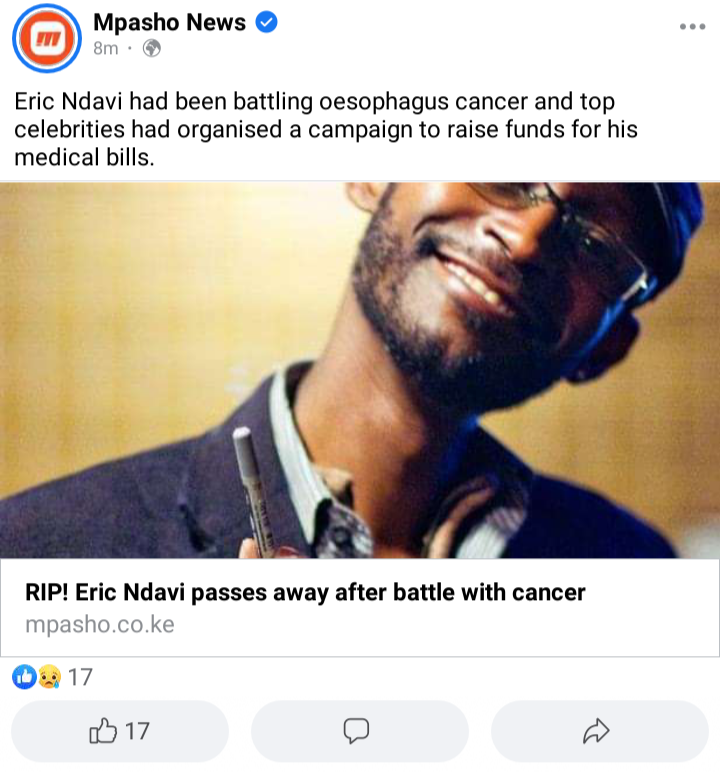 Missing Lady is Found Dead at The Thika Hospital Mortuary

Please Help Us Bury Our Sons, Mother of Children Killed By Kidnapper Breaks Into Tears