'I Apologise But Am Not Toxic' - TV Personality, Amina, Breaks Silence After Netizens Went After Her

- The TV Personality, Amina Abdi has finally broken her silence over what Netizens term 'being toxic'.

- She say if there is anyone who she ever gave the kind of reception they didn't expect, she apologise but she is not toxic

The TV Star Amina Abdi Radar has finally broken her silence after Netizens on social media went after her for allegedly being Toxic. 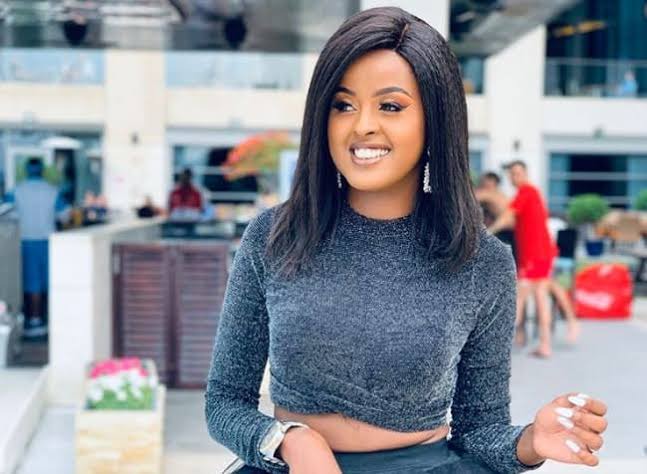 The Media Personality had to go live on NTV and do much explanation on allegedly creating toxic work environment for the colleagues.

In a Video that was first posted by NTV on its official Twitter account and later deleted, Amina can be heard apologising.

Mpasho has since reposted the same video on its Twitter.

"If there is anyone who I've ever given the kind of reception they didn't expect, I apologise but am not toxic." Amin Abdi Radar stated.

"Amina Abdi had to apologize live on TV after seeing what happened to Miss Mandi. Ogopa KOT 😂😂. But we will go after Ntv for deleting that tweet. The rules are clear..." Gideon Kibicho posted.

A couple of days ago, Amina and Miss Mandi have come under sharp criticism from Kenyan On Twitter (KOT) for creating toxic working environment for their colleagues.

This followed after Dj Lithium reportedly committed suicide at the capital FM which is rumoured to be as a result of the hostile working place.

"Capital FM sounds like a very TOXIC workplace. Yesterday Koome exposed how Miss Mandi the bully made his life a living hell. Now DJ Lithium has committed suicide! And then there all these allegations that Amina Abdi is also a workplace bully! Anyhu, RIP Lithium." Carol Makandi tweeted.